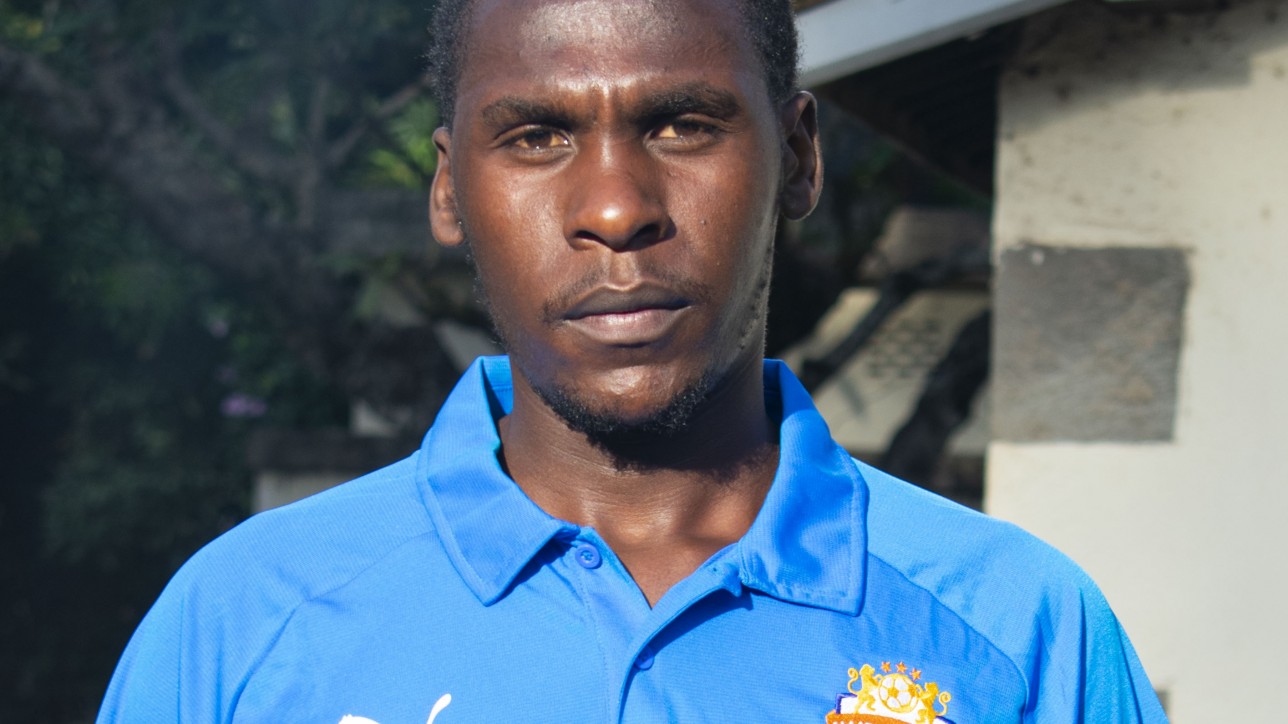 The two completed their entry to Simba wa Nairobi on deadline day – Friday 31 January 2020 – on short term deals to the end of the season.

Tedian, a former Bidco United player arrives from fellow National Super League (NSL) side Fortune Sacco where he was the captain.

“I am back home. This is where it all started for me and I am glad to return and continue from where I left.” said a beaming Kamau

On his part Tedian (pictured below) had this to say;

“To join a team that is chasing promotion is exciting and challenging at the same time. I am glad I can now be part of that journey.” Commenting on the two arrivals, head Coach Sanjin had this to say;

“Kamau provides us with good options on the left channel which will be very important to our course while Teddy (Tedian) solidifies our defense. We welcome them on board.” he said

They take up the places of eight who exited the club in the just ended transfer window; keeper Vincent ‘DC’ Khatili who has since joined NSL side Kibera Black Stars, defender Cornelius Mutiga Mwangi who is now at Mwatate United, utility back Victor Okulu who joined Mt. Kenya United as well as Peter Wainaina, Heritier Luvualu, defender Agustine Ochieng, striker Stephen Mweni and winger Nahashon Thiong’o.