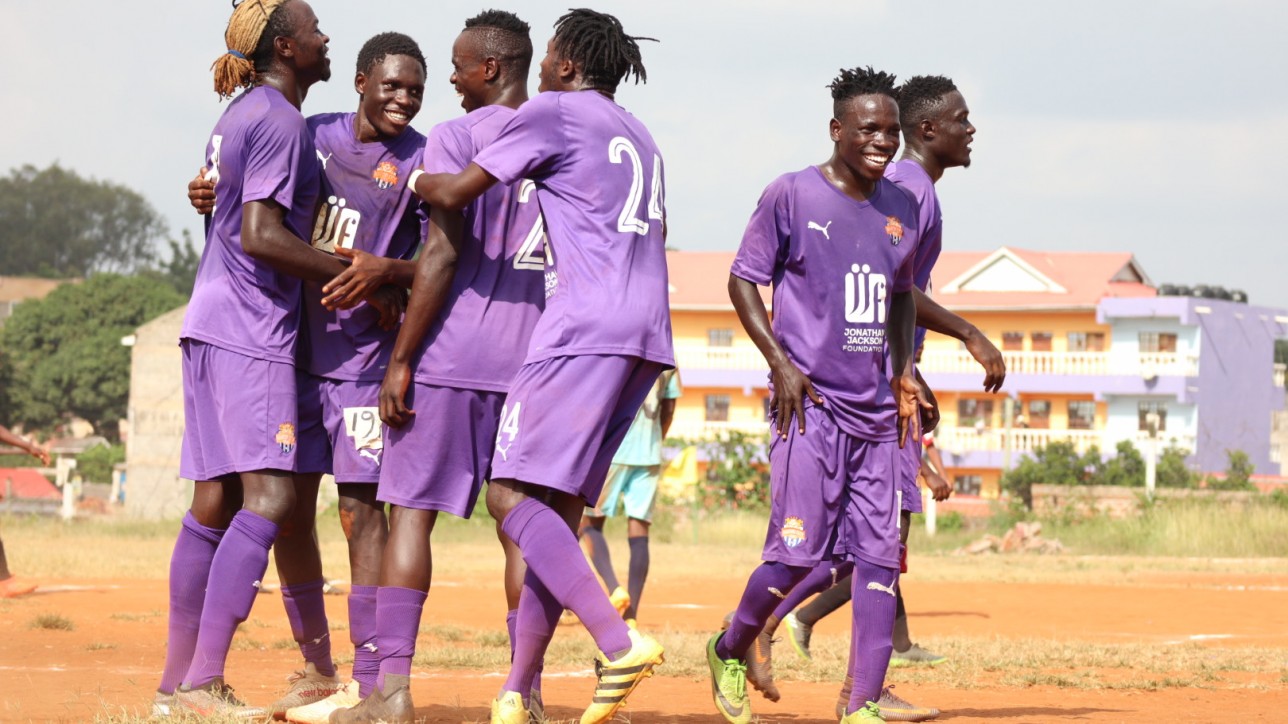 Nairobi City Stars eased past Betway Cup round of 64 after registering a 4-1 come-from-behind win over Mutomo Tigers at Kitui Stadium on Saturday 13 February 2021.

Evans Mutuse sent the hosts 1-0 up six minutes after restart and the response for Simba wa Nairobi was immediate as Timothy Noor Ouma aka Babu grabbed an equalizer soon after.

Ebrima Sanneh then claimed a brace on either side of Davis Agesa’s goal to complete the comeback in the battle of the cats.

Watched by a sizeable crowd, the game received a wild cheer when Obagor Lubagakee had a sniff of goal eight minutes in.

Though the attempt forced City Stars keeper Jacob Osano to slip, it went just wide activating hope and belief for the Tigers.

Three minutes later action was on the other end but a goal attempt by an energized Johna Elijah dinked just past the crossbar to land behind the goal.

Between the water break and half time, skipper of the day Ezekiel Odera fluffed Bolton Omwenga’s cross while in the box. Moments later Omwenga curled a freekick just wide to leave the game tied at 0-0 heading to the breather.

Six minutes into the restart, an Issa Ibra cross from the right into the box, originally from a corner on the left, found an unmarked Mutuse who headed home at the near post past the City Stars defense that had assumed the ball had gone out. The cheer that followed from the crowd was deafening.

While the goal spurred the hosts many fold, it swung City Stars into high gear and three minutes later it was level at 1-1.

An Omwenga corner from the left received a low header-flick from Odera into the box for Babu to tap home for his first competitive goal in City Stars colors.

A triple substitution by City Stars head coach Sanjin Alagic a minute after the leveler led to a complete turnaround in proceedings.

Strikers Ebrima Sanneh and Davis Agesa as well as winger Rodgers Okuse Okumu took up the places of Odera, John Kamau and Okaka, in that order.

Minutes later, Erick Ombija who had come on for Jamaica at the start of the second half, rifled a cross from Babu just above bar as City Stars piled on the pressure.

In the 70th minute, ten minutes after Ombija’s near-miss, it was a different tale as Sanneh leapt highest to power home a header off a long Onguso throw in to send City Stars 2-1 up.

With six minutes left, surefooted Okuse evaded three markers from mid pitch into the box to force a corner. Omwenga delivered it well for Agesa to head home at the near post to stretch City Stars lead to 3-1.

Two minutes to time returning  right back Kevin Chumsy Okumu dropped a long ball in the box for Sanneh who, after a few twists and turns on defenders, fired home the final goal of the game to confirm City Stars place in the round of 32.

City Stars played a man less from the 65th minute after defensive mid Charles Chale Otieno was slapped with a straight red after being adjudged to have had a nasty challenge on Mutomo Tiger’s substitute Mustafa Chenge. Wesley Onguso and Wycliffe Otieno chase the ball during a round 64 Betway Cup tie against Mutomo Rangers at Kitui Stadium on Sat 13 Feb 2021. City Stars won 4-1 Kevin ‘Çhumsy’ Okumu of Nairobi City Stars against a Mutomo Tigers player during a round 64 Betway Cup tie at Kitui Stadium on Sat 13 Feb 2021. City Stars came from behind to win 4-1