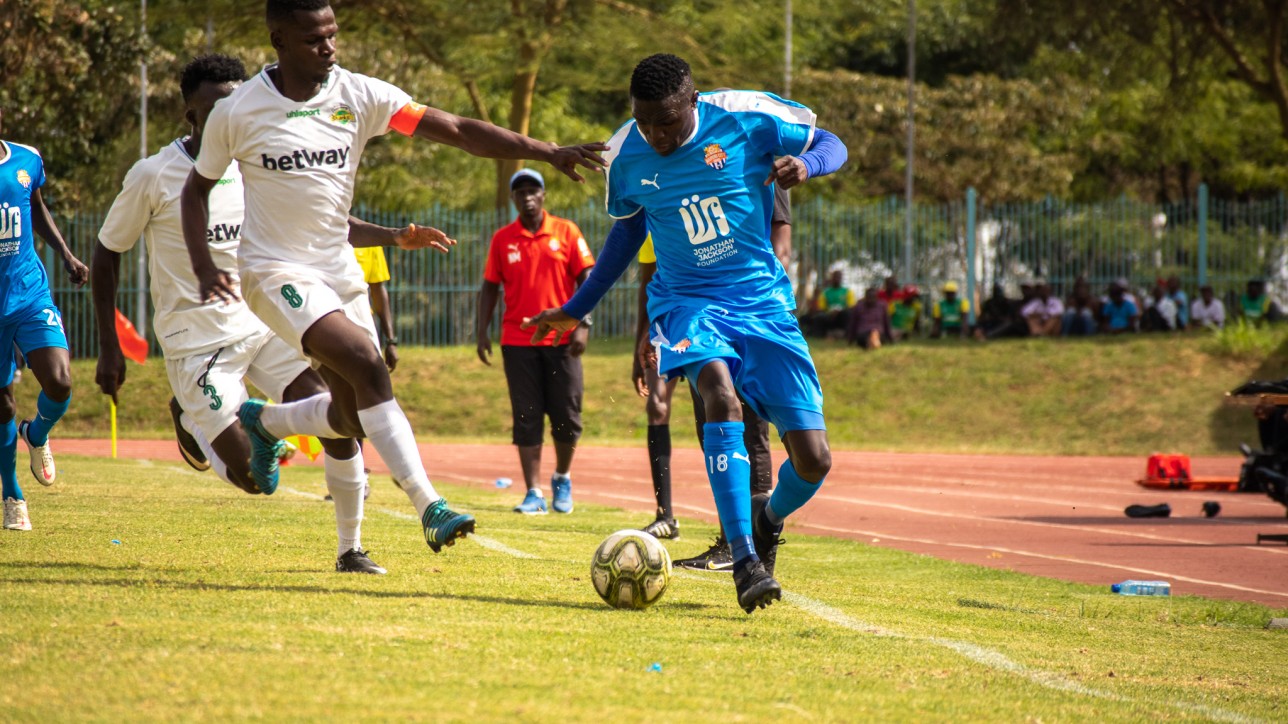 Defensive midfielder Sven Yidah opines that Nairobi City Stars’ good run in the current FKF Premier League season is due to a good coach, and a more confident and unchanged squad.

According to Sven, those three factors that have led to a better approach to matches hence improved results and placing on the table.

Having played 17 games and halfway through the season, Simba wa Nairobi is placed second with 31 points, three off log leaders Kakamega Homeboyz.

“Last season, some of the players featured in the premier league for only the first time. Now they have matured and are more confident and they know exactly what is required from them on and off the pitch,”

“The management has also helped a great deal by maintaining last season’s team and bench. That helps a lot as team chemistry has been maintained,”

“We have a coach who’s a legend not only in the league but also at the National team level. His experience is really helping us,”

“Having played in this league, Muyoti understands how the system works and how the grounds are. Moreover, he has played with some of the coaches in other teams making it easier for him to pick their philosophy,”

“Muyoti’s combination with former City Stars captains on the bench such as (Arthur) Museve, (Noah) Abich, and (John) Amboko is turning out to be of great value,”

“All these are part of the reasons why we are placed second on the table,”

Beyond team performance, Sven, now in his second season with Simba wa Nairobi, is happy with his own progression.

“This season is much better compared to last season. Then I was new and only knew two former Kariobangi Sharks players; Wiked (Wycliffe Otieno) and (Ebrima) Sanneh, as well as Shitu (Salim Abdalla), my former teammate at Ligi Ndogo,”

“I had also not worked with anyone in the technical bench as well as in the management team. All those were new challenges and learning process. This season is much better as I am treading on familiar ground,”

“I have played more minutes compared to last season a time like this and contributed more to the team which points to individual progress.” concluded Sven

Thus far, Sven has started all 17 games and has gone on to complete 15 of them on his way to clocking 1,519 minutes of a possible 1,530 minutes. He has scored twice and provided an assist.

At the same point last season, Sven had clocked 1,224 minutes having featured in 16 of 17 games. He completed eight games and came off the bench three times. He had a goal and an assist. Sven Yidah going for goal in the 36th minute against F Talanta in Kasarani Annex on Sat 8 Jan 2022. His goal added to Muki’s for City Stars to register a 2-1 win