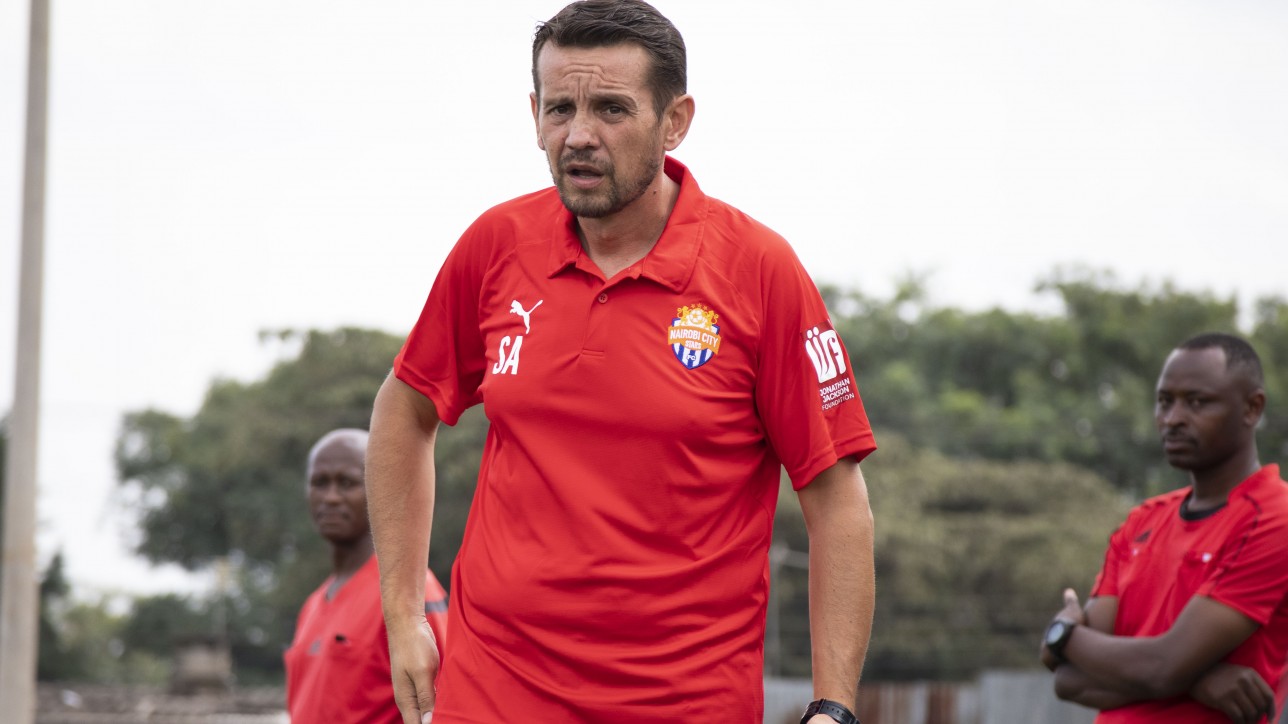 Days after falling off 1-0 to champions Gor Mahia, Nairobi City Stars head coach Sanjin Alagic reckons the team has all it takes to be a great team in the near future.

This he considers is brought about by the team’s gradual stride into the premier league years after sitting out the top league.

Thus far, the team has picked 17 points from as many games and currently sits twelfth in the 17-team standings.

Tracing back to the immediate past game against Gor Mahia, this is what the coach had to say;

“I need to congratulate my players for a great performance. We definitely deserved more because we were the better team in that match,”

“Even with a player less, NCS attacked and made pressure on Gor and we had an amazing chance in last minute when Kip (kirui) and Rodgers (Okumu) were alone in front of goal,”

He roped in Tusker into the conversation, a team City Stars drew with 2-2 prior to facing Gor Mahia, after letting go a 2-0 half time lead.

He talked of how conceded goals cost City Stars in those two games;

“It’s disturbing when you see the how unlucky we conceded goals against Gor and Tusker,”

“City Stars has played really good football this season and we deserve to have more points. But the fact is that this team is still growing up through this Premier league matches,”

“I’m sure this team has a great future.” concluded Sanjin

With the first leg of the league over and out, Sanjin can now prepare the team for the second leg starting off with a home game against Sofapaka on Monday 24 May 2021 at Ruaraka.