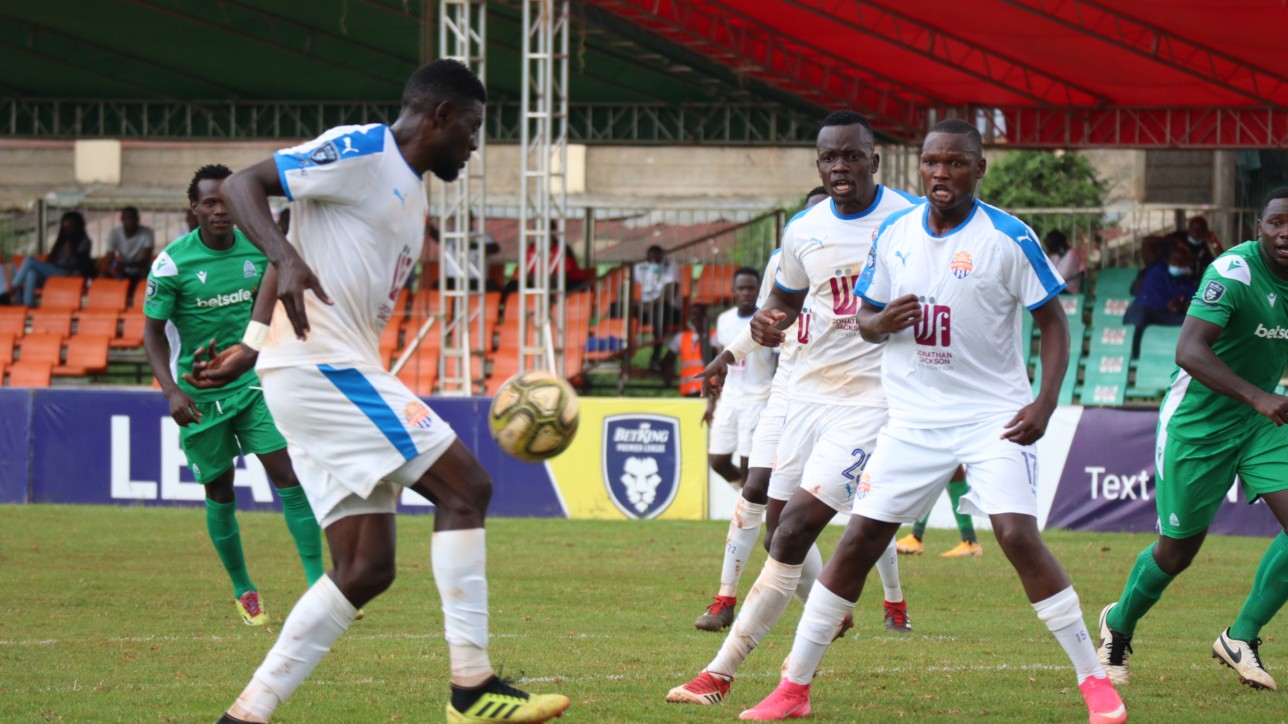 A lone rebound goal by Burkina Faso’s Karim Abdoul handed champions Gor Mahia a 1-0 win over Nairobi City Stars in a round 17 premier league tie at Utalii grounds on Sunday 16 May 2021.

Cliffton Miheso, off the left wing, smacked the crossbar in the 31st minute and the ball generously fell within reach of Karim who guided the ball home for the only goal of the game that turned out the winner.

As early as the fifth minute Kenneth Muguna had tested City Stars keeper Stephen Njunge with a low freekick that Miheso had won off the top of the box. It eventually resulted in a goal kick.

Inside 20 minutes, City Stars field skipper Anthony Muki Kimani had twice gone close to grabbing at least a goal. I the 16th minute he sent a freekick just wide and five minutes later he fired a shot wide.

A minute to the half hour mark Miheso brought in a dangerous cross that weaved just wide of Njunge’s goal. His next attempt two minutes later brought the goal by Karim.

Dented by the goal, City Stars went in search of the leveler and the best of the chances fell on Muki who sent a rebound off a  freekick wide three minutes to the breather.

Five and ten minutes into the restart, Gor dangerman Muguna fired two direct long rangers home only to be denied on both occasions by Njunge.

City Stars were forced into early changes when Oliver Maloba, who had most run in on Gor defense in the first half, exited the scene of play in the 63rd minute. He was replaced by Nicholas Kipkirui who came on to meet his former employers.

The game took a new twist in the 74th minute when City Stars striker Erick Ombija was slapped with a straight red card after a swinging hand in an off the ball incident caught out Gor debutant Frank Odhiambo.

But just before the changes, Gor missed a glorious chance to double the lead when Ugandan-born Tito Okello sent a header wide at the far post when it was easier to score after being picked out by a switching cross from the left by left back Geoffrey Ochieng.

Not too long after City Stars subs, Gor reacted by onboarding Alpha Onyango for Muguna and Samuel Onyango for Tito.

And City Stars coach Sanjin then threw in striker Ebrima Sanneh for Davis Agesa and Edwin Buliba for Kevin Chumsy Okumu at right back.

There was late drama when, twice, Kipkirui sneaked behind Gor defense to receive through balls but on both occasions was denied by keeper Gad Mathews.

Gor and City Stars were meeting in the top flight for the first time since July 2016, and the win for the champions means City Stars are still in search of their first win over their foes for the tenth year running.

The win sees Gor Mahia step-up to 22 points and move two places up from eighth to sixth from 15 games as City Stars remains on 17 points from as many games.

Due to other results, Simba wa Nairobi now drops down a place to 12th spot. They next host Sofapaka in Nairobi on Monday 24 May 2021. Simba wa Nairobi skipper Anthony Muki Kimani shielding the ball off Gor Mahia’s debutant Frank Odhiambo in a round 17 clash at the Utalii grounds on Sun 16 May 2021. Gor won 1-0 Simba wa Nairobi’s Edwin Buliba clears the ball ahead of Gor Mahia’s Geoffrey Ochieng in a round 17 clash at the Utalii grounds on Sun 16 May 2021. Sven Yidah looks on. Gor won 1-0