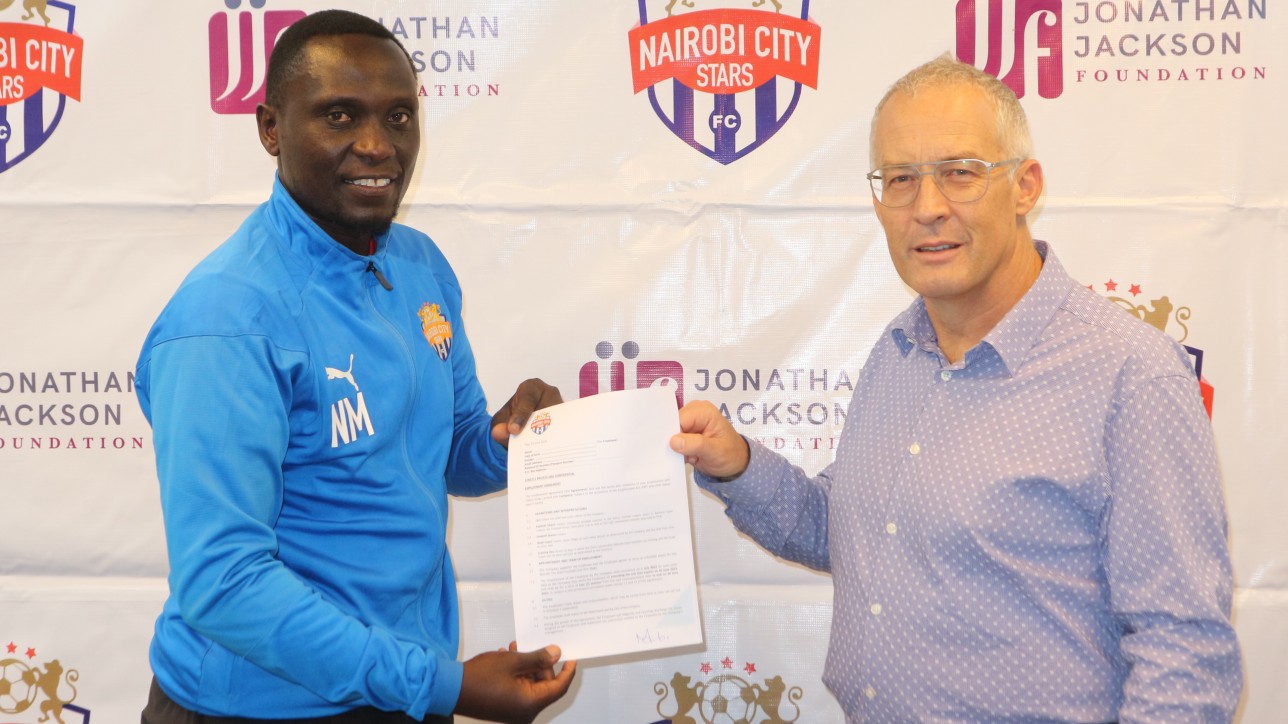 Muyoti, a former Kenya captain, capped 17 times for the national team between 2001 and 2004, joins City Stars on a three-year deal.

He will be assisted by club legend John Amboko who handled the club from mid-July 2021 after the exit of Bosnian Sanjin Alagic at the expiry of his contract and two-year tenure.

“Muyoti is a skill and performance-based coach known for his leadership and good relationship with players from the young to the senior ones,” said club chair Jonathan Jackson

“He became the best fit for Simba wa Nairobi as the club has a balanced squad full of youth and experienced players,”

“I take this opportunity to usher him to Nairobi City Stars.” Added Jonathan

“We were made aware of his availability at a time when we were looing through a pile of applications from both local and foreign coaches,”

“His recent track record where he made Homeboyz a formidable side in the last three seasons with a top-seven finish in all instances, as well as his great personality, became our attraction point,”

“Most importantly, Muyoti is known for his voluntary service to the community which directly aligns with the strong pillars of the Jonathan Jackson Foundation that manages Nairobi City Stars,”

“It goes to say that in many fronts he suited the Nairobi City Stars family.” added Korir

In taking up the role, Muyoti had this to say:

‘I would like to thank the chair Jonathan for the opportunity and for the confidence he has shown in me to coach Nairobi City Stars,”

“When I left my last workstation, I was to seek an opportunity outside the country but when the possibility to join City Stars came by I had to change my plans,”

“That possibility turned to reality, and it excites me to be part of Simba wa Nairobi, a club full of stability and ambitions. I believe that together, we will achieve the set targets,” said Muyoti

Muyoti has already been introduced to the entire Nairobi City Stars setup from the players to the rest of the technical bench, as well as the entire management including the Foundation.