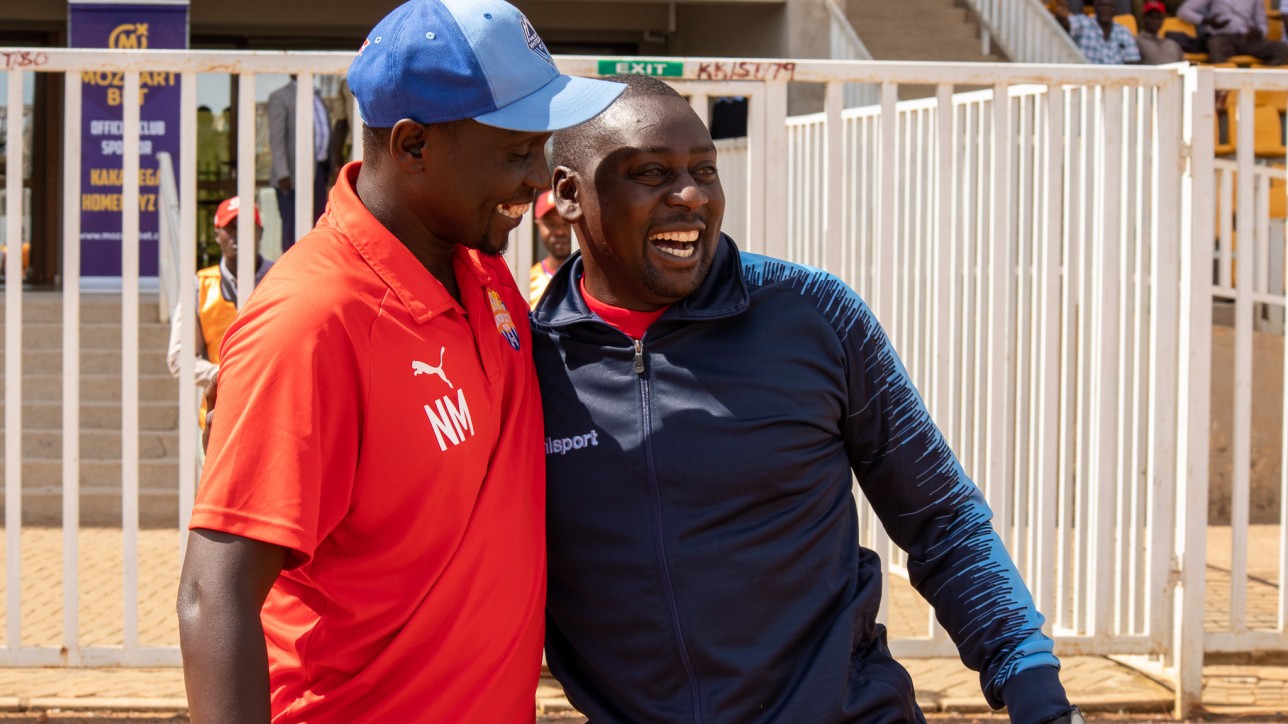 Nairobi City Stars head coach Nicholas Muyoti has termed the comeback led to a 4-4 draw in a top-drawer clash with home team Kakamega Homeboyz on Thursday 20 January 2022 in Bukungu as simply awesome.

City Stars were on the back foot in the mano-a-mano and trailed the game by two goals on three different occasions but Simba wa Nairobi clawed back to force even- stevens.

⚽ | Eight goals scored! Points shared at the top of the table.

🎥 | Highlights of our game against League leaders [https://t.co/NdAF5hsKZj]

By the 23rd minute City Stars were down 2-0 from Brian Eshihanda’s 15th-minute header and a David Okoth penalty. By the 38th minute, Simba wa Nairobi was sinking 3-1 after Homeboy skipper Moses Mudavadi had restored the two-goal cushion.

On 53 minutes, Simba wa Nairobi was trailing the game 4-2 after Okoth planted home his second spot-kick.

Defensive-mid Sven Yidah then initiated City Stars comeback with a header off at Timothy Babu Ouma cross on 31 minutes to halve the scores to 2-1. Babu then had the ball in the net ten minutes later with his fourth goal of the season for the scoreboard to read 3-2 at halftime.

Muyoti, the immediate former Homeboyz coach, appreciated the claw-back from his troops on duty but pointed out some weak areas that need to be rectified before the reverse tie against the same side on Monday 24 January in Ruaraka.

“At times we had one touch too many allowing Homeboyz to win the ball in our half, we lost many balls and didn’t get the ball upfront at the right moment. We have to work on our build-up and transition immediately both ways,” he added

Following the draw in the top-table clash, both Homeboyz and City Stars maintained spots one and two in the 18-team log with 32 and 27-points, respectively. Head coach Nicholas Muyoti swings instructions to midfielder Peter Opiyo (no. 10) and winger John Kamau (no. 15) during a tough away game to Kakamega Homeboyz in Bukhungu on Thur 20 Jan 2022. The game ended 4-4