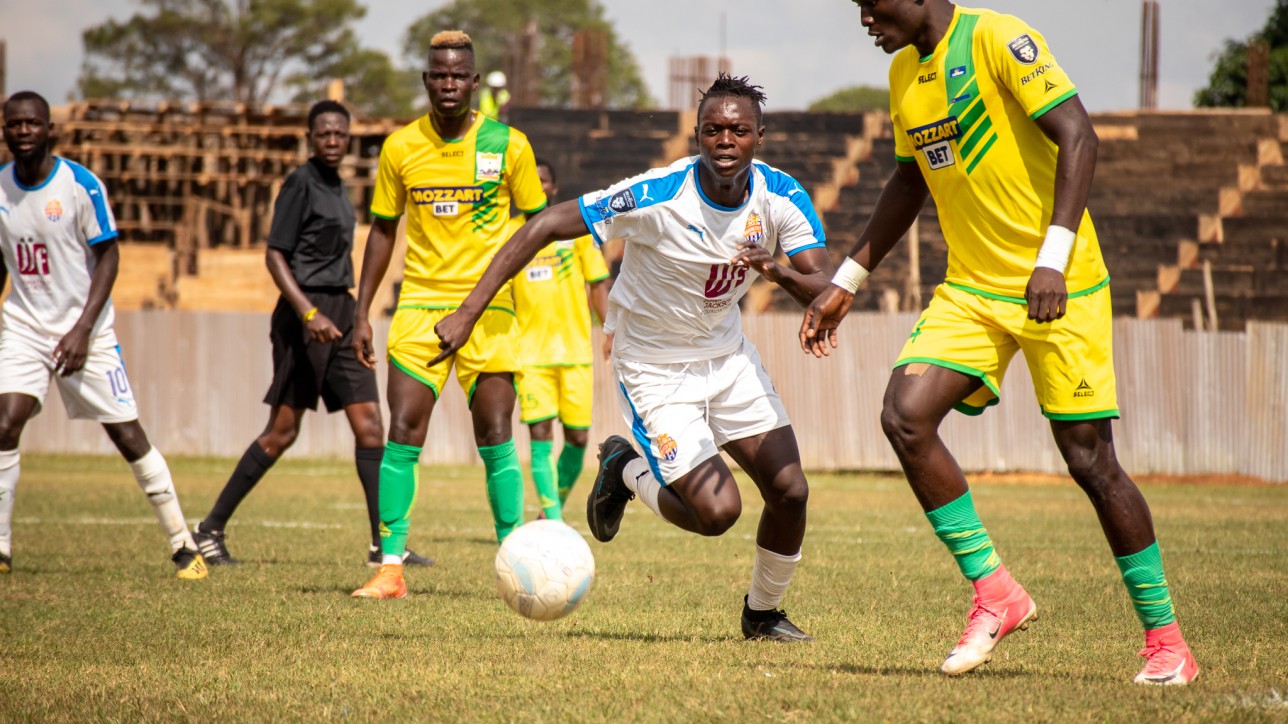 Muyoti’s substitutes Erick Ombija and Davis Agesa, on for Ezekiel Odera and Anthony Kimani in the 70th minute, respectively, proved the masterstroke as they went on to score in the 80th and 84th minute for Simba wa Nairobi to silence the crowd and force the draw.

Ezekiel Odera OUT
Antony Kimani OUT

Homeboyz, hosting City Stars for only the fourth time in nine years, called the shots from early on and went a goal up in the 15th minute when stopper Brian Eshihanda’s header, off a corner from livewire David Okoth, echoed off the undersigned of the crossbar and bounced on the line.

The center referee went on to award it as a goal to the wild protestations from City Stars. Less than ten days back, City Stars was denied a goal in similar circumstances while playing FC Talanta at Kasarani Annex.

Eight minutes later Homeboyz were 2-0 up after Okoth scored a penalty awarded after left-back Dennis Wanjala was adjudged to have clipped Stephen Opoku as worked his way into the box after receiving a corner.

City Stars vehemently disputed the call but came out as the losers after the center ref slapped right back Kevin Chumsy Okumu and striker Ezekiel Odera with yellow cards. Okoth stepped up and sent the ball beneath Jacob Osano who had dived the right way for Homeboyz to double matters.

A minute after the half-hour mark City Stars forced a corner and, a quick take by Muki found teenage sensation Timothy Babu Ouma who squared the ball for Sven to head in at the near post to half the scores.

Homeboyz, however, restored their two-goal cushion in the 38th minute when Yema Mwana on the right-wing capitalized on a poor clearance from City Stars to find an unmarked Moses Mudavadi in the box and the skipper made no mistake from close range to smack home the third for Abana Beingo.

Moments later City Stars resilience showed when right back Okumu received a long ball from Peter Pinchez Opiyo on the right. He placed it to  Timothy Babu Ouma who one-timed the ball home after racing to the box past keeper Elix Otieno to end his ten-game goal drought.

Spurred, City Stars chased a leveler before the breather only for the center referee to prematurely end the game with a corner in the air.

There were no added minutes in the half in spite of the fact that City Stars stopper Salim Shitu Abdalla had spent close to four minutes on the ground to receive treatment by medics within the first ten minutes of the game, and Ezekiel Odera too for about two minutes in the 43rd minute.

At the start of the second half, Muyoti pulled out winger John Kamau and stopper Edwin Buliba and threw in Oliver Maloba and former Homeboyz stopper Kenedy Vidic Onyango.

Eight minutes later, Vidic was adjudged to have shoved Yema Mwana after he flew into the box to receive a perfect Mudavadi splitting pass, and the referee, again, awarded a penalty.

No amount of protestations from City Stars could overturn the penalty and once again Okoth beat Osano to send Homeboyz 4-2 up.

Less than ten minutes after the fourth goal, Mwalala brought in Ahmed Ali Bhai and Stephen Wakhanya for Sunday Mutuku and Stephen Opoku, correspondingly. In the 71st minute, Nigerian forward Michael Karamor took up the place of Chris Masinza.

But with the game seemingly out of reach, City Stars resilience and character showed when Chumsy fired a freekick from the right to find Ombija in the box. He volleyed the ball home to reduce the scores to 4-3.

And four minutes later, Agesa lobbed the keeper for the leveler from the tightest of angles on the right off a pass from Sven.  Agesa’s goal, his first this season, and only his third premier league goal, set up a nervy finish to the game.

There were five added minutes after regulation time, but second-placed City Stars held on to their greatest comeback yet to hit the 27-point mark from 15 games to stay five points behind leaders Homeboyz whom they host in a reverse fixture on Monday 24 January 2022 in Ruaraka starting 3pm.