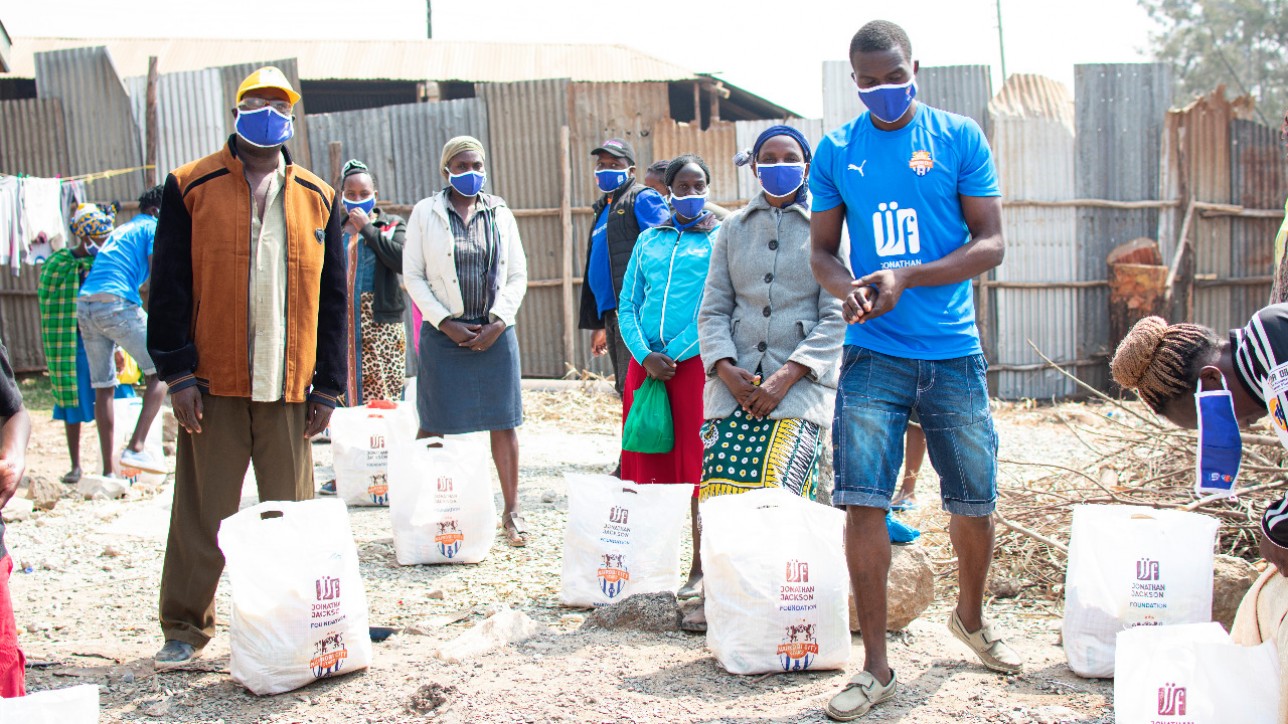 Nairobi City Stars players, acting as ambassadors of the Jonathan Jackson Foundation (JJF), spearheaded the dishing out of over 870 food hampers that equates to over 130,500 meals over the past week.

The latest activity, that concluded on Monday 10 August 2020, involved visits to Mukuru kwa Reuben in Industrial area and Mukuru kwa Njenga and parts of Pipeline as well as Tassia, and Mwiki where about 64 food hampers were issued out.

The rest of the days in the week saw households in Saika, Dandora, Masai Mater, Shimo La Tewa, Mariguini, Fuata Nyayo, Commercial, Kisii Village and Kathethera benefit from the visits.

“Jenga Jirani is an act of kindness where the little that we have is shared out to the vulnerable in the society,” said CEO Korir

“The impact it brings to families is what most important to us and that objective on any given day supersedes the number of people we have reached.” he added

Madiaba, Kabiro and Satelite Community as part of the larger Kawangware community, Waruku in Kileleshwa ward were part of the stop points.

At Filomena, City Stars players led by the likes of Wesley Onguso, Jacob Osano, Elvis Ojiambo, Charles Oduro and Vincent Otieno, in conjunction with Kubamba Krew and leading Gospel artists such as Lady B and Evelyne Wanjiru, helped to cook, then fed with the children.

Part of those targeted in the latest #JengaJirani drive included households with cerebral palsy persons, those with cancer, disabilities, the severely sick, among others. 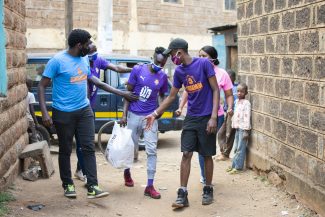 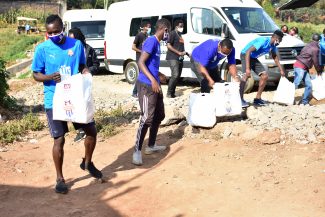 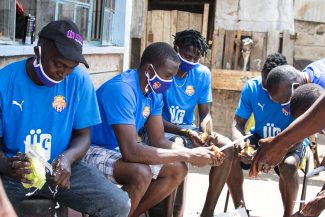 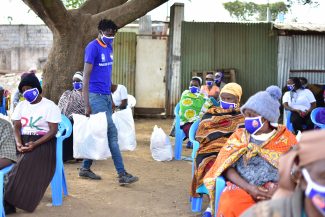 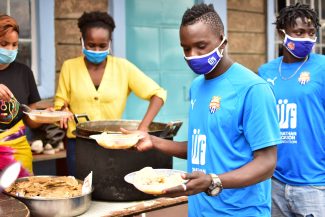 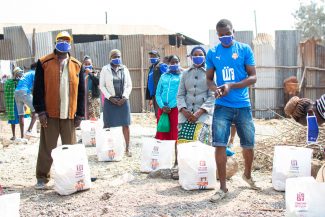