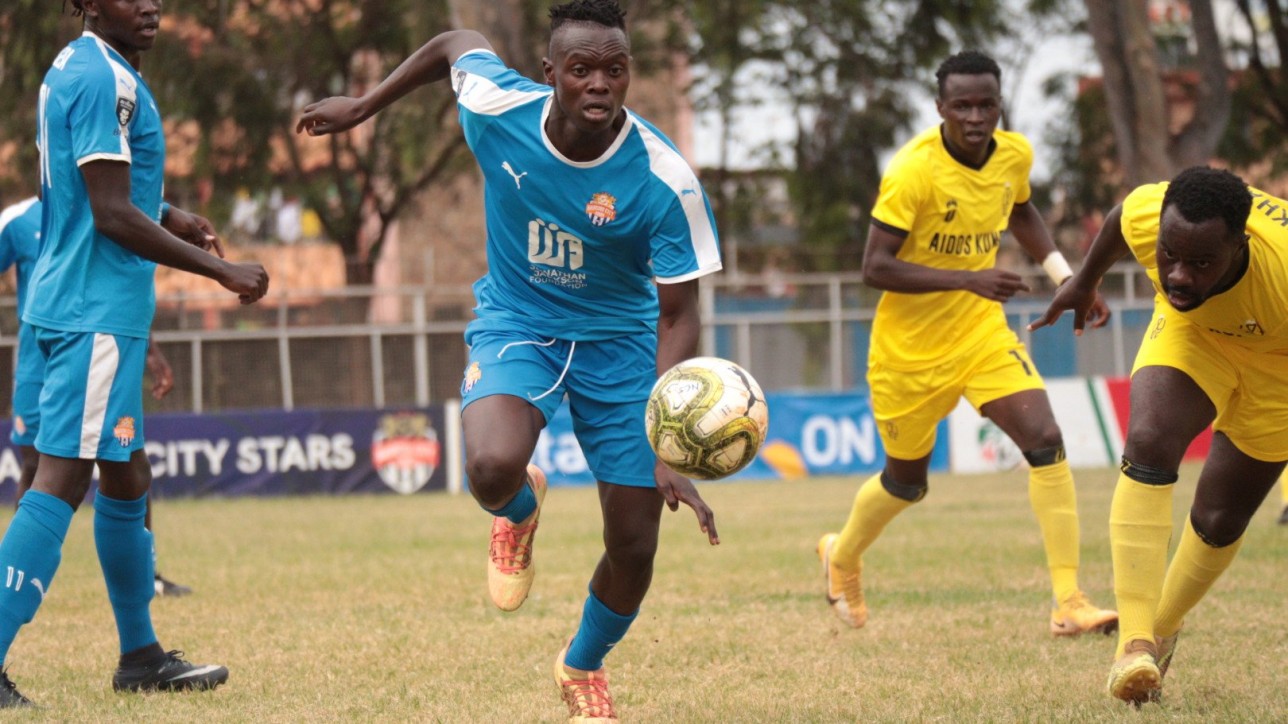 Three goals, one apiece in the three straight starting games of the season against Sofapaka, Kenya Police, and Wazito, places teenage sensation Timothy Noor Ouma aka Babu atop of the 2021/22 scorer’s charts.

The Chapa Dimba Rift Valley MVP in 2020 leads a pack of four other players who are on two goals each.

In the fourth game of the season against Bidco United, Babu was restricted from making it four-in-four but came out with an assist for Nicholas Kipkirui who scored the opening goal. City Stars went on to win the game 2-0.

The blistering start to the season that now sees Babu in the scorers’ limelight, has so far earned him two back-to-back Player of the Week nominations after the Wazito – a game where he was named MVP – and Bidco wins.

🗳️| VOTE for your player of the Week for Matchday 3