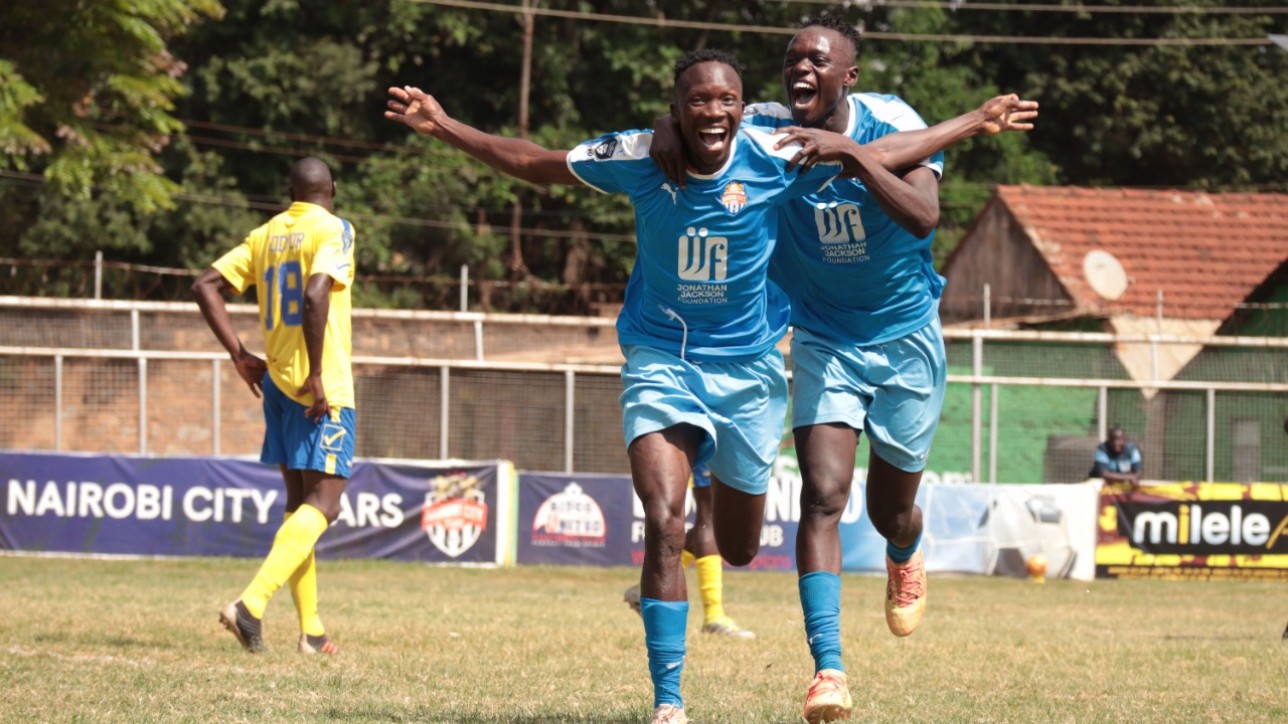 Forward Erick Jibaba Ombija is a happy lad having come off the bench to turn around the last two games within four days for Nairobi City Stars leading to 3-1 and 2-0 wins over Wazito and Bidco United, respectively.

Ombija, signed at the start of last season from Coast Stima where he was on loan from Gor Mahia, came off the bench in the last two games for Ezekiel Odera at the time the games were scoreless.

Nine minutes after coming on in the Wazito game, City Stars went up 1-0 then Ombija provided two assists for Timothy Ouma and his former Coast Stars teammate Rodgers Okumu leading Simba wa Nairobi to the 3-1 win.

Ombija chips the ball past Bixente…Okumu finishes it off

Against Bidco, barely two minutes after coming off the bench, Ombija got to the end of a cross from Nicholas Kipkirui – the scorer of the first goal – to tap in at the near post to double the scores.

City Stars make it two in under five minutes!

“I am grateful that I am directly contributing to the teams’ wins,”

“I am looking forward to scoring more goals and to providing more assists,” added Ombija

The aggressive super sub will be looking to carry his impact to the upcoming games, the most immediate being away to Posta Rangers on Saturday 30 October 2021.