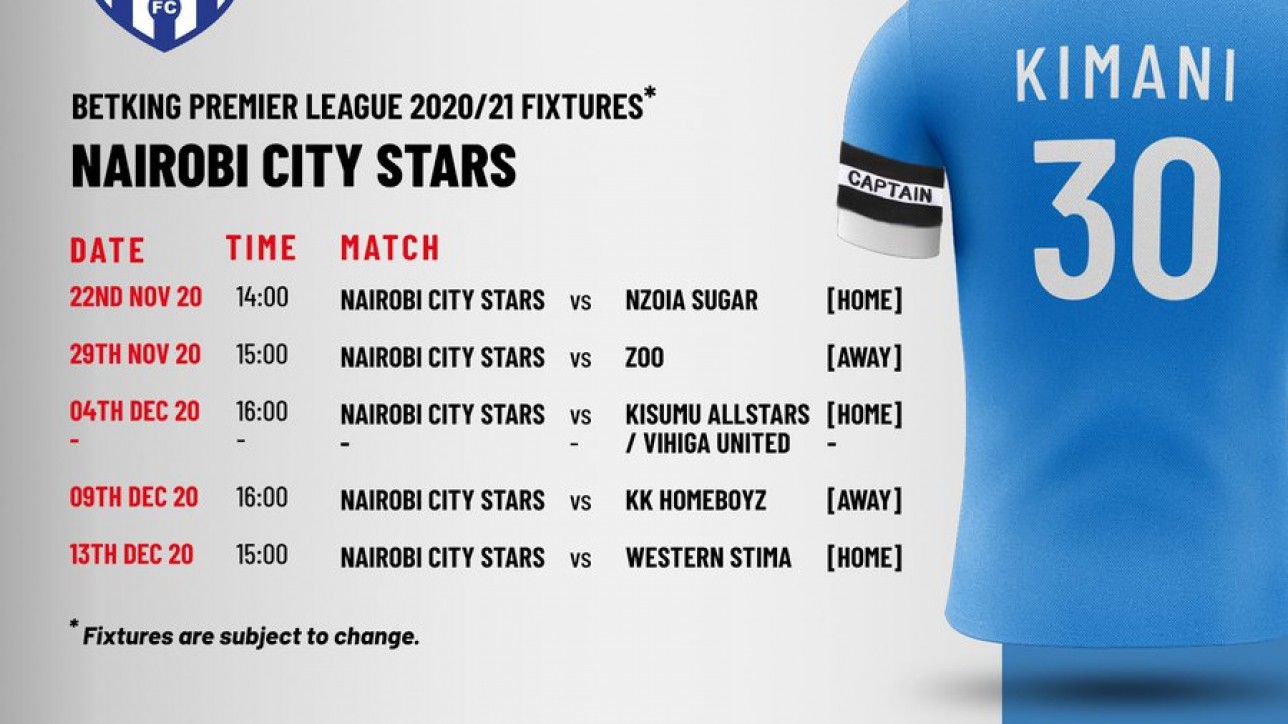 There’s almost a clear view to the next Kenyan Premier League (KPL) season after the league’s Governing Council issued tentative kick off dates for the 2020/21 season.

According to a communique, and barring any changes, the league will set off on Friday 20 November 2020. According to the draft fixtures, Simba wa Nairobi will be ushered back to the KPL by five Western based teams that headline it’s first five fixtures.

City Stars will start off with a home game against Nzoia United before travelling to Zoo FC in Kericho for their second game.

A home match between Kisumu AllStars and Vihiga United – two teams fighting for one KPL slot -, an away fixture to Kakamega Homeboyz and a home game against Western Stima highlights the team’s first five games.

“With the tentative kickoff dates and draft fixtures out, we can now craft an elaborate pre-season plan and prepare accordingly,”

“The announcement by the league managers has brought lots of excitement to our camp. Looking at our first five fixtures we have five Western based teams to contend with. That area being a bed rock off football means we have our work cut out.” said team coordinator Samson Otieno