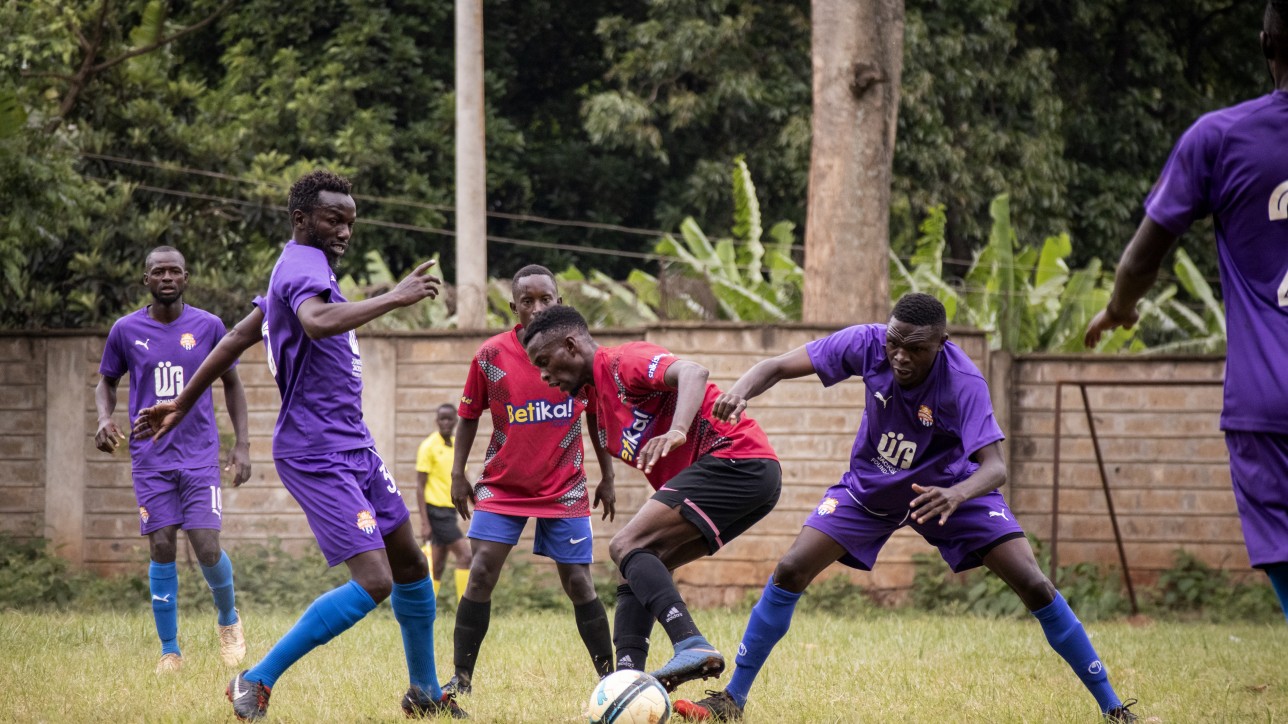 Chief spoiler Sven Yidah has been ruled out of Nairobi City Stars games for the next two weeks due to a knee injury sustained in the last league game against Kariobangi Sharks.

According to team physio Brian Otieno Odongo, Sven suffered a knee injury in that game and has to sit out a number of games to fully recuperate.

“Sven had a knee knock against Sharks and we have given him two weeks rest to heal. All necessary tests have been down on him and its nothing major. He should be back by mid of the month,”

Due to his injury, Sven will miss a round eleven Premier league clash against Kakamega Homeboyz as well as the round 64 match domestic cup match against Mutomo Tigers of Kitui.

Away from Sven, field skipper Anthony Muki Kimani is nearing return from a shoulder injury.

“He is doing very well and the pain on his shoulder is gradually diminishing. He has started training and it’s a matter of time that he will be back on the pitch,” said Odongo

Overall team captain Calvin Masawa and utility back Edwin Buliba are also still on the sidelines due to knee and quad injuries.

According to Odongo, the two are still out of the most immediate game assignments.

The trio of Muki, Masawa and Buliba have so far missed games against Sofapaka and Kariobangi Sharks.

As all four stay out, head coach Sanjin Alagic from Bosnia has confirmed his 18-man to face Kakamega Homeboyz at Bukhungu Stadium on Saturday 6 February 2021.

From the 20-man team that faced Sharks in the last league game, left back Wesley Onguso and striker Ebrima Sanneh will miss out alongside Sven. Newly signed Balton Omwenga is the only addition to the travelling party.