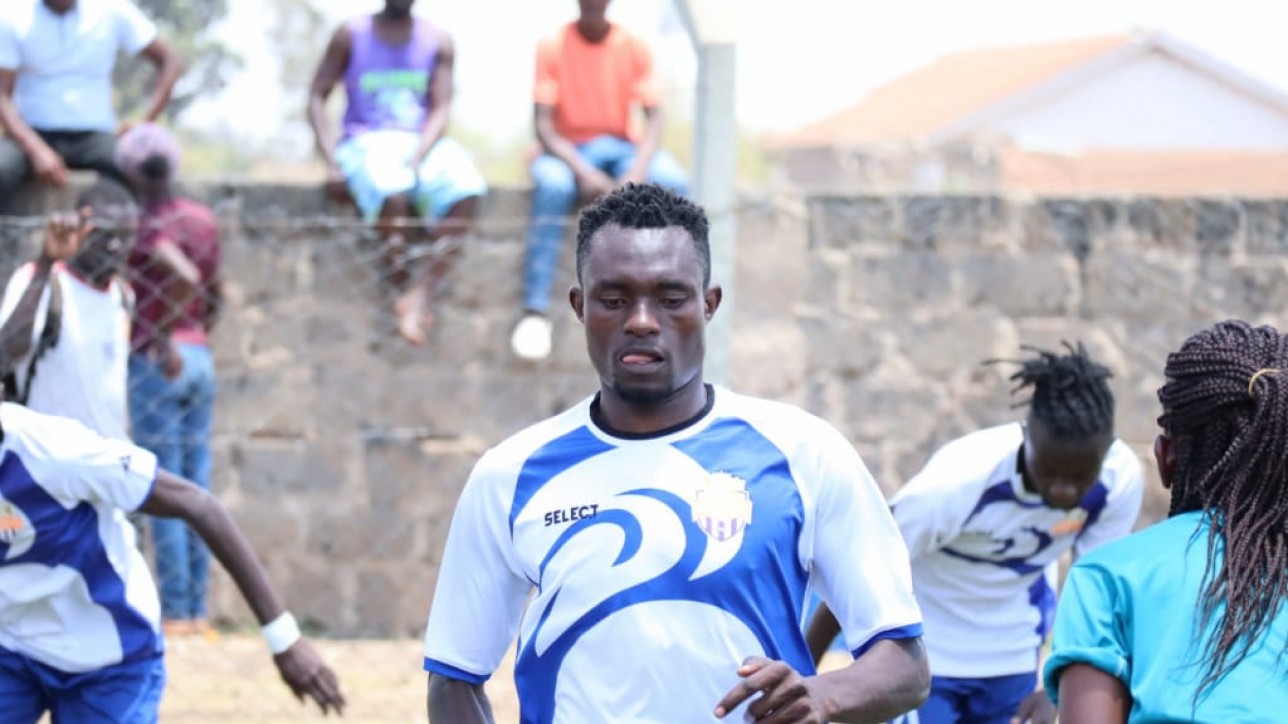 Head coach Sanjin Alagic has tweaked his squad ahead of a National Super League (NSL) round 21 clash against Vihiga Bullets at Camp Toyoyo, Jericho on Saturday 18 January 2020 starting 3pm.

From the squad that traveled to Kisii for a duel against Shabana last Saturday, Sanjin has effected on forced change, and tactically made two other switches.

Charles Otieno aka Chale (pictured) reclaims his place as holding midfielder pushing make shift no. 6 from the last game Anthony Kimani to move further up field. He was second half for Oliver Maloba last weekend.

Chale takes up the place of Elvis Ojiambo Noor who is suspended for the Bullets game following accumulation of five yellow cards.

New signing Azizi Okaka claims a place in the starting cast pushing youngster Vincent Otieno down to the bench. He made his debut for the club last weekend as a second half substitute.

There are changes too on the bench as new signing keeper Jacob Osano from Nairobi Stima takes the place of Ronny Kagunzi.

Returning striker Ezekiel Odera will study the game plan from the bench and will be joined by left back Wesley Onguso who missed the Kisii trip.