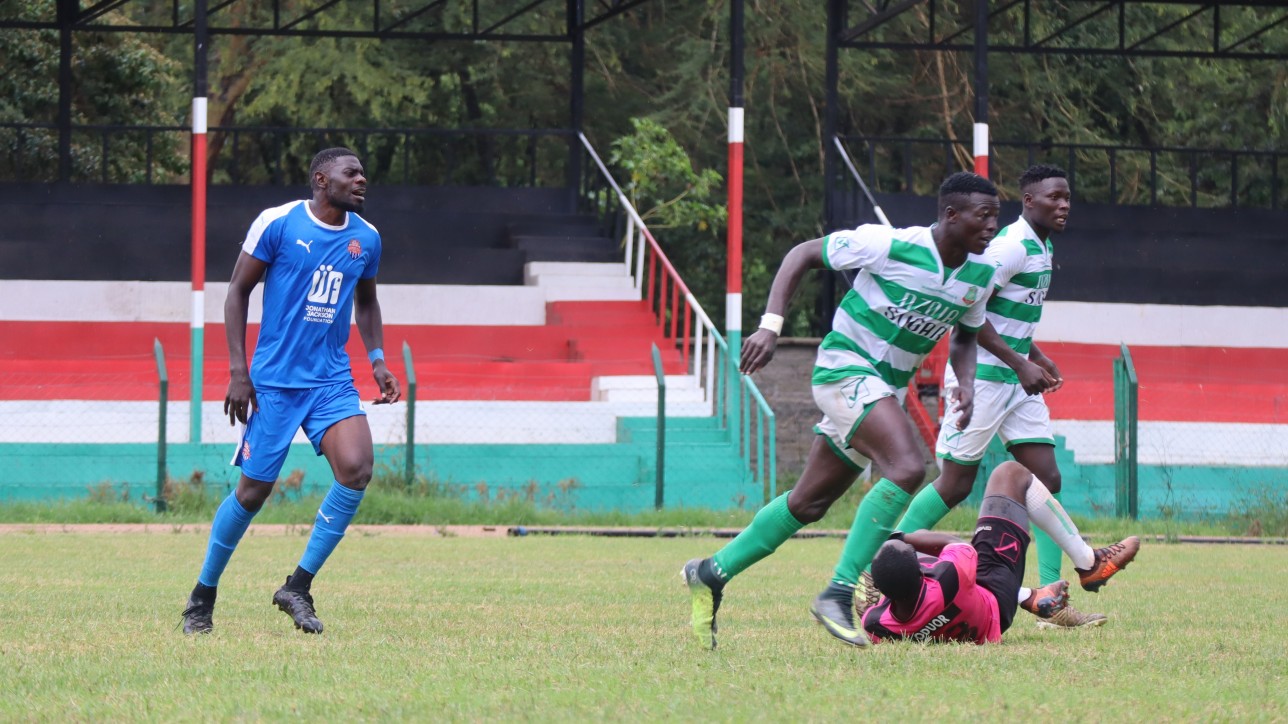 On Sunday 29 November 2020, Nairobi City Stars saw off Nzoia Sugar 2-0 at Narok Stadium to register a winning start to the 2020/21 FKF Premier League.

Two goals by skipper Anthony Muki Kimani and Oliver Maloba in the 16th and 18th minutes, off assists by Davis Agesa, earned the team all spoils.

At the close of the game, City Stars technical bench picked out stopper Salim Shitu Abdalla as the MVP.

.On his pick as the best of all, Shitu, one of 12 players making their premier league debut at City Stars on the day, said;

“It was a very good starting game. The win was the most important one. We however have some improvements to make heading to our next game where we will be looking for another positive result.” he said

Shitu joined City Stars mid 2019 and contributed immensely to the club’s promotion to the top flight after four years in the second tier.

In the ended season, he scored three times – two of which were match winners against Kenya Police and Shabana, and was named MVP twice against Ushuru and Nairobi Stima.