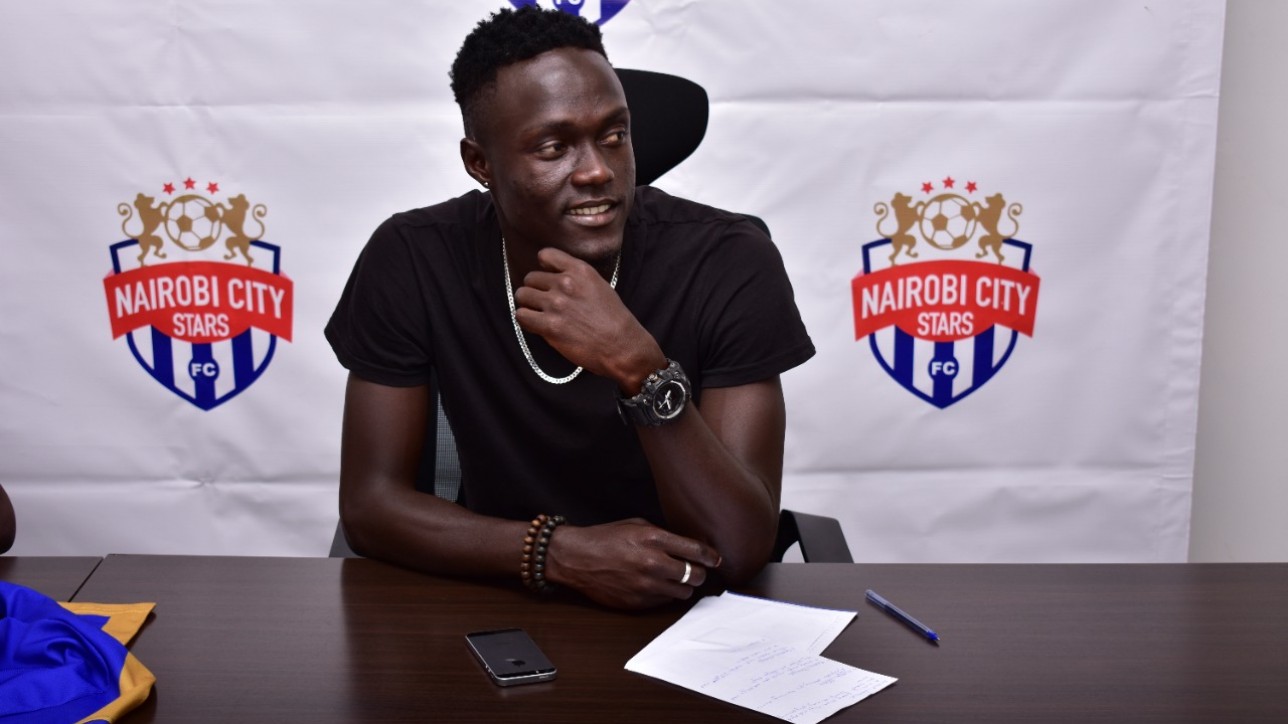 The header specialist has been part of the Simba wa Nairobi setup since April 2019 when he returned to the club for a second time.

He arrived at City Stars on loan from Gambian side Real de Banjul in July 2014. He stayed at the club till the end of the 2015 premier league season.

“Nairobi City Stars announces that it has reached an agreement for the consensual termination of the contract with striker Ebrima Sanneh,”

“Simba wa Nairobi would like to thank Sanneh for his extraordinary goal prowess, in top-scoring to lead us to promotion to the Premier league in 2020, and for all his 32 goals across two stints. Sanneh will forever remain firmly etched in the history of Nairobi City Stars,”

“Sanneh is an excellent professional, who contributed immensely to the club since he joined in July 2014. We will forever recall his 11 goals in his first full season in 2015, including a goal in the season-ender against Sony that saved the club from relegation,”

“We wish him all the best in his future endeavors.” said club CEO Patrick Korir

With a total of 32 goals in all competitions, Sanneh leaves City Stars as the third-best scorer in the all-time list behind Justus Basweti and Francis Thairu.

At the close of the 2015 season, Sanneh earned nominations for two awards: New Young Player where he emerged second best, and Player of the Year.

After that season he detoured to Ushuru then to Kariobangi Sharks before returning to City Stars in April 2019 on a short-term contract to help the team survive relegation from the National Super League (NSL) in the 2019/20 season with seven crucial goals.

He earned a one-year contract to feature in 2019/20 NSL season and went on to top score with eight goals to guide City Stars to promotion back to the premier league after four seasons out.

Sanneh had many firsts: He scored four times in a Cup game against Transfoc in June 2015 to become the only City Stars player to slam in a quartet of goals in a single game.

Coupled with two other goals in a Cup game against Mutomo Tigers in February 2021, Sanneh stands out as City Stars’ top scorer in the Domestic Cup with six goals.

In the same 2015 season, Sanneh set an unmatched record of scoring in four straight premier league games against Tusker, Western Stima, Thika United (brace), and Bandari in rounds 24 to 27. Gambian striker Ebrima Sanneh during a Betway Cup Round 64 game against Mutomo Tigers at Kitui Stadium on Sat 13 Feb 2021. He scored a brace to lead City Stars to a 4-1 win