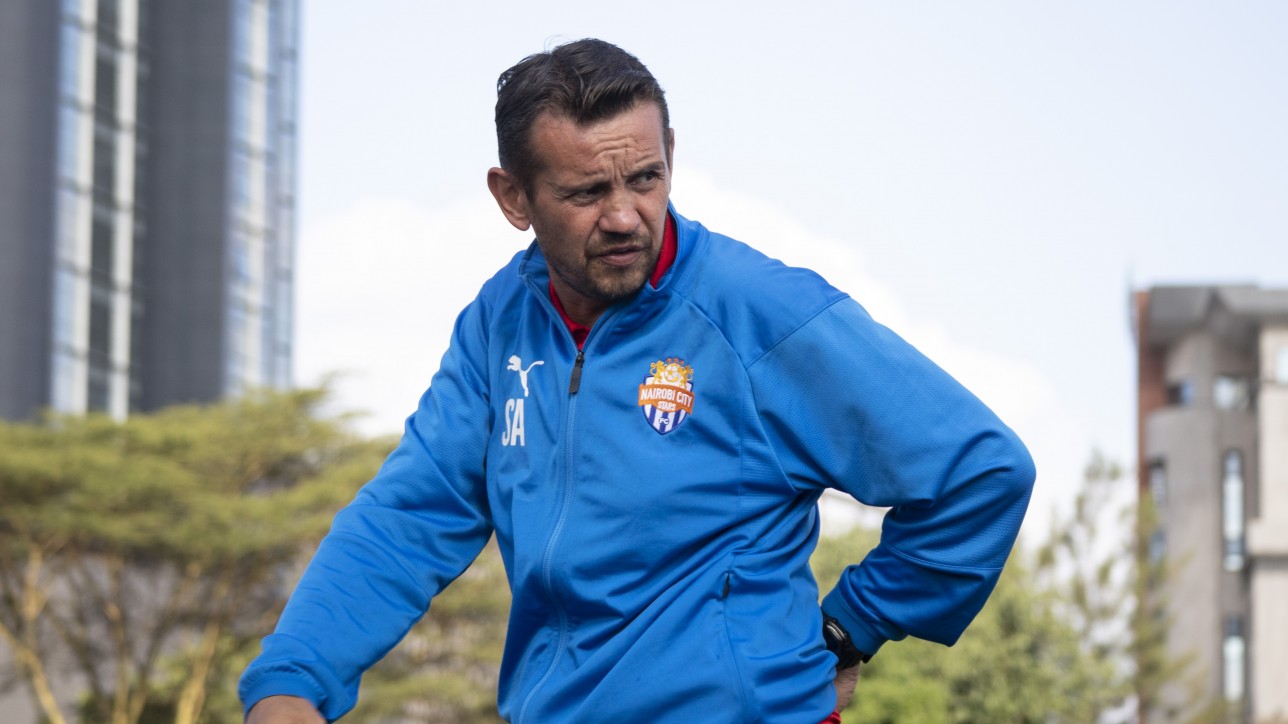 Nairobi City Stars left it late to see off visiting Western Stima 2-1 in a round 20 premier league tie at Ruaraka on Tuesday 15 June.

The visitors took the lead in the 39th minute when Baron Oketch fed Rodgers Okumu to end a perfect counterattack.

Stima protected that lead all the way to the 85th minute only for the home team to cancel it with a striker from substitute Erick Ombjia.

Four minutes later Peter Opiyo buried a penalty for his seventh goal of the season to complete the great comeback and confirm all points for Simba wa Nairobi.

Speaking in the wake of the win, head coach Sanjin Alagic said;

“First I want to congratulate my players for the great comeback and win. They showed the right attitude and determination. The real picture of the character that the team has came out,”

“I’m delighted at how they reacted in the second half. To be honest this wasn’t our best performance,”

“As much as we were the better and dominant team all through the match, it was obvious we failed to find the right solutions in the final third of the pitch,”

“But in the end, we deserved this win. We will enjoy it until the next game,” added Sanjin

The win came just days after the team had been knocked out of the Betway Cup after a 1-0 fall to Bidco United at the same venue.

That loss brought a four-match winning streak in all competitions to a rude end.

Next up for Sanin and Co. is a home game at Ruaraka against Kakamega Homeboyz on Saturday 19 June starting 1 pm.