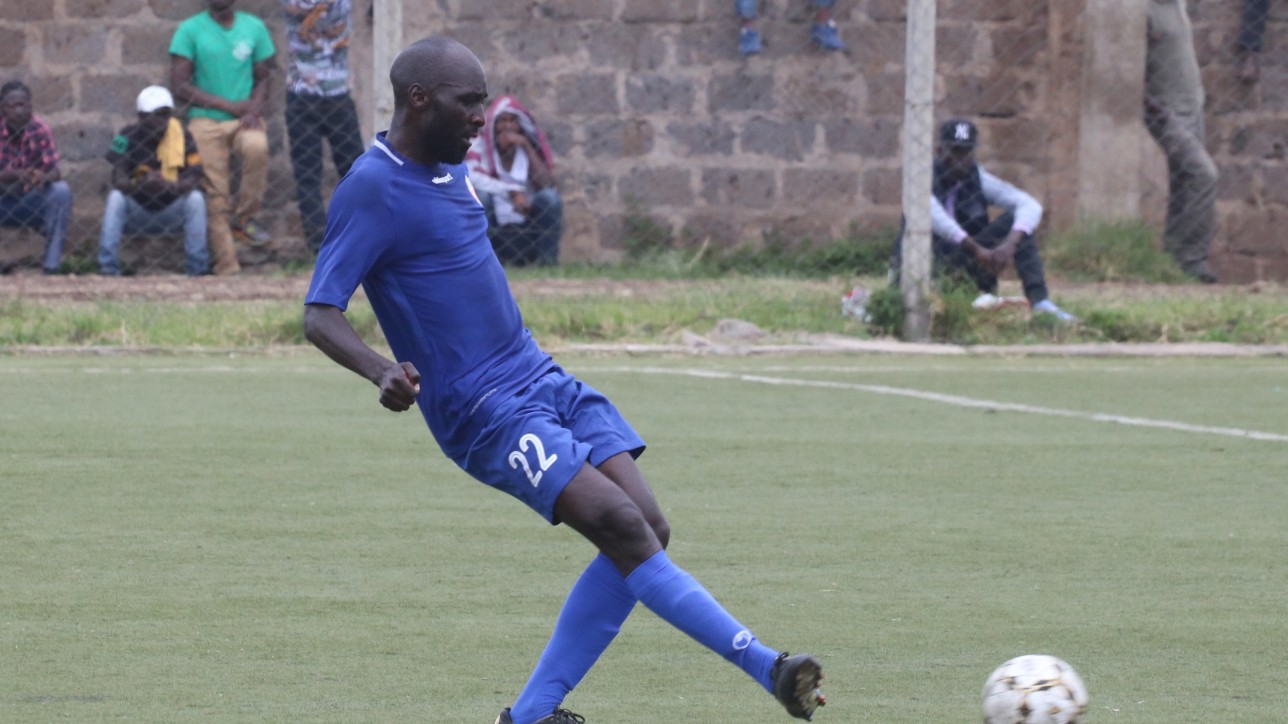 Five players have extended their contracts to stay on at Nairobi City Stars for the upcoming seasons.

Save for centre back Wycliffe Otieno (pictured) who renewed his contract for one more year, four others namely Anthony Muki Kimani, Calvin Masawa, Charles Otieno Oduro and Davis Agesa have committed to the club for a further two seasons.

Masawa is City Stars longest serving player having joined from Migori back in 2011.

Muki left the club for Sofapaka back in 2009 then returned after ten years for the current season.

Oduro and Agesa have been standout players and, together with Masawa, ensured the squad survived relegation last season.

Big unit Wycliffe joined in from Kariobangi Sharks at the start of the current season and, alongside Salim Shitu Abdalla, have formed one of the best brick walls in the league. Thus far City Stars defense has conceded the least goals (18) in the NSL.

“The five extended their contracts after receiving the nod from the technical bench. It gives the team stability going forward.” said club CEO Patrick Korir

“Discussions are still ongoing with other players and the list of extensions should grow further in the weeks to come.” added Korir

With the five on-boarded for longer, head coach Sanjin Algic will have at least 11 players from the current squad of 25 for next season.

January signings Peter Pinchez Opiyo and Azizi Okaka will be with the squad till the close of the 2020/2021 season while returning Ezekiel Odera and keeper Jacob Osano arrived on two year deals to the end of the 2021/2022 season.