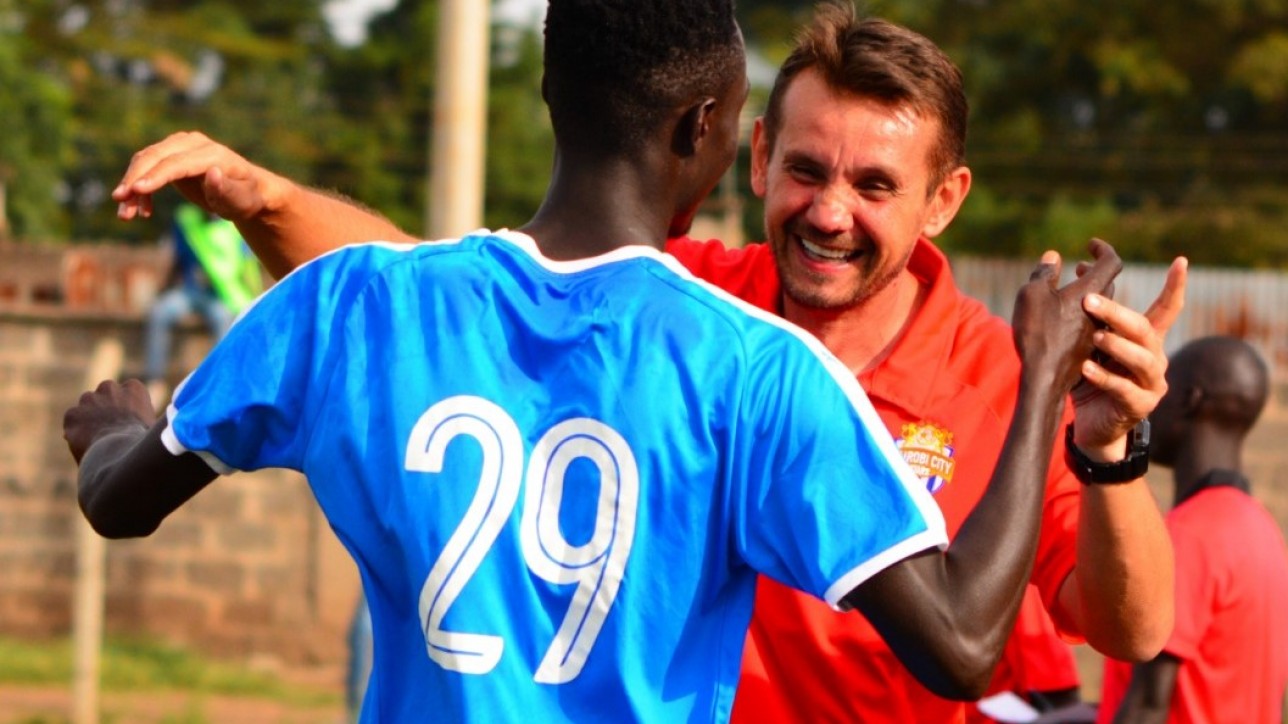 On the final day of April 2020, the Football Kenya Federation (FKF) announced the promotion of Nairobi City Stars to the top tier Kenyan Premier League (KPL).

In their official communication later, FKF confirmed the promotion following their cancellation of all league’s countrywide due to the ongoing Corona virus pandemic that ended football activities in mid-March and has complicated return of games in the near future.

By the time of stagnation of the Betika National Super League (NSL), City Stars topped the 19-team log with 64 points with a ten-point buffer over Bidco United who are also promoted to the top league for the first time ever.

The news was icing to head coach Sanjin Alagic cake that he started baking from the beginning of the season in September 2019.

Speaking from his base in Sarajevo in Bosnia and Herzegovina where he recoiled from the start of the Covid-19 partial lock down, the deliriously happy coach said;

“I’m very delighted and proud of being Champions of NSL and securing promotion to the KPL, the place where NCS belongs,”

“First of all I wish to congratulate my players for the amazing job they did throughout the season, they are most deserving for this success!”

“This achievement was result of hard and dedicated work and it will not be possible without great support of our owner Jonathan (Jackson), CEO Patrick (Korir), coordinator Samson (Otieno), Foundation CEO Mwenesi (Musalia), and my coaching staff, our fans and all people in the Club who believed in us.” he added

Sanjin arrived at City Stars in the first week of July 2019 for the season. He kicked off with organizing careful recruitment and a seven-week preseason.

Of the 26 games he took charge off before the league prematurely ended, Sanjin led City Stars to 20 wins, four draws and two losses. That included an incredible 13-game unbeaten away run.