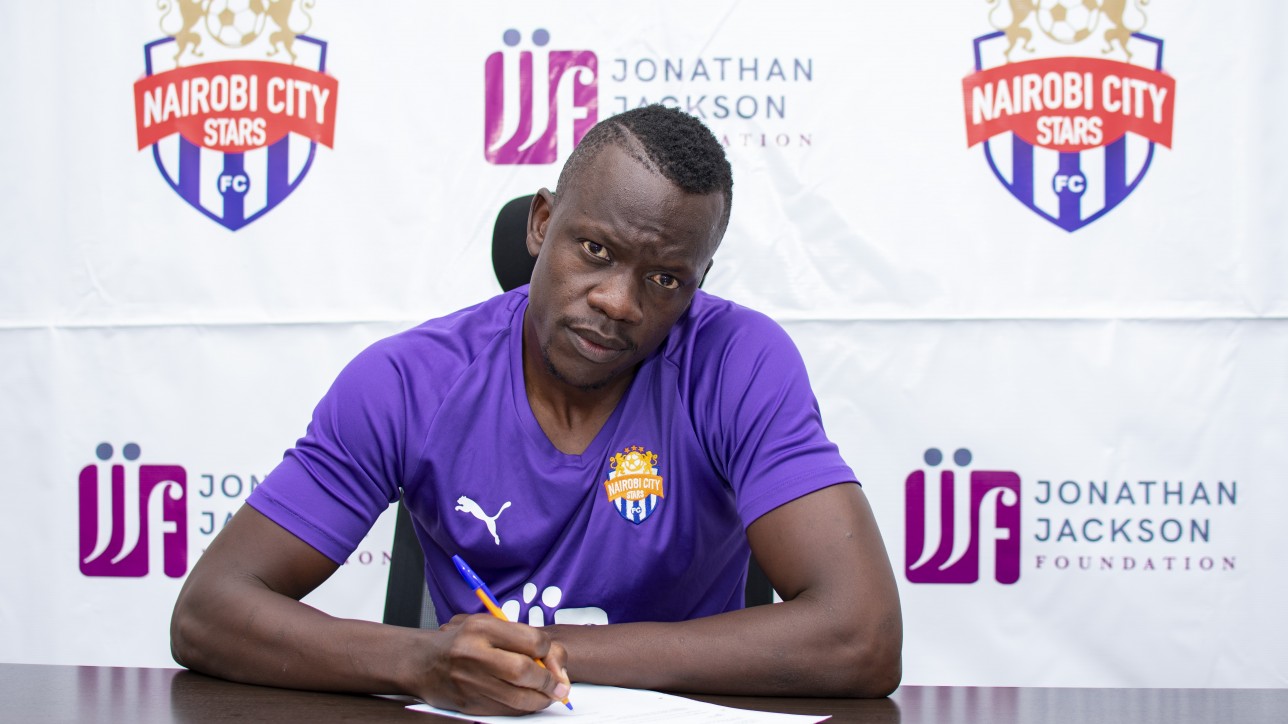 Centre back Kenedy Ouma Onyango aka ‘Vidic’ is the latest arrival at Nairobi City Stars. He onboards from Kakamega Homeboyz on a two-year deal.

“I believe I made the right choice to join City Stars. It’s a team with big ambitions, quality players, great coaching staff and run in a very professional way. It’s the right place to take the challange.” said Vidic after putting pen to paper at the club offices.

“He was key to Homeboyz last season where he featured in 20 of the 22 games played. I thank Homeboyz for allowing him to cross over to City Stars after releasing him from his contract,”

“Vidic is a solid stopper and certainly a good asset and acquisition who will add great value to our team. We welcome him to Simba wa Nairobi.” said Otieno