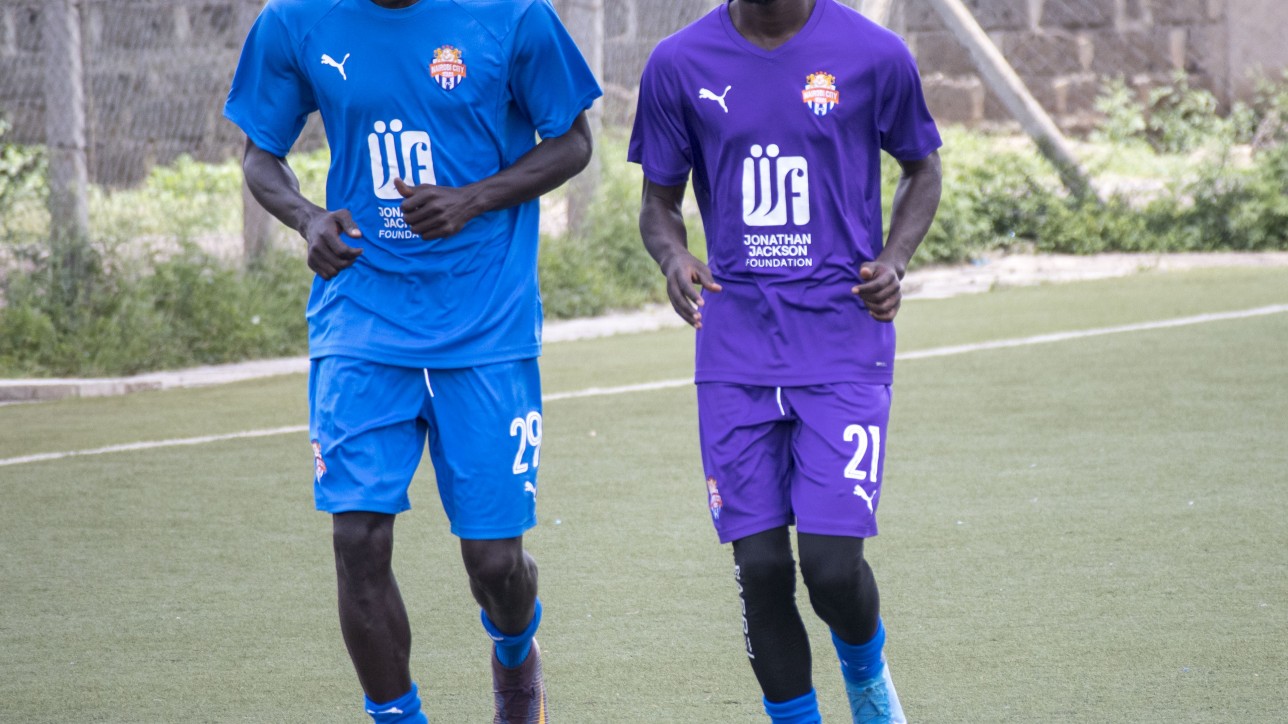 City Stars under head coach Sanjin Alagic fielded two teams in either half.

While the first one won 1-0, the second outfit registered a more convincing 3-0 win.

Striker Ebrima Sanneh (pictured no. 29) opened the scores in the 35th minute when he got to the end of a floated ball from the left by teenager Vincent Jamaica Otieno.

Till that point lads from third tier side Ligi Ndogo, most of whom were 17 and below, had contained City Stars with disciplined play especially at the back and in the second phase.

In the second half Davies Agesa scored a brace inside six minutes, the first goal in the 50th minute.

Charles Otieno Oduro wrapped up the scoring in the 75th with a long range drive.