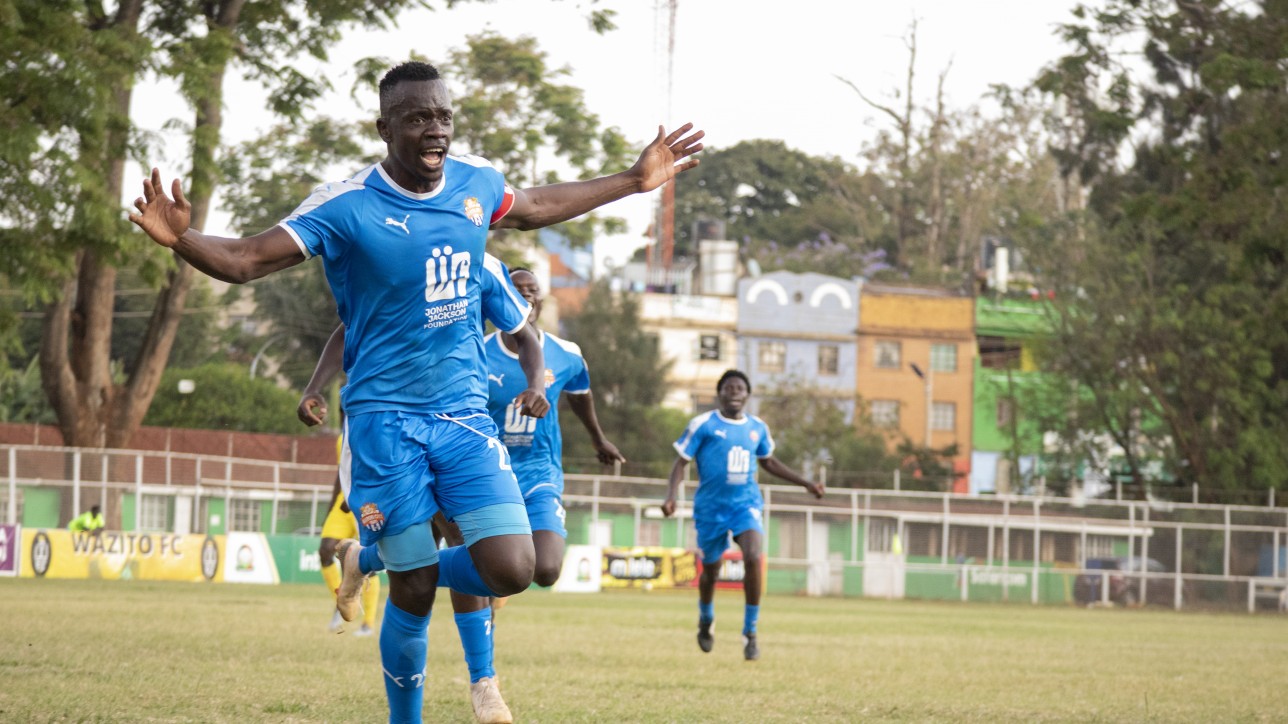 But that changed in the third game of the 2021/22 FKF Premier League season when he opened the scores to lead Simba wa Nairobi to a 3-1 beating of Wazito at the Thika Stadium.

Vidic, donning the armband from the 67th minute following the substitution of field skipper Anthony Muki Kimani, powered in a header in the 76th minute, off a freekick from new signing Dennis Decha Wanjala, to activate the scoresheet.

Kennedy heads home to give city the lead.

Wazito’s consolation came between the second and third goals via Michael Owino who had a touch to Amos Asembeka’s long shot in the 81st minute.

“Thanks be to God. I was actually worried for not scoring in the previous campaign even after playing 32 of 33 games,” said Onyango

Onyango was the highest-scoring stopper in the 2019/20 Premier league season while at Kakamega Homeboyz.

He then switched stations at the close of that season to land at promoted Simba wa Nairobi.