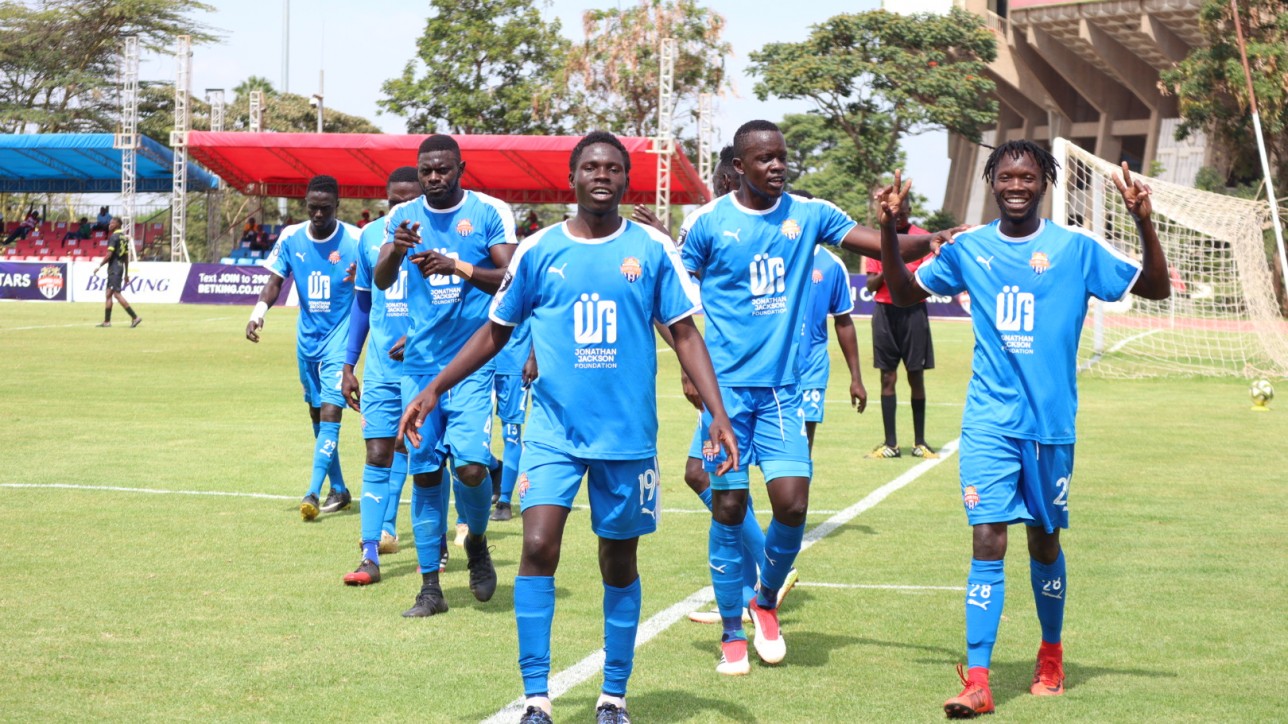 Nairobi City Stars ended an eight game winless run with a 2-1 win over basement side Zoo FC at the Kasarani Stadium on Saturday 20 February 2021.

Ombija’s strike added on to a 33rd minute opener by right back Kevin Chumsy Okumu who made his debut for Simba wa Nairobi in the top flight.  Both had never scored in the Premier League.

The goal sandwiched a marvelous freekick strike by Mathew Tayo Odongo in the 50th minute that eventually turned out to be a consolation.

Though beaten in the historic game against City Stars, it is Zoo that set the tone early on when Newton Ondati narrowly missed the target in the fourth minute.

City Stars response then came in the 19th minute when recent signing Bolton Omwenga, in his first premier league start for Simba wa Nairobi, failed to find the net off a corner.

Five minutes later Oliver Maloba shockingly sent the ball wide with an open net at his disposal as Zoo goal tender Brian Lumumba had gone down with a heavy thud while contesting a high ball with City Stars striker Davis Agesa.

Then came the moment when, in the 33rd minute, a long ball from keeper Njunge found Chumsy who, with a few steps into the box, sent the ball home at the far post when it looked like he had miscued a floated pass.

It could have been a different tale at the break had Njunge not punched out two separate freekicks from outside the box by Sammy Ggolola and Benard Odhiambo in the final minutes of the first half.

City Stars would then be punished for giving away fouls at the edge of the box five minutes into the second half. Odongo, who came on for Ondati right after the break, fired home a delicious ball to the far top corner to level the matters.

The pace of the game was to slow down but in the 80th minute, substitute Ombija who came on for Agesa in the 57th minute connected to an Okumu cross to fire a low shot off his left foot in what turned out to be the three point earner.

To find Ombija, fleetfooted Okumu made a mad dash on the right wing to arrest a ball near the corner then cut in at the edge of the box to feed Ombija to find his maiden premier league goal.

The dying minutes of the game could have seen City Stars extend their lead but Ebrima Sanneh, in his first start this season, was guilty of fluffing two clean deliveries from Wesley Onguso from the left channel.

Onguso had come on for Omwenga in the 83rd minute to earn his first premier league game in City Stars colors.

With the win City Stars moved to 13 points from 12 games but still maintained spot 13 in the standings due to other results on Saturday as Zoo stagnated at the bottom with two points from eight games.

Next up for Simba wa Nairobi is a game against Western Stima in Kisumu on Wednesday 23rd February 2021.