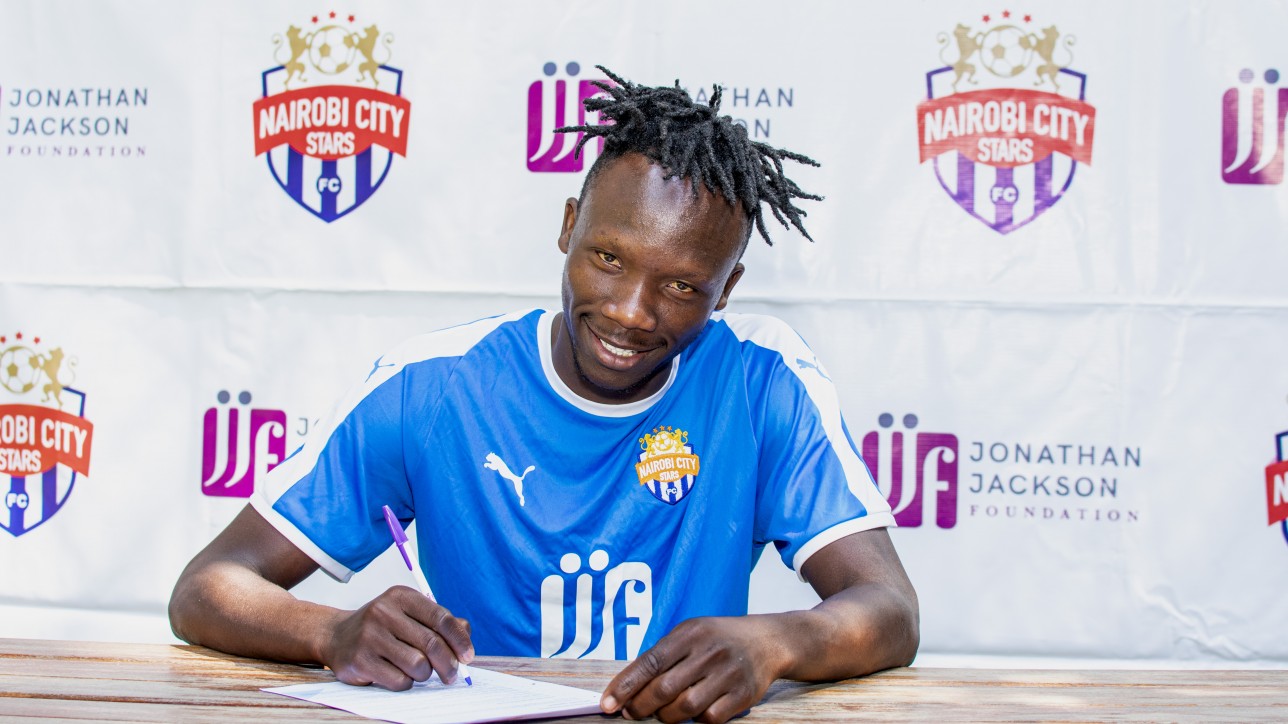 Ombija has an envious scoring record having scored 11 times in the National Super League (NSL) in the 2018 season and 17 goals in the ended 2019/20 season while on loan from Gor Mahia.

“He’s a proven goal scorer and is a good addition and firepower to our striking department,”

“He has been a long term target and we are happy to welcome him to Simba wa Nairobi.He gives us extra options upfront and is a great boost to the team.” said team coordinator Samson Otieno

Prior to departing to his homeland in Taita Taveta after putting pen to paper, Ombija shared his reasons in joining Simba wa Nairobi;

“My aim was to play the 2020/21 season through hard and support from the entire Coast Stima family,”

“My decision to join City Stars comes at the right time and I am glad to join the Lions Pride and be part of a team which will challenge the for the title,”

“I am happy to join the likes of Muki (Anthony Kimani), Pinchez (Peter Opiyo), (Oliver) Maloba and many more talented players at City Stars.” said Ombija.

Ombija will don his favorite jersey no. 24 and will be contesting for the No. 9 position with Gambian marksman Ebrima Sanneh, Ezekiel Odera, Kaimosi High alumnus Davis Agesa and teenager Vincent Jamaica Otieno. Eric Ombija during his unveiling on Fri 4 Sep 2020