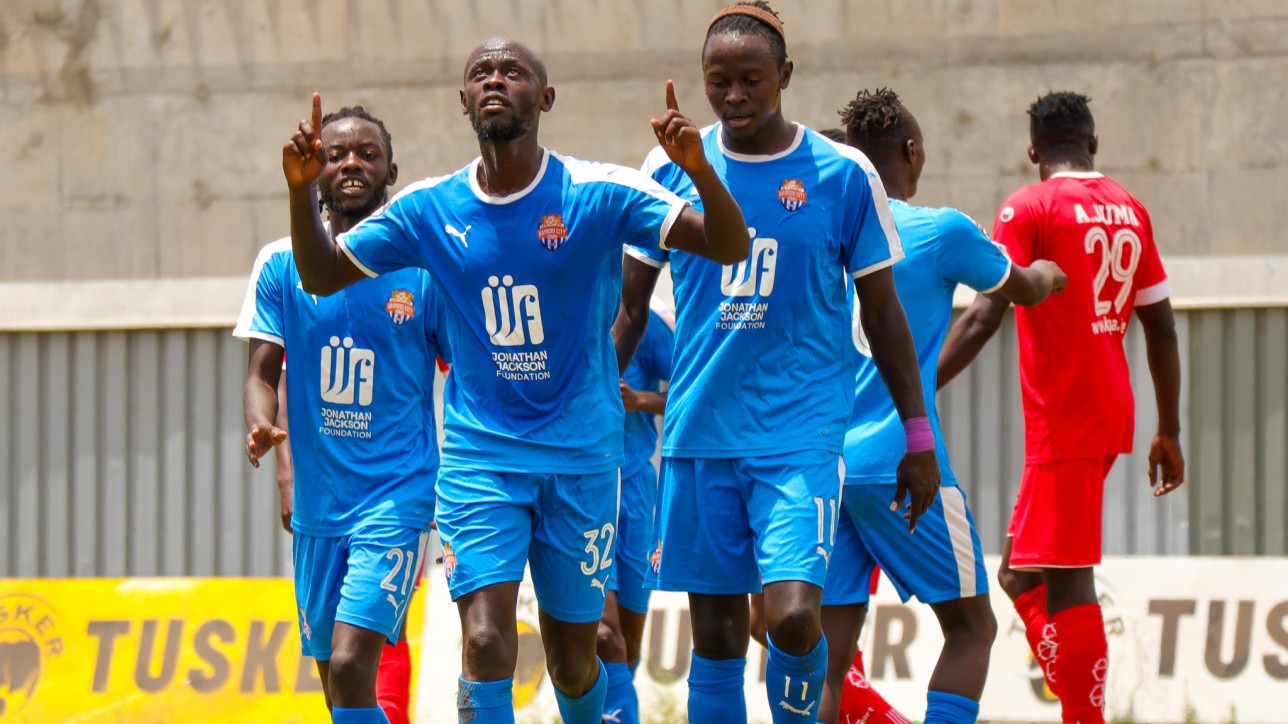 One for the history books📚

Our jersey 32, Ezekiel Omulo scored his 32nd goal for NCS and now sits third on our All-Time Goal scorers’ list.

Odera’s goal, his eighth of the season, came via the penalty spot after Timothy Ouma was fouled in the box by a Wazito defender.

The goal, the first penalty scored by City Stars this season, improved Odera’s goals in City Stars colors, in all competitions, to 32 to tie Gambian hitman Ebrima Sanneh.

In early April, Odera scored once as City Stars beat Bandari 2-1 in Ruaraka to level up with another club legend Arthur Museve on 31 all-time goals.

“The most important part about the Monday’s goal is that it gave us a much-needed win in the league. The team had gone two games without a scoring a goal and I am glad to have ended that run,” said Odera

Odera leads the scorer’s pack at Simba wa Nairobi, and has three goals on Timothy Ouma and Anthony Kimani who have both scored five goals each.