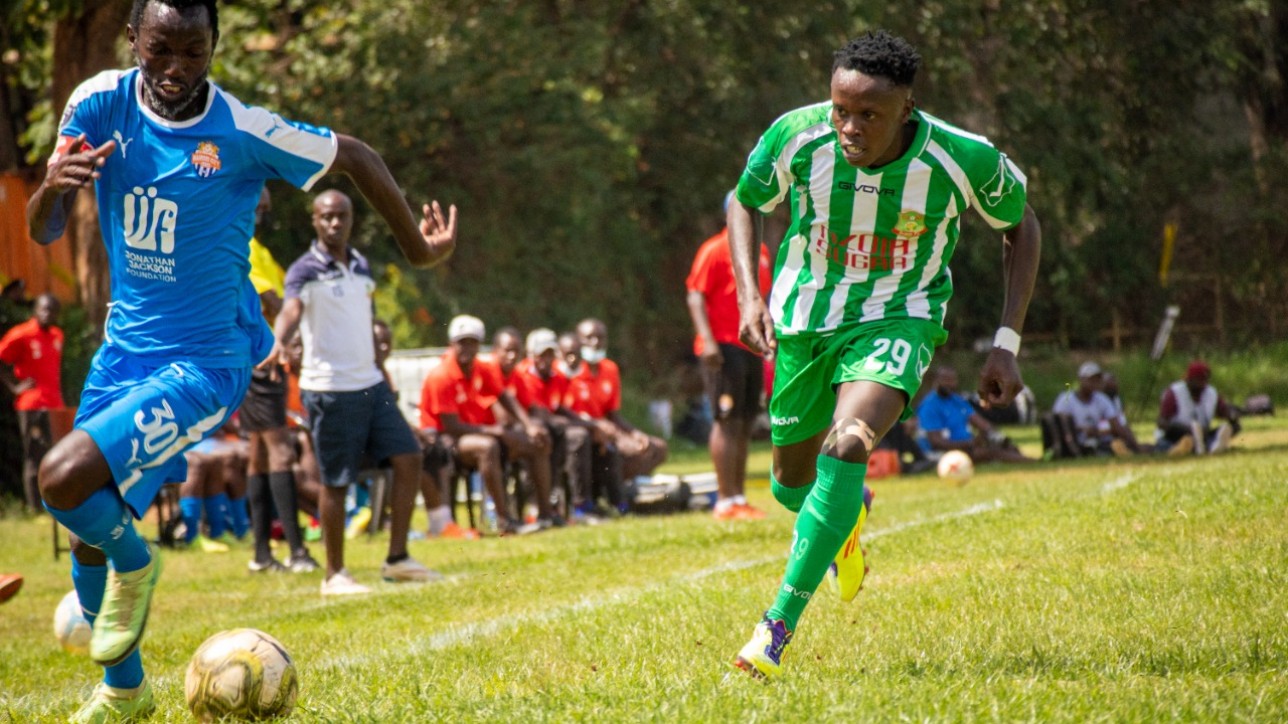 It ends level in Ruaraka

Both sides came to the game on the back of immediate losses, City Stars having gone down 2-1 to Kariobangi Sharks at the same venue on Saturday as Nzoia had dropped all spoils after a 1-0 loss to Kakamega Homeboyz in Sudi on the same day.

12 minutes into the game Collins Wakhungu of Nzoia flew down the right wind only to fire at the side netting.

A response came two minutes later from Simba wa Nairobi skipper Anthony Muki Kimani who drove to the Nzoia box only to miss out on space to shoot after being closed down.

A minute later Nzoia had a freekick at the edge of the box. Wakhungu managed to get a corner from it, but it was wasted.

Three minutes on, City Stars were on the opposite end when perfect neat passes between Muki and Oliver Maloba had the latter in the box only for the ball to end up with Nzoia keeper Benson Mangala.

Those four instances set the tone for the game played on a perfect mid-week afternoon.

In the 27th minute, Bonface Kweyu of Nzoia fired a shot straight to City Stars keeper Jacob Osano, off a cross from the right, as they promisingly grew into the game.

Seconds later they threw away the most glorious of chances for a lead when, after beating all his markers and within meters of the goal-line, Lewis Barasa took a touch too many allowing City Stars defense to bully him out of the box.

At the stroke of halftime, Nzoia was denied what seemed a sure goal after Salim Shitu Abdalla combined with defense partner Edwin Buliba – who completed the full 90 minutes on his first season game – to clear a ball off the line.

At the start of the second half, Nzoia hoped to atone for their missed chance just before the breather but a freekick from good range went straight to Osano. A corner that followed right after bore no fruits.

At around the hour mark, in a bid to add punch to his squad, City Stars coach Nicholas Muyoti brought in Nicholas Kipkirui and Timothy Babu Ouma for Davis Agesa and Ezekiel Odera, respectively.

Within four minutes after the change, Nzoia threw away two freekicks in between a good effort from Peter Pinchez Opiyo whose shot off a Maloba cross went wide.

In the 73rd Nzoia brought in Dan Wafula and Ian Simiyu for Wakhungu and James Kibande and moments later, Vincent Otieno came on for skipper Muki.

In the 83rd minute, Babu fired a shot from outside the box but it flew just above the crossbar. that effort came three minutes after John Mwangi had fired straight at Osano in City Stars goal.

A bit more dead balls from either side dominated the final minutes of the game but goalless it remained.

With a point, City Stars moved to fourth with 14 points as Nzoia, now winless in eight games this season, remains 17th with three points.

Travelling squad for our clash against Nzoia! Many thoughts for left-back Dennis ‘Decha’ Wanjala during an 8th round FKF Premier League match on Wed 8 Dec 2021 in Ruaraka during a game against his former employers. It ended 0-0