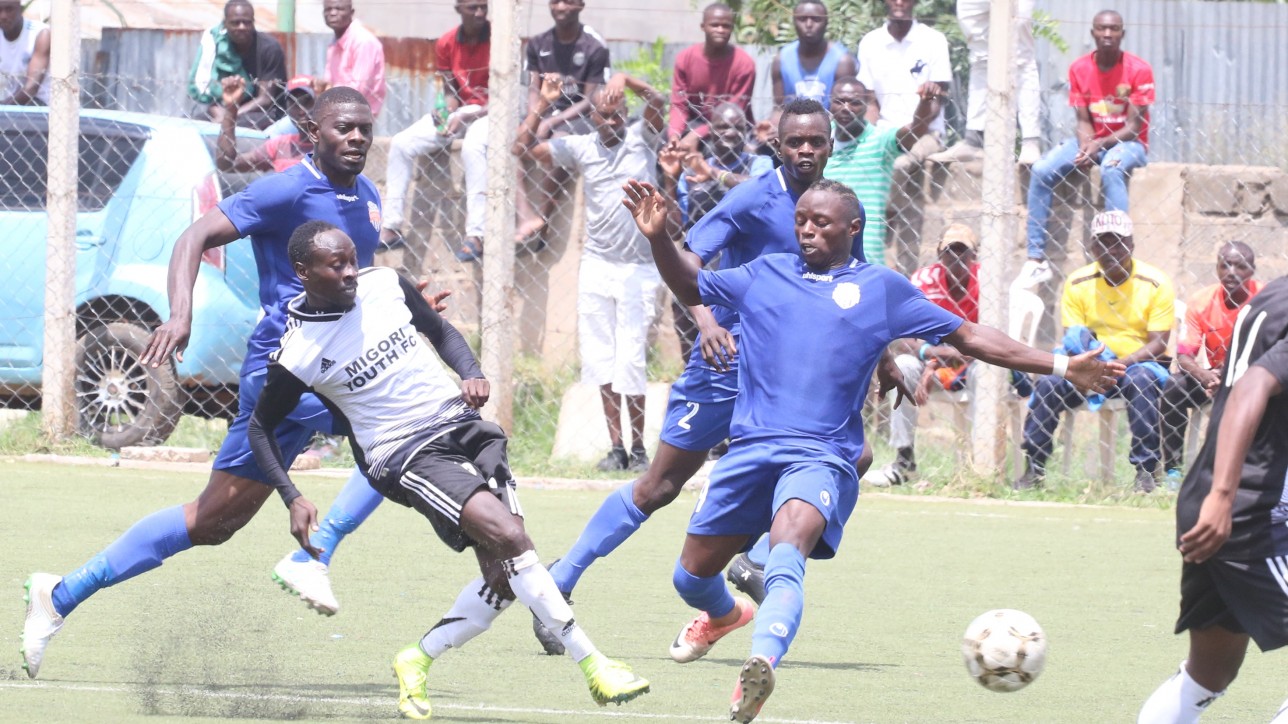 Simba wa Nairobi roared once again to stay unbeaten into the new season after coming from behind to see off Migori Youth 2-1 at Camp Toyoyo, Jericho during a match 12 game on Saturday 2 November 2019.

City Stars were down 1-0 after just 14 minutes when Migori’s lead striker Clinton Okoth pounced on a ball following a defensive mix up to slam home at the far post – his eight goal of the season – past a stranded Levis Opiyo in goal.

It got worse for City Stars six minutes later after conceding the goal as skipper Anthony Muki Kimani the midfield engine was slapped with a straight red card after a reckless challenge on a Migori’s Robert Ouma.

Down to ten men, it looked all lost for City Stars who are unbeaten in the NSL since May 2019.

Stabilization of the midfield was immediate and in the 38th City Stars were level after left back Wesley Onguso whipped in a free kick that striker Davis Agesa flicked in.

It was Even-Steven into the break and to the closing minutes of the game when substitute Oliver Maloba rammed home the winning goal after getting to the end of a free-flowing move in the 86th minute.

With the win, City Stars moved to the 32-point mark after 12 rounds to open a nine-point gap over Migori who stagnate at fourth with 23 points.

Next up for the boys from Kawangware is FC Talanta at Camp Toyoyo on Friday 8 November 2019.