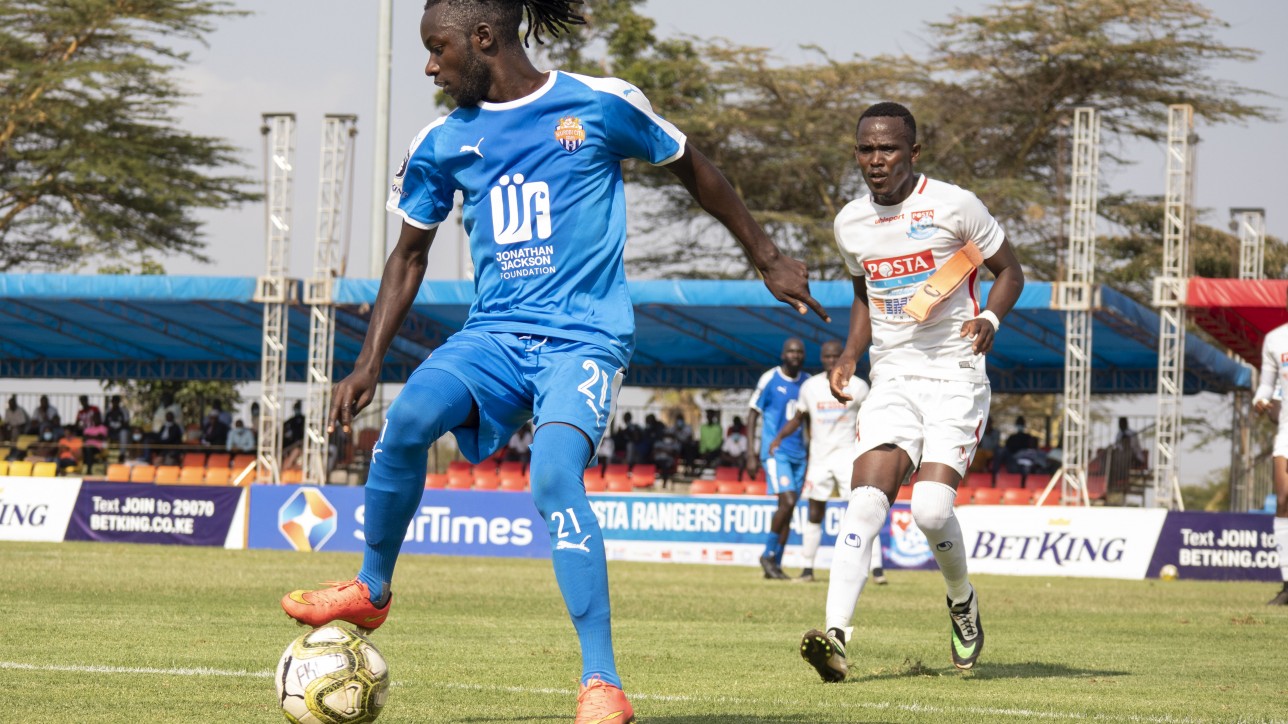 Attacking midfielder Oliver Maloba is expected to be back in training from mid-October, or thereabout, according to Nairobi City Stars team physio Brian Otieno Odongo.

Maloba missed the last six premier league games last season due to Kenya U23 team duty out in Ethiopia from where he returned with a thigh injury.

“He has been under observation by the national team Doctor as well as the team physio and is getting better as the weeks go by,” said team coordinator Samson Otieno

Odongo gave this update on his injury;

“He has been on rehab and has about three weeks to go. He had some pain on the affected area but that has been progressively reducing,”

“We expect him to join the rest of the team in training by mid-October,” added Brian

On his part, Maloba said; “I am recovering well and hope that I’ll be back in the projected three weeks as stated by the physio,”

He scored twice, picked as many MVP titles, and had an assist. Oliver Maloba on the ball against Bidco in the quarters of Betway Cup on Thur 10 June 2021 at Ruaraka grounds. Bidco United won 1-0 Oliver Maloba takes on a Posta Rangers player during a friendly at the Jamhuri Park on Fri 7 May 2021. It ended 1-1