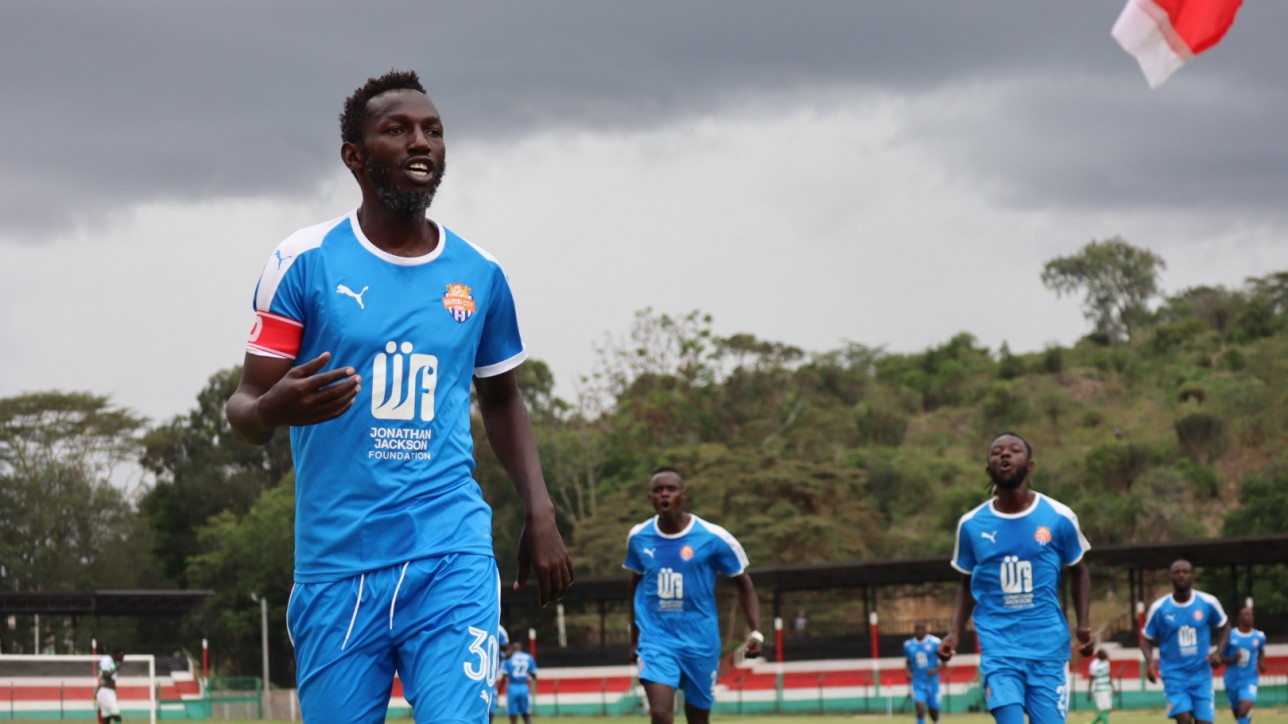 After featuring in all eight Premier League games into the 2020/21 season, skipper Anthony Muki Kimani is set to sidelines for at least two weeks after hurting his shoulder after an awkward fall in training on Tuesday.

According to team Physio Brian Otieno Odongo, Muki suffered type 1 tear on the shoulder as well as ligament team and will be out for a fortnight.

“His latest injury sets him back two weeks which makes him unavailable for games during that period,”

But as Muki is forced to sit out, dependable stopper Salim Shitu Abdalla returns after a minor knock that kept him out of the last game against Ulinzi Stars.

“Shitu strained his ankle against Posta Rangers game at Kasarani and as a precaution we had to rest him against Ulinzi. He is now available for upcoming games,” said Brian

Beyond Shitu, only two other players are being attended by Brian; defenders Yusuf Mukisa Lubowa and Calvin Masawa.

“Mukisa had a calf tear and Masawa quads tear. Both have kicked off rehab and are both progressing very well.

Defensive mid Charles Chale Otieno who was on his radar in the other week was discharged and made the bench against Ulinzi Stars.