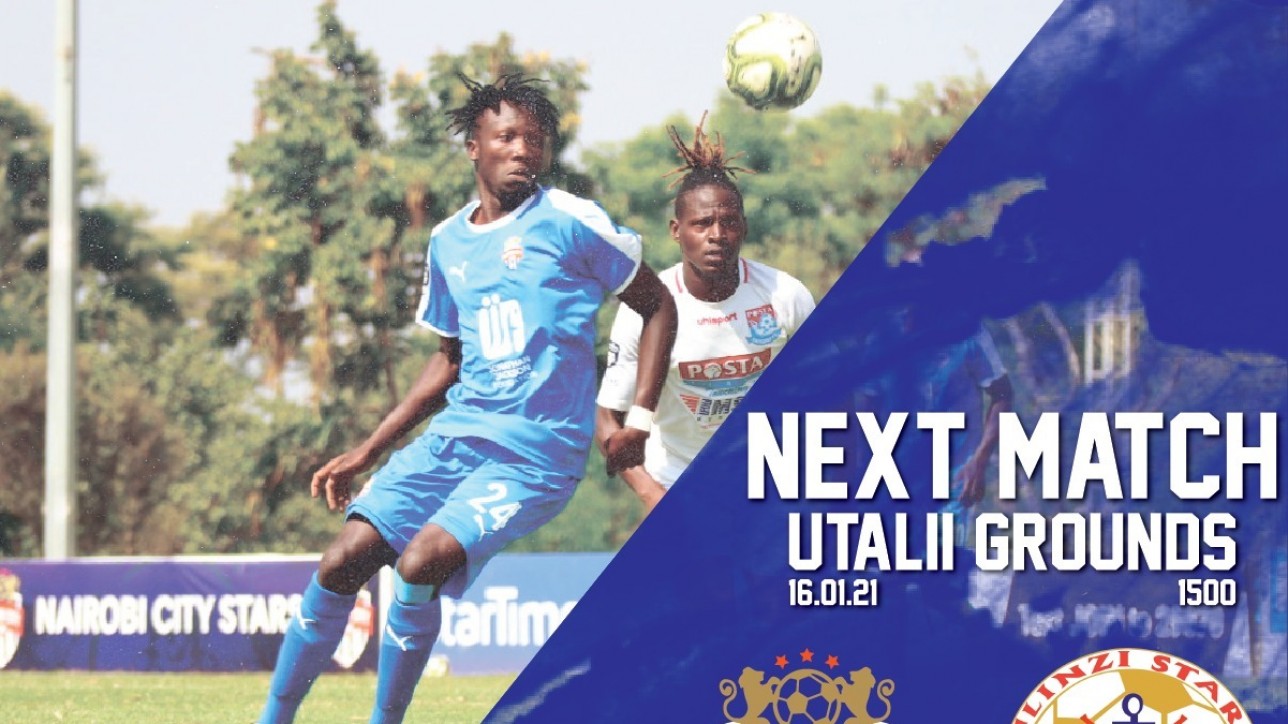 Utaliii Grounds will be the venue when Nairobi City Stars face off with Ulinzi Stars in a round eight Premier League game on Saturday 16 January 2021 starting 3pm.

From the archives, the two have met 22 times over 11 straight seasons from 2006 to when Nairobi City Stars got relegated in 2016.

In the 22 games Ulinzi Stars calls the tune having won eight games and lost just twice. The remaining 12 games ended in draws.

Half of the games have been hosted by Simba wa Nairobi and the records of 11 home games reads; one win for City Stars, five loses and as many draws.

In their first ever meeting back on 29 Jan 2006 at Nyayo Stadium, a Robert Matano coached City Stars then known as World Hope, received a 5-1 drubbing.

Ulinzi led 3-0 at half time with goals from Tom Ogweno, Elvis Ayany and Vincent Onyango. They then added two more in the final minutes through George Otieno and Sammy Simiyu, goals that came on either side of what became a consolation from Francis Thairu.

In their last meeting in mid July 2016, the two sides tied 1-1 at Nyayo Stadium. A late Ezekiel Odera strike forced even-stevens by cancelling out a Luis Masika first minute own goal.

City Stars’ only home win over Ulinzi was registered at Hope Centre back on 20 April 2008. Dennis Wise Okoth and Silas Aluvisia scored on either half to hand coach John Bobby Ogola a 2-1 win as Ulinzi grabbed a late consolation from Francis Ochieng.

Though City Stars will host Ulinzi Stars for the 12th time in the top league, the upcoming game will be the first ever at Utalii grounds as the previous 11 meetings were hosted at Hope Centre (4 games), Nyayo Stadium (3), City Stadium (3) and Ruaraka (1).