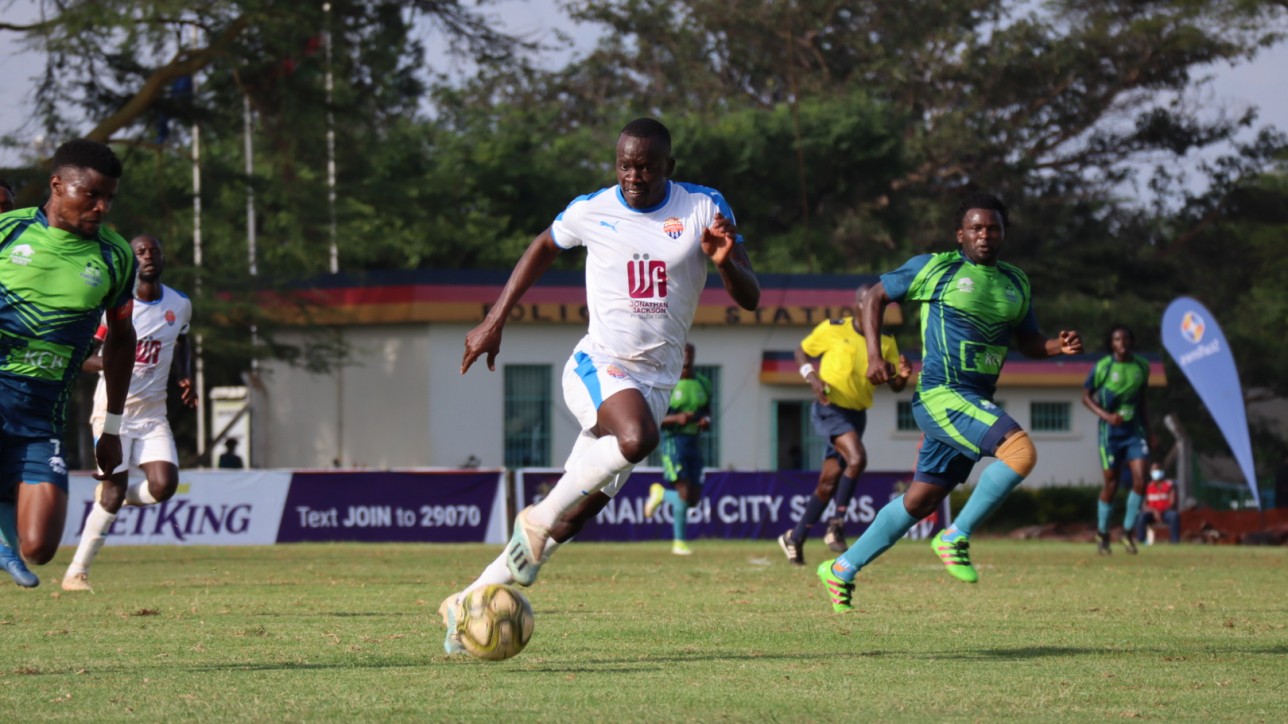 For the 22nd time since the year 2005, Nairobi City Stars and KCB will faceoff in the Kenyan top-flight league, this time in a season-ender in Narok on Sunday 22 August 2021 starting 3 pm.

The upcoming round 34 tie is a historic one as City Stars and KCB have never met in the premier league beyond five Nairobi venues Nyayo Stadium, Kasarani, Ruaraka, Hope Centre, and City Stadium.

What has traditionally been a Nairobi affair by two Simbas fighting for territory has now been taken to the Savanah out in Narok County.

From the previous 21 games, City Stars has seven wins to KCB’s ten, the other three games ending in draws.

But narrowed down to home games, City Stars has won five of ten games it’s hosted KCB. The registered three draws have been in City Stars home games. KCB has managed two away wins over Simba wa Nairobi.

In the ten home games, City Stars has outscored KCB 12 goals to nine.

Into the Sunday game, one major change is on coaching where City Stars will be led by John Amboko.

During the first leg, Amboko was assistant to Sanjin Alagic who has since left the club following the expiry of his contract.

On the other side will be Zedekiah Zico Otieno who masterminded KCB’s 1-0 win in the first leg.

KCB sits second on the log with 59-points, three off-leaders Tusker, while City Stars is sixth with 45 points.

Mathematically, KCB has a chance to go for the title while City Stars wants a high finish of closing it in the top five.

Either must therefore win and of course be supported by other results from the final season results.