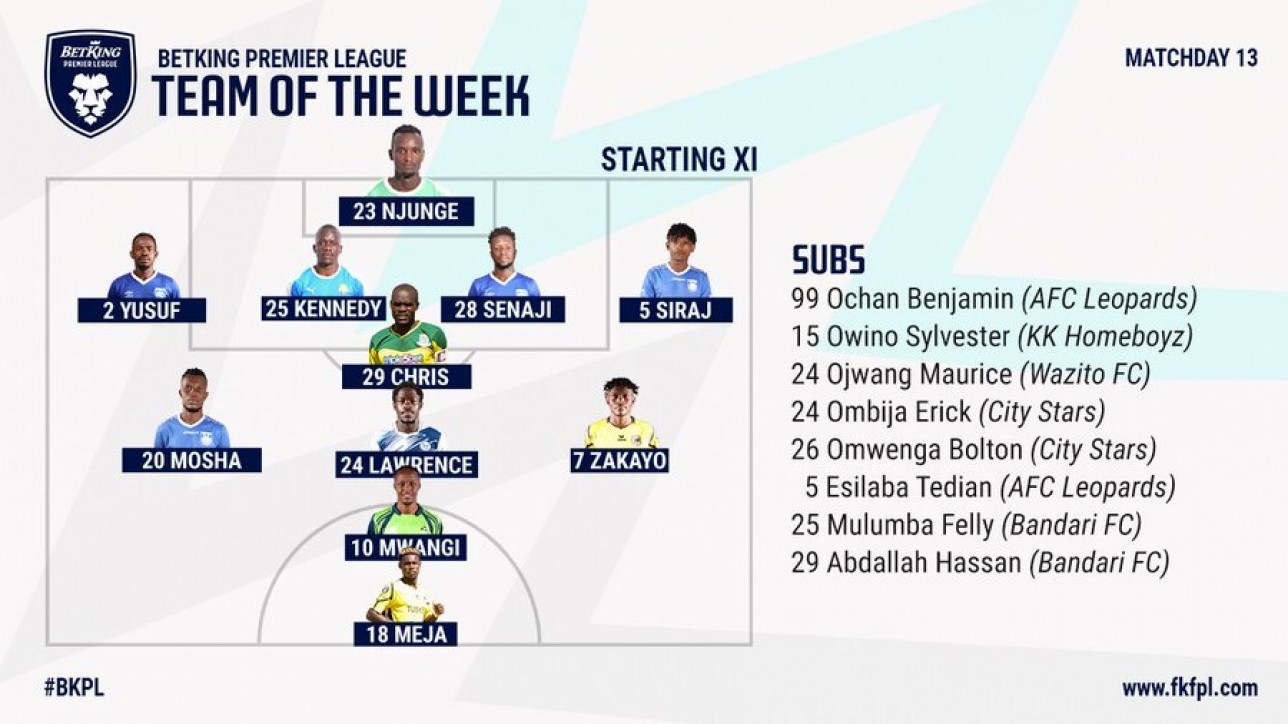 Four Nairobi City Stars players made it to the Team of the week (TOTW) at the close of round 13 games played on Wednesday 23 February 2021.

Keeper Steve Njunge and centre back Kenedy Onyango both made it to the first elven of the week while left back Balton Omwenga and striker Erick Ombija were added on to the reserve list.

In the Wednesday games, City Stars hit home team Western Stima 2-0 at Moi Stadium in Kisumu to earn a successive league triumph to move from 13th to tenth with 16 points in the 18-team log.

Ombija scored once off a corner from Omwenga as Peter Opiyo added a penalty before half time to complete the win.

Onyango and Njunge worked tirelessly in the second half to ward off the hosts to the very end.

Beyond being named in the team of the Week, Njunge has been nominated in a short list of three players for consideration as Player of the Week.

In the last set of games, in round 12, Kevin Chumsy Okumu made the reserve list of the TOTW.

Chumsy scored on his debut for City Stars on Saturday as Simba wa Nairobi powered to a 2-1 win over Zoo FC at Kasarani to end an eight-game winless streak.