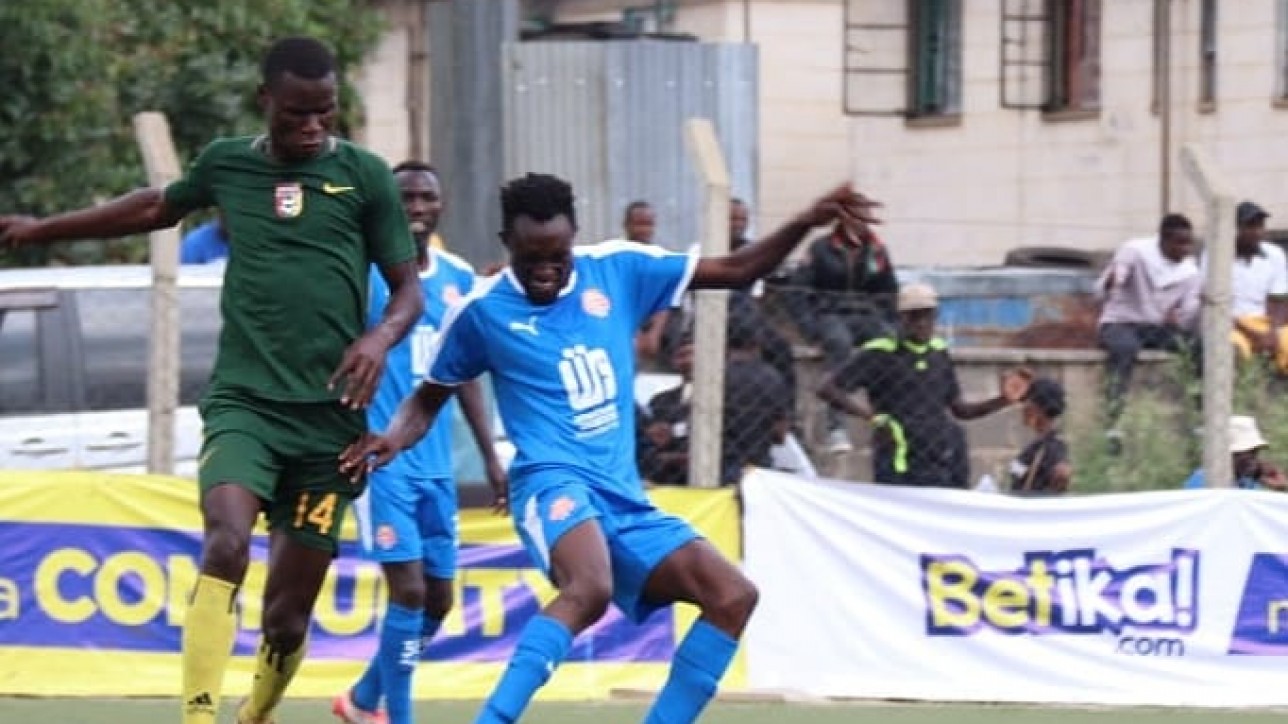 A number of Nairobi City Stars players have been handed lifelines to return to near, or full fitness, following indefinite cancellation of the leagues from mid-March due to the Corona Virus outbreak.

As the league wore on, some players were falling off from starting berths to the bench, or out of the squad all together, following varied injuries.

Defensive midfielder Charles Chale Otieno, strikers Jimmy Bageya and Vincent Jamaica Otieno, defenders Wycliffe Otieno and Edwin Buliba are some of the players who would have otherwise missed games had the Corona Virus disrupt not arrived.

For Chale (pictured), a atural deep 6, his season was as good as over had matters not reset from the norm following the arrival of the pandemic.

A knee injury – a complex tear to the lateral meniscus – diminished enforcer and spoiler Chale’s performance to an extent he had been asked to sit out the rest of the season. He’s been undergoing weekly observation and rehabilitation at the Muchatha Health Care, a renowned Physiotherapy & Sports injury clinic.

According to team trainer Grace Wang’ondu, “Chale may not be fully fit on time as his case is about managing the injury and pain. With strengthened muscles around the injury he may get to a point where he can play with rehab and physio”.

A take-two to a rebound in Kericho, in a game against AP Bomet at the Green Stadium on Sunday 8 March, left Bageya with a complex tear to his medial meniscus on his right knee.

Left to limp dangerously after, Jimmy missed the next game against Nairobi Stima on Saturday 13 March – his first miss of the season. He would have only returned, if all went well, after three to four weeks.

Teenage striker Vincent had been part and parcel of games 2 to 25 between September 2019 to early February but an acute knee injury during a friendly game in early February saw him off the squad for a month. He was to start normal training in readiness for league games.

Buliba suffered a patella tendonitis and IT band syndrome on his left knee during a crucial game against Nairobi Stima. He did not complete the match and has been undergoing physio sessions since then.

Big defender Wycliffe,a regular starter since match day 6 back in September 2019 has been playing while on rehab to a mild-Achilles tendon pain. Chances are he would have missed some games to fully recover.

Away from those five cases, two other players; keeper Levis Opiyo and striker Ezekiel Odera are expected to fully recover from minor concerns suffered from recent games; patella tendonitis and mild Achilles, respectively.

Collectively, and baring any new developments, the seven players are expected to be on equal footing to contest for playing places once the league resumes at the end of the sporting lock-down due to Corona Virus.

Right back Kevin Okumu, who missed out the last two games, had only recovered from grass burn around the knee and hip area and was rearing to reclaim his position in the team.

Two strikers; Ebrima Sanneh and Davis Agesa had had exited the physios desk by the time the league took a break.

Sanneh, the club’s top scorer had only featured once in four games but came off the bench to power in a winning header – for his ninth season goal – during the last game against Nairobi Stima.

It confirmed he had fully recovered from a patella tendonitis that had slowed him down since the turn of the year.

In that game Agesa clocked the whole 90 minutes for the first time in a month following the full healing of soreness and swelling around his knee.

Though league games were brought to a halt due to the corona virus pandemic, the new situation brought about by the forced break has since turned out to be a blessing in disguise for players seeking to recuperate.