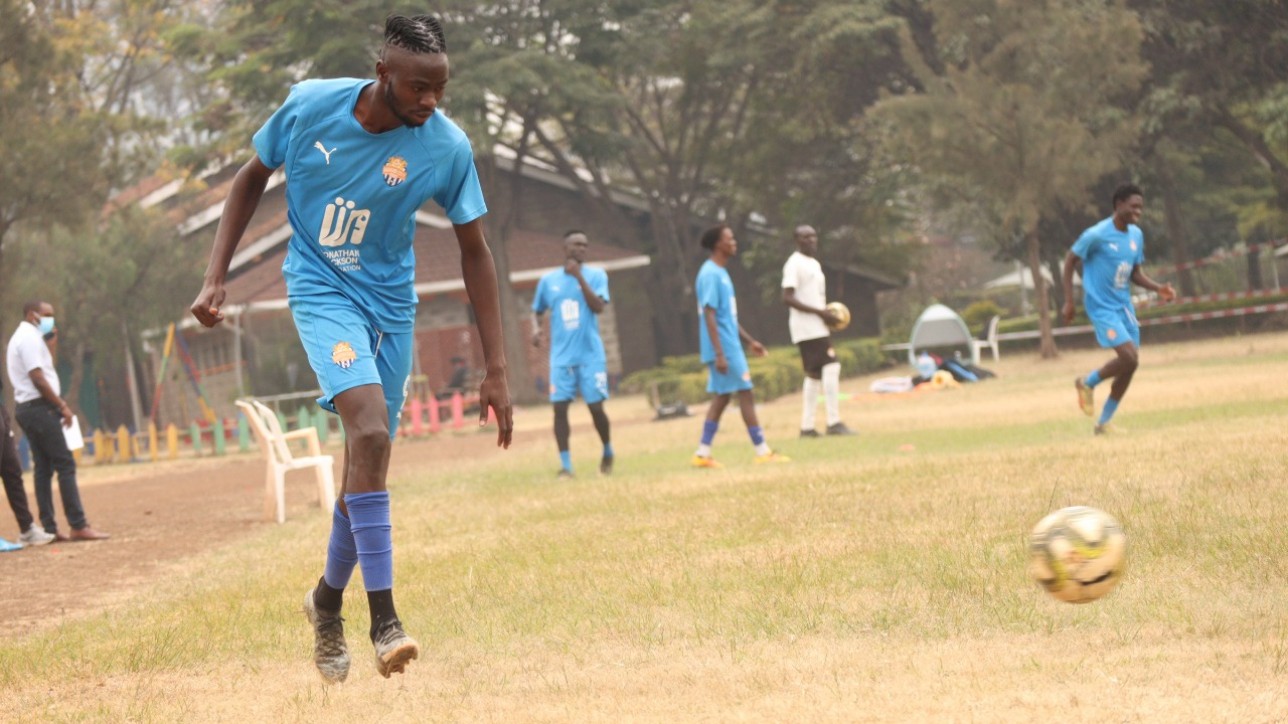 Jamaica, a substitute for Davis Agesa in the 72nd minute, made an immediate impact with the fourth goal two minutes later after connecting to a pinpoint Peter Opiyo cross.

Otieno on for Agesa

Jamaica chested down Pinchez cross then lobbed advancing keeper Richard Aimo to place the ball into an empty net.

Jamaica, now in his third season with Simba wa Nairobi, but the second in the premiership, was taken away by the goal.

“First thing, I want to thank the almighty God. I have been waiting for this moment – to score. It really feels good and it brings me real joy that I want to experience each time I play,”

“I am aiming for more goals in games to come.” said the speedy forward.

Jamaica joined City Stars from Hakati Sportif in mid-2019. He was one of the young stars in the team that earned promotion at the close of the 2019/20 season.

In his debut premier league season; 2020/21, Jamaica featured in seven of the 33 games.

Thus far, in the 2021/22 season, Jamaica is stepping it up and has been part of all six games played so far.