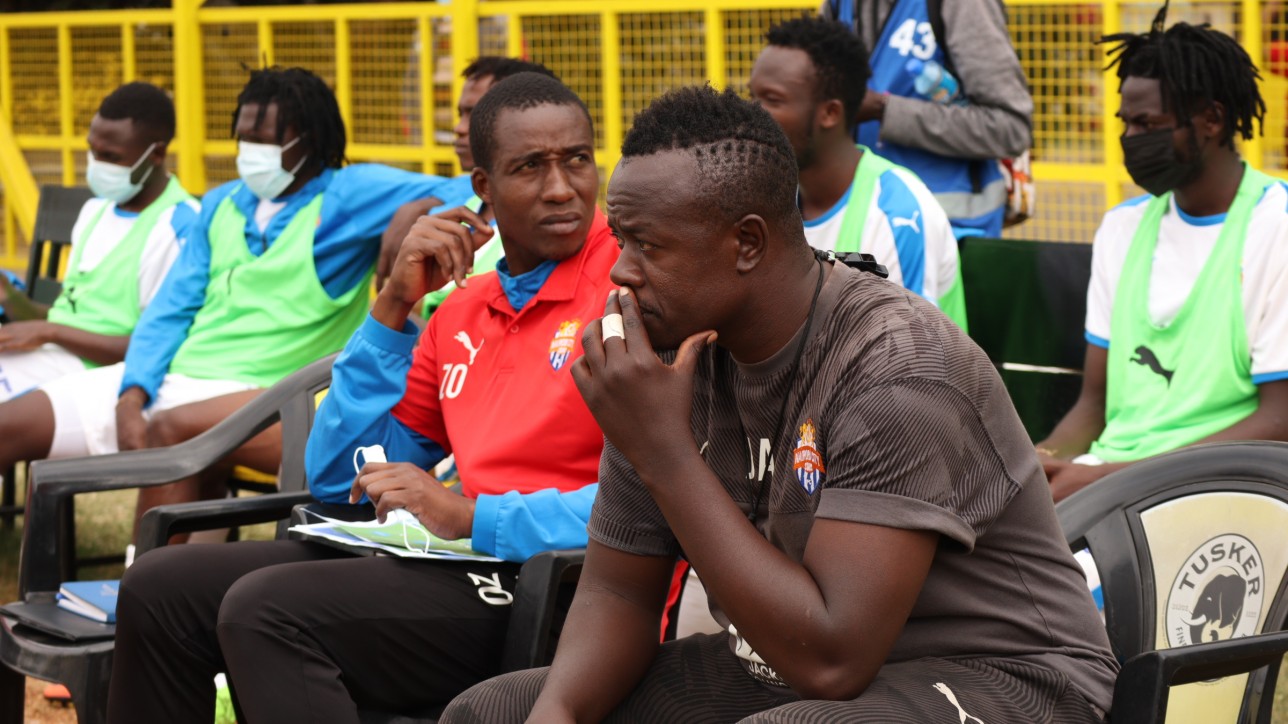 Nairobi City Stars head coach John Amboko has trained his sights on the last but one fixture of the season against Posta Rangers set for Ruaraka on Saturday 14 August 2021 starting 1 pm.

The Rangers’ fight shows up on his menu a week after he had a 2-0 fall to Mathare United at the same venue last Saturday, a result that ended his two-game winning streak over big wigs Tusker (1-0) and AFC Leopards (2-1) at the same venue.

Against Mathare, Amboko was very thin on squad numbers due to injuries and suspensions and had to call on the rest of the lot for the game. Amboko was without seven regular starting players.

In their absence, Amboko had to hand left-footer John Kamau only his first start of the season and utility back Edwin Buliba his second season start.

Buliba started at right-back but mid-way through the first half had to move and partner Kenedy Vidic Onyango at center back following the untimely exit of Wycliffe Otieno due to an ankle dislocation.

That led to the introduction of overall team captain Calvin Masawa as right back to clock only his third game of the season.

“We as a team were disappointed with the result we got against Mathare United. We did not play well enough to harvest the three points,” said Amboko

“Lack of player numbers, as well as unfamiliar combinations, had a bearing in the outcome of that game,”

“For the next match against Rangers we are working hard to continue improving.” He added

For the Rangers’ game, Amboko will be boosted by the return of five key players: Muki, Chumsy, Shitu, Maloba and Agesa.