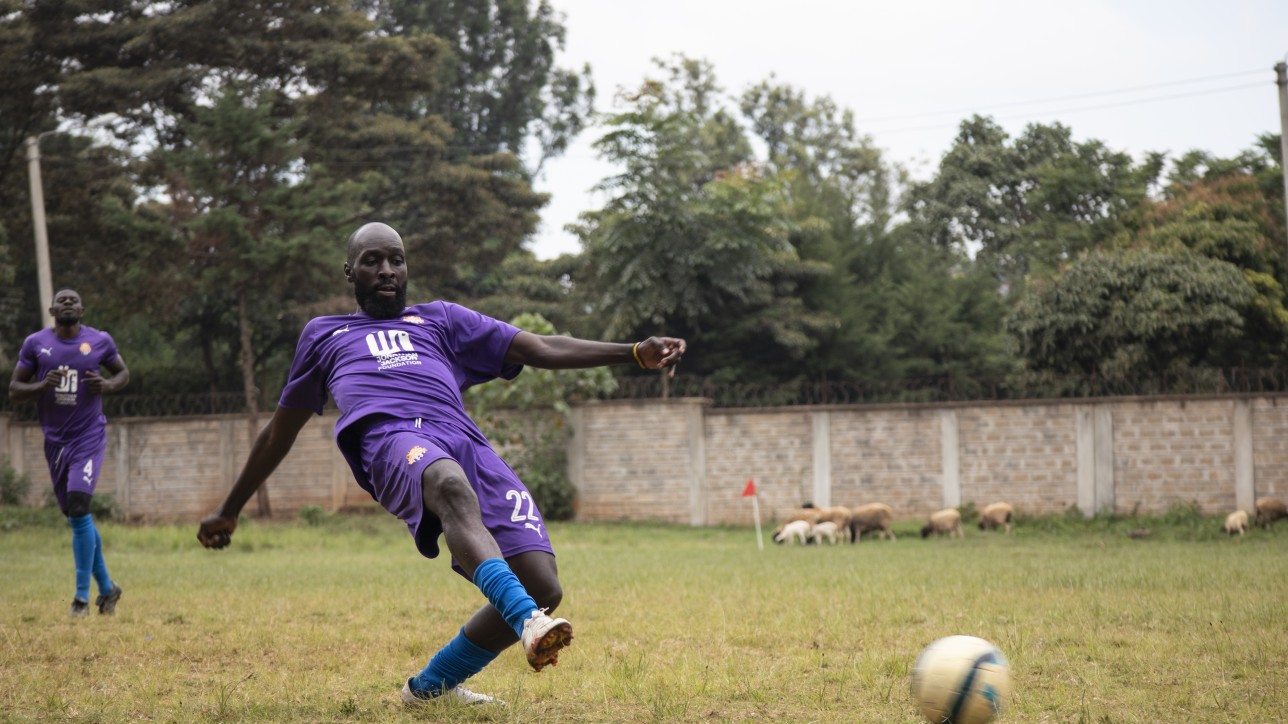 After sitting two games out, defender Wycliffe Otieno has shaken off an injury suffered against Nzoia Sugar on match day one, and is in the setup for the upcoming game against Bidco United on Thursday 17 December 2020 at Utalii Grounds starting 3pm.

As Wycliffe returns, powerful forward Davis Agesa has been forced to miss the Bidco game due to sickness. Agesa started the first three games against Nzoia Sugar, KCB and Bandari. Davis Agesa on the ball as Peter Opiyo looks on during a friendly against Mt. Kenya United on Sat 14 Nov 2020. It ended 1-1

Other than that change, the rest of the squad remains as is.

“Wycliffe is now fit enough to feature in the game but Davis is out due to sickness suffered over the weekend. He will have to miss the (Bidco) game.” said head coach Sanjin Alagic

Jimmy Bageya who provided an important assist in the last game against Bandari retains his place in the team.

All other regulars, led by Anthony Muki Kimani and Calvin Masawa, the field and overall captains, correspondingly, have maintained their places in the squad.