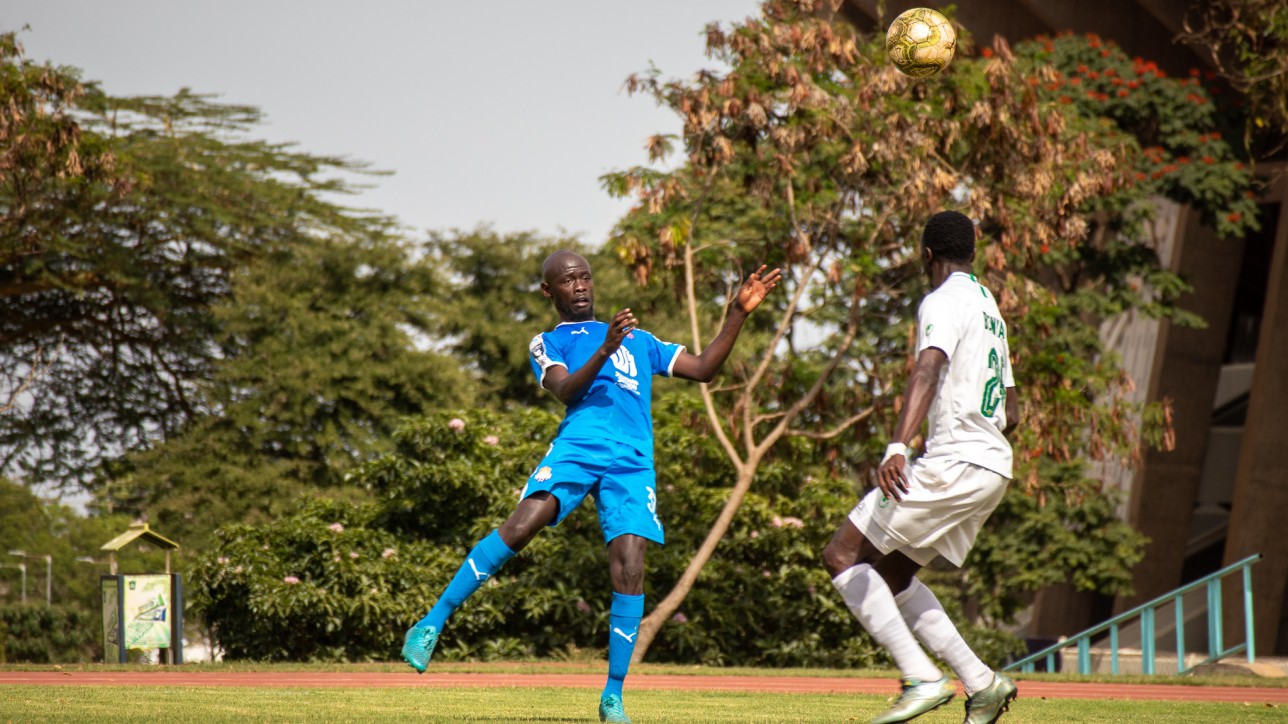 Ezekiel Odera’s lone goal that delivered a 1-0 win over Kariobangi Sharks on Saturday 6 February 2022 has brought him ever so close to the 30-goal mark at Nairobi City Stars.

The goal, his fifth this season, but 13th in the premier league over three seasons, saw him catch up with former club stalwart Jimmy Bageya on 29 goals.

Club legend Arthur Museve, now a trainer with the club is on 31 goals, one ahead of immediate former Simba wa Nairobi striker Ebrima Sanneh.

Legends Justus Basweti and Francis Thairu are the only two players to have scored over 34 goals each at City Stars.

“All those records are an attraction to me and are the reason that spurs my performance,”

“I want to score goals that help the club achieve its’s targets but ultimately I wish to be the record goalscorer by the close of the season,” added Odera

In 2016, his first season at City Stars, Odera top-scored with four premier league goals and added one more in the domestic cup.

He went on to top-score for the club with eleven goals the next season in the National Super League (NSL).

After that season he took up other challenges only to return to City Stars at the onset of 2020 where he scored three league goals in the NSL contributing to the clubs’ promotion at the close of the coronavirus-halted 2019/20 season.

In the 2020/21 Premier League season, Odera scored four league goals and one in the domestic cup and has since added another five league goals in the current 2021/22 Premier league campaign that is halfway through. Ezekiel Odera mobbed by Oliver Maloba after his goal against Vihiga Bullets on Sat 6 Nov 2021 in Ruaraka. City Stars won the duel 4-0