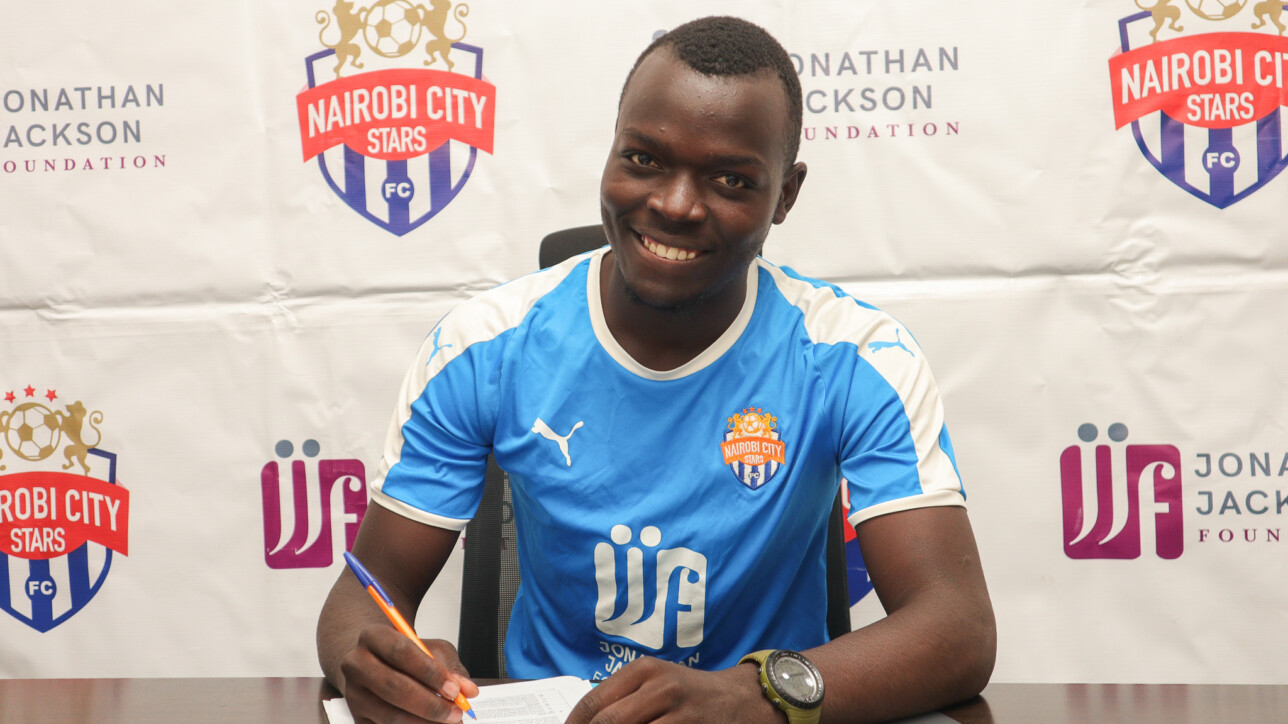 The teenager, fondly known as Tony in the hood, arrives at Simba wa Nairobi after the conclusion of the Division One league recently.

He had been a regular at City Stars training during the past league season before making a permanent cross-over.

“We’ve been tracking Newton for a while, and over the last few months, he has been in and out of training with Nairobi City Stars for integration purposes. The coach identified him as a good prospect for the upcoming season and I wish to take the earliest opportunity to welcome him home to Simba wa Nairobi,” said City Stars team coordinator Samson Otieno

Newton is an alumnus of Upper Hill school where he was a captain till his final year in 2021.

“I am happy to sign for Nairobi City Stars, a club that matches my ambitions. A club with the potential to win and play attractive football for its passionate fans,” said Newton

“In addition to goals and assists, I will bring dedication to training, on matchdays and I will do my best to represent the club positively off the pitch. I can’t wait to get started and learn from an experienced technical bench, my teammates, and our fans.” he added

Newton will don jersey No. 15 which was vacated by John Kamau.