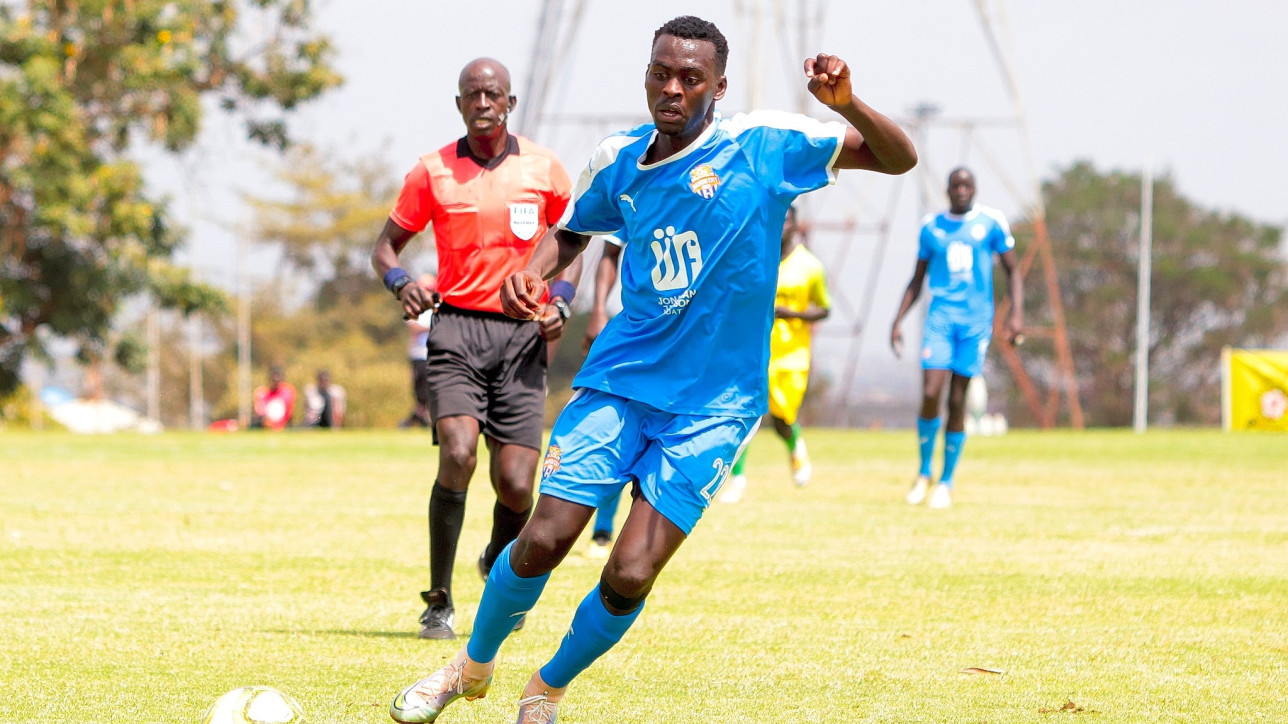 Nairobi City Stars kicked off the 2022-23 FKF Premier League season with a home game against Bidco United at Nyayo Stadium on Sunday 20 November 2022.

The visitors scored twice in the first half to carry the day with a 2-0 win.

Away from the result, Simba wa Nairobi introduced four new players to the top-flight league, while handing another his first full premier league game.

Kelvin Etemesi, Ronney Kola, Newton Ochieng, and Daniel Odhiambo all made their premier league bows, as Samuel Kapen, in his second stab in the top league, clocked his first 90 minutes.

The newbies spoke on their entry to Kenya’s apex league.

Daniel Odhiambo, signed from Kibera Black Stars, was introduced in the 69th minute in place of Elvis Noor Ojiambo. He had this to say;

“It was indeed a special moment being able to represent Nairobi City in my first topflight game even though the game ended in defeat,”

“We will bounce back and come off much better in upcoming games. I am looking forward to a great season ahead,”

Ronney Kola, a former Kenya School of Government defensive midfielder, was fielded as a stopper alongside Kenedy Onyango and went on to clock a full 90 minutes on his debut. He said;

“It was a very good experience as my dream to play in the Kenyan Premier League finally came true,”

“The atmosphere was great and I look forward to many more games,”

Samuel Kapen, in from Kibera Black Stars, landed his first full game. Previously, while at Rangers, he had only been handed cameo appearances at the same level in the 2020-21 season.

“It was a good game for me as it was my first (full) game in the top league,”

“I know I can do better and give Nairobi City Stars better results,” added the right winger

Kelvin Etemesi, formerly of Kangemi All-Stars, started the game before being replaced by Anthony Muki Kimani. He said;

“Thank God for the debut at the big stage. It’s one of the things every player would wish for,”

“It was not good for me and for the team, but we are going to come back stronger,”

Newton Tony Ochieng, formerly of Vapor Sports, was introduced at the start of the second half in place of Oliver Maloba for his debut.

“This is what I have always dreamt of, to play in the premier league, and it has come true,”

“It’s a memorable experience and I now look forward to featuring in many more games.” said Tony

All five debutants will be hoping to build on their first league game when City Stars travels to defending champions Tusker in the next game on Sunday 27 November 2022 in Kasarani Stadium. The game kicks off at 3 pm.