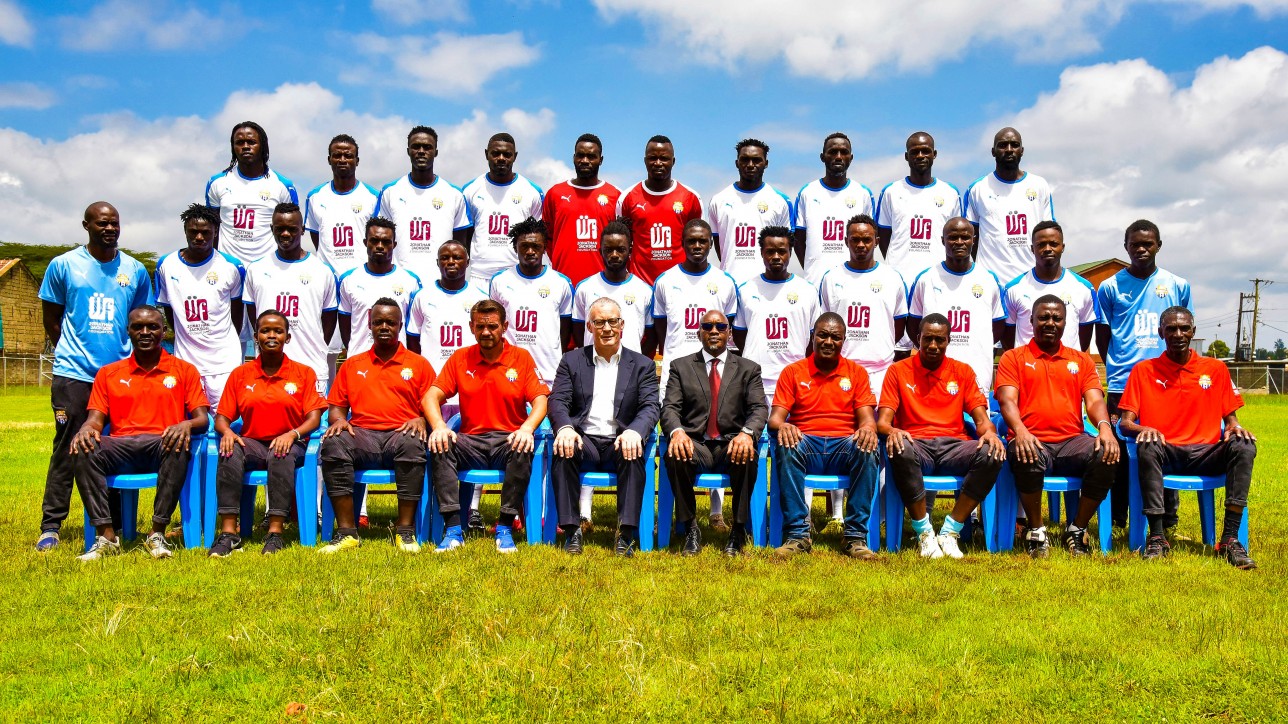 Nairobi City Stars on Tuesday 14 January 2020 unveiled new kit to be donned for the second leg of the National Super League (NSL) to be played between January and May this year.

The kit launch was held at the club’s home base at Hope Centre, Kawangware and was attended by the club’s top brass including the Chairman Jonathan Jackson.

Three playing kit – electric blue for home, white with a strip of blue for away games and a purple outfit as neutral games were showcased. Two other sets, orange and electric blue, were unveiled as training kit. Part of the kit includes track suit as well as kit bags.

Team officials were not left behind as they also showcased off field kit that includes polo’s and casual wear. Away kit – White with a blue band Away kit – Blue with white band