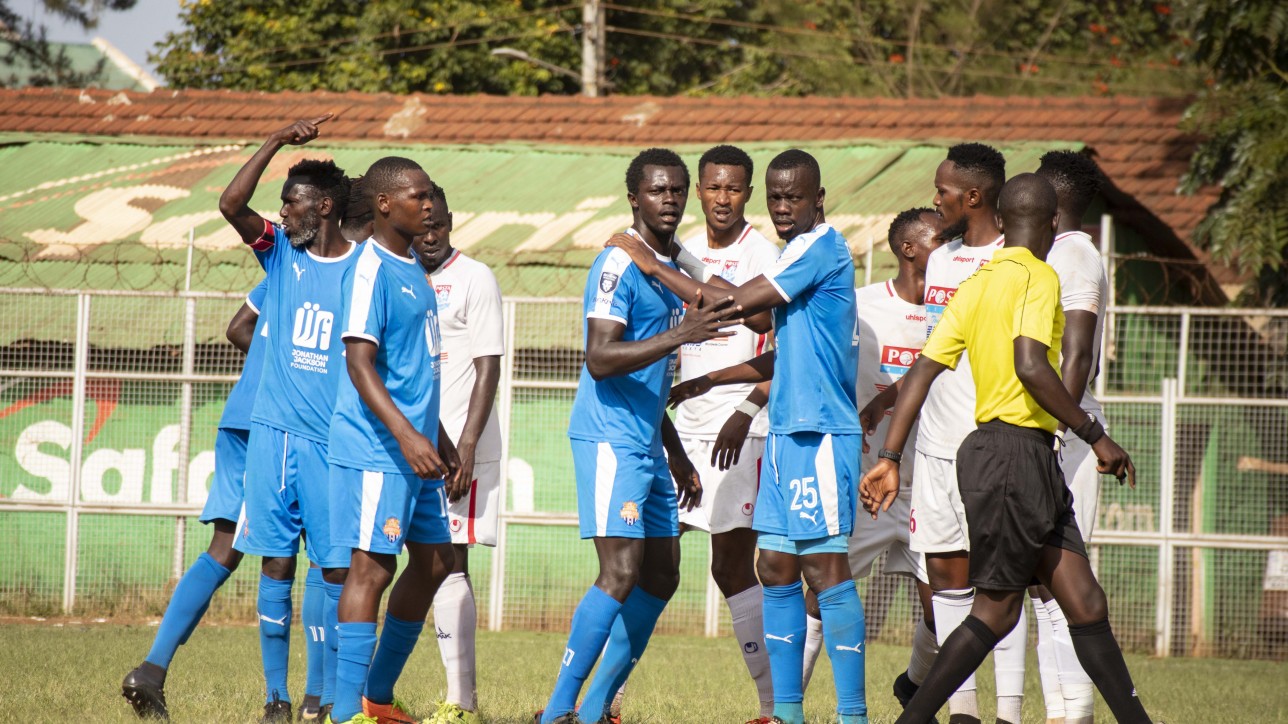 For the first time in six attempts, visiting Posta Rangers ended a streak of five straight topflight draws since 2011 after beating Nairobi City Stars 2-1 in a 21st round FKF Premier League played in Thika on Wednesday 9 March 2022.

Rangers scored in the fifth meeting through Patrick Otieno and then with seven minutes to time through substitute Cavin Odongo to cruise to the win.

Stopper Lennox Ogutu had tied the game at the stroke of halftime when he sneaked on the blindside to head a perfectly floated freekick by Dennis Decha Wanjala at the near post past the reach of keeper Jairus Adira.

Otieno’s opener was initiated right after City Stars keeper Steve Njunge left his line to chase a ball and when a cross arrived from the left, Otieno took his time before placing it high at the corner for Rangers’ opener.

City Stars should have been 1-0 up as early as the third minute but Davis Agesa fluffed a Timothy Babu Ouma pass in the box to hand Adira an easy picking. Adira’s quick restart is what yielded the opening goal for Rangers.

Within the next few minutes, City Stars’ response was a freekick by Babu and a corner by Decha that were both wasted.

By the 20th minute, a purposeful City Stars spurn four chances by Babu that all went begging including a shot that flew wide.

In the 22nd minute, a lively Patrick Otieno forced Njunge to a fine save to concede a corner that was cleared.

Njunge had to be at this best five minutes later to punch out a freekick, and two minutes later to stop a Rangers’ counter with a catch atop the box as the visitors looked to double matters.

Two corners for City Stars within the same period did not amount for much.

At the half-hour mark, Maloba miscued a header off an Agesa cross. The next moment Rangers’ forward Brian Otieno attempted to sneak the ball at near-post but Njunge was keen to pick it up.

Moments later stopper Kenedy Vidic Onyango saw yellow for stopping a charge to the box. That confirms that he is suspended for the next game.

With the game heading to halftime, City Stars leveled through Lennox who caught up with a high freekick from Decha to head in when it seemed the ball was rolling out of play.

Minutes into the second half, Babu scored off a Decha freekick but the goal was ruled out for offside.

Within the next five minutes, Posta bundled out a freekick from the edge of the box and City Stars wasted two corners.

The swings in search of goals by either side continued and in the 57th minute Otieno took a good shot in the box but it flew marginally wide as Posta looked to take the lead.

Five minutes after arrival, Lokuwam thought he had put his side in the lead when he tapped from close range but it was denied due to an offside.

In the 79th minute, Posta pulled out right back Dinken Mwenda for Sammy Imbuye as Cavin Odongo came on for Jackson Dwang.

Cavin’s needed just needed three minutes to settle and was at the right place at the right time to smack home a spilled ball from Njunge in the box to score what turned out to be the winning goal.

His goal came to minutes after Brian Otieno had let fly a shot from outside the box.

Cavin’s goal spurred Simba wa Nairobi who went in search of the leveler. They found the back of the next five minutes later when stopper Vidic fired a rebound off a freekick but it did not count as he was ruled offside. Babu got a yellow for protesting the offside call.

To lock out City Stars from forward progression, moments after they brought in Augustine Kuta for Nicholas Kipkirui, Posta brought in Kenedy Odhiambo, and Victor Majid for Patrick Otieno and Vincent Wasambo at the stroke of full-time.

With 21 rounds played, City Stars stays third with 35 points as Rangers’ moved up to sixth with 32 points with the win.

Next up for Simba wa Nairobi is an away trip to Bukhungu, Kakamega to face Vihiga Bullets on Sunday 13 March 2022 starting 3 pm.