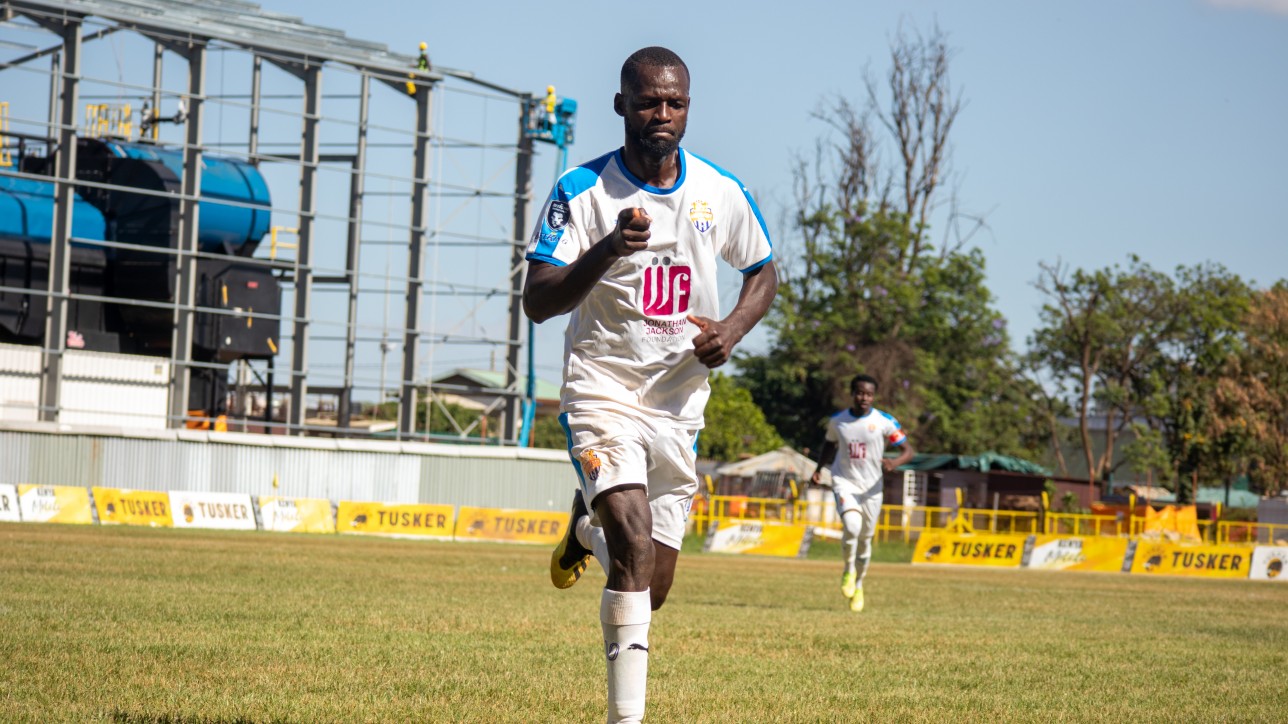 Opiyo opened the scores with a sublime freekick in the 20th minute off the edge of the box that had been won by Ezekiel Odera.

He earned his first-ever brace in City Stars colors after receiving a Nicholas Kipkirui pass in the 35th minute. With a swift turn, he hit the ball low to the far post past a Mathare keeper Bryne Omondi.

Though on the losing end, Mathare started on a bright note forcing two fruitless corners off City Stars in the opening four minutes.

By the time the clock has hit ten minutes, Odera had tried had an unsuccessful shot at goal as stopper Edwin Buliba had a freekick straight at Bryne.

The next three minutes saw Danson Kago of Mathare fire straight at keeper Jacob Osano from the right as City Stars responded with Odera’s shot that bore a wasted corner.

Odera was to force a freekick in the 19th minute outside the box with a straight sight of the goal that Pinchez buried past Bryne for the opener.

Odera could have doubled matters three minutes later but his dinking header off a cross from the left by Davis Agesa flew wide.

By the half-hour mark, City Stars had failed to make use of a corner earned by Timothy Ouma, and had a freekick by Opiyo hit the crossbar. Pounce on the second ball by stopper Salim Abdalla yielded a goal but the referee called for offside.

A minute later City Stars had a direct attack on Mathare after Ouma drifted from the left inwards only to fire straight at Bryne. The move was off a counter after a Mathare corner was cleared.

With ten minutes to go, Opiyo had doubled matters after good communication – then a pass – from Kipkirui from the left. He grabbed his brace with a far-post effort.

The goal came on either side of Daniel Otieno’s tame shot on City Stars goal and a freekick that he had won and taken by Ken Ochieng ended up with Osano.

Action in the first half came to a wrap with Ouma firing straight to Bryne as Alphonse Ndonye of Mathare doing the same on the other end as his hard shot ended up with Osano.

The second half was a tale of missed chances for, especially, City Stars.

Within the first ten minutes left-back Dennis Wanjala had a freekick end up with Bryne as Ouma and Kipkirui both failed to hit the target while within sight of the goal.

Kago had the best two chances for Mathare, the first at the hour mark and in the 71st minutes but he fired the first, a freekick, straight to Osano then shot wide while in good space. He was to do the same right at the death of the game.

The first changes in the game came in the 68th minute when Daniel Otieno of Mathare had to be pulled out injured. His place was taken by Eugene Wethuli.

With three minutes of the game to play, Osano was forced to a double save, first from Kago then the fresh Wethuli, in what eventually earned him his fifth clean sheet of the season in eight games.

After that huge moment, Muki – starter of the previous eight games – fired two good balls wide while in the box as Kago replicated the same with the final action of the game.

With the win over Mathare, Simba wa Nairobi scales up the log from the fifth spot to second with 17 points from nine games as Mathare stayed 14th with seven points.

Next up for Simba wa Nairobi is a home game against KCB in Ruraka on Friday 17th December starting 1 pm.