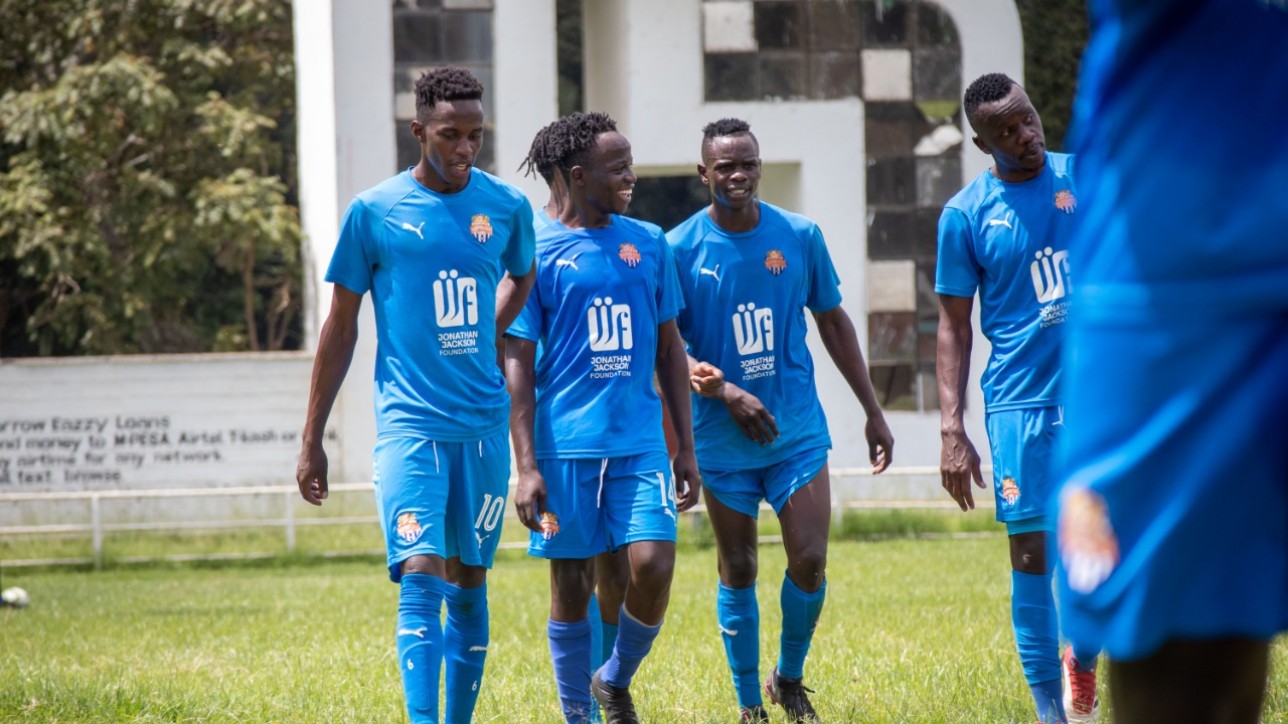 Attacking midfielder Rowland Makati aka Babu, notched up only his third goal of the season as he guided Nairobi Stima, a club where is on a season-long loan, to a much-needed 3-1 win over Gusii United at the Migori Stadium on Wednesday 2 June 2021.

It took Makati six minutes to activate the scoresheet to hand the visitors the lead. Five minutes later Emmanuel Pala double matters as Stima took command of the game.

Benjamin Chaka added the third in stoppage time to end Nairobi Stima’s seven-game losing streak, consequently lifting the side out of relegation spot 19 to 17 with 22 points from 19 games.

Daniel Muhatia scored a consolation for Gusii United who until recently was known as Sony Sugar.

“We had a great game as all the players gave their all and we played as a team,” said Makati

“The team is now looking sharp and I believe it is the start of (more) wins,” added Makati

In mid-February, Makati scored the winner, leading his side to a 2-1 dispatch of visiting Kisumu AllStars at Camp Toyoyo, to lift his side up third from the sixth spot.

During the season-opening game away in Thika in mid-December 2020, Makati, on his debut for Nairobi Stima and in the NSL, came off the bench as his team trailed 2-0 to score once before providing an assist for John Njoroge to force a share of the spoils with a 2-2 scoreline.

On loan at Nairobi Stima with Makati is promising Nairobi City Stars midfielder Ronney Kola who is a regular in the squad.

Kola had an assist in a 2-1 loss to promotion-chasing Kenya Police in the game that preceded the Gusii United game.