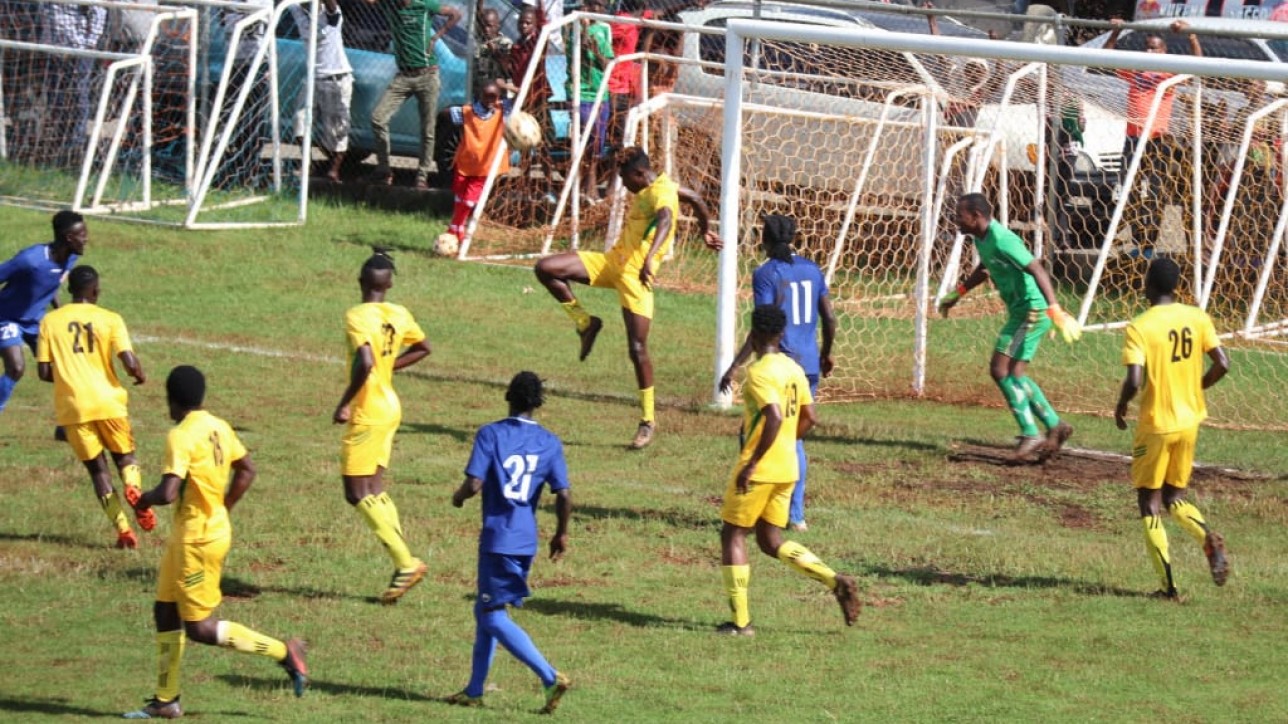 A penalty at the death by Noah Abich handed a determined Nairobi City Stars a hard fought 2-1 win over visiting Fortune Sacco in a National Super League (NSL) round 10 clash at the Hope Centre Kawangware on Monday 21 October 2019.

Abich stepped up to slam the penalty home in the dying minutes of the game – his maiden goal this term and first from the spot from City Stars this season – minutes after Fortune Sacco had vehemently disputed a call by the referee to award the spot kick earned after striker Ebrima Sanneh, while breaking to the box, had forced one of the visiting defenders to handle the ball.

The game ended in a 0-0 draw at the close of first half but eight minutes into the second half David Gateri raced into space to slam home a long ball from defender Salim Abdalla.

That lead was however cut shot 15 minutes from time after substitute Babu Kisaji raced from mid pitch and while at the edge of the box, ahead of Abdalla and Wycliffe Otieno, hammered an unstoppable shot past he reach of substitute keeper Ronny Kagunzi.

A bizarre incident in the first half saw starting keeper Lewis Opiyo rushed to Hospital after hitting the upright while diving to clear a dangerous shot. A forced substitution saw the entry of Kagunzi for his first game this season.

It was all City Stars in the first half but missed chances seemed to have dominated the script. Davis Agesa perhaps had the most reasonable of all chances when, in the 28th minute, he beat the offside trap and got to within six yards of goal. But with just the keeper to beat, he saw the ball stolen right at his feet by a daring Fortune keeper to the awe of a reasonable crowd that had come to watch the game.