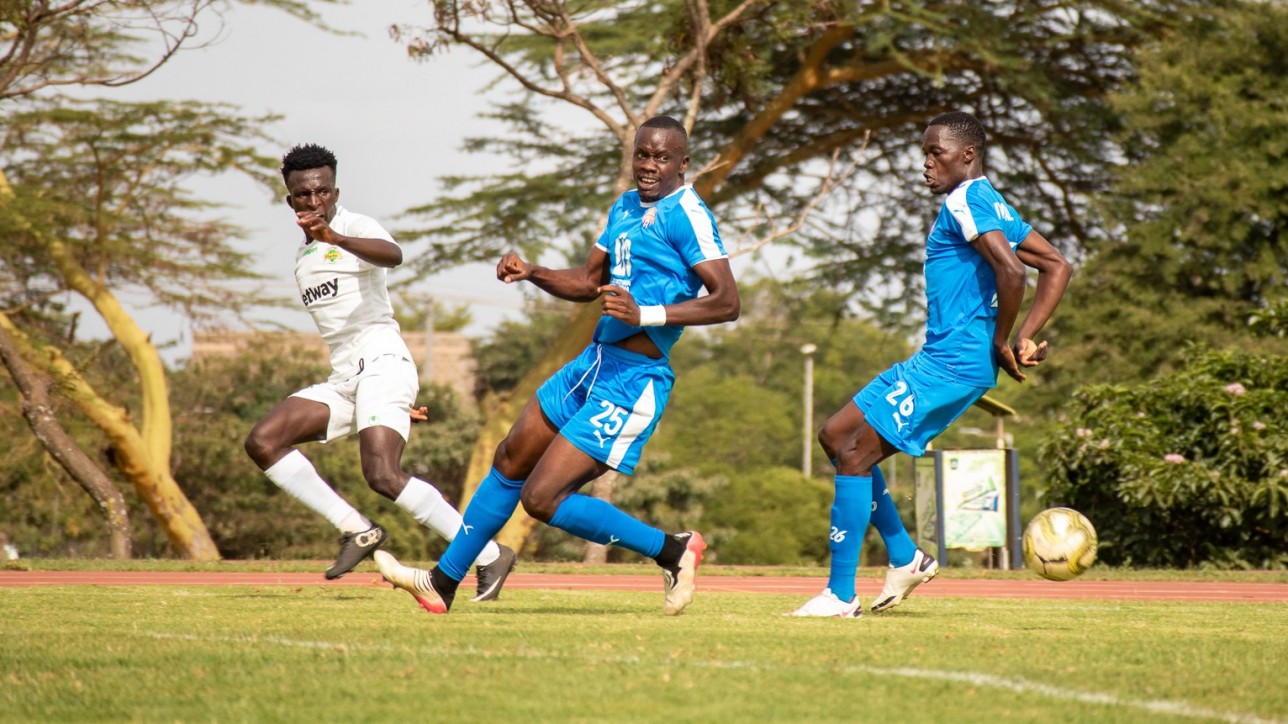 The center half, now in his second season with Simba wa Nairobi, reflects on the first set of games played, as he looks at the horizon for the final game of the season.

“So far so good and I thank God for everything. Personally, I am happy with my performance during the first leg of the season and pray to even improve in the second leg through hard work as there is always room for improvement,”

City Stars currently sits second in the 18-team log with 31 points garnered from the 17 games played so far.

Simba wa Nairobi is now within three points of Vidic’s immediate former employer Kakamega Homeboyz. The second placing is pleasing to him;

“Collectively as a team, we’ve done well so far but the focus and hunger to achieve our seasons’ targets is still on course till the last game of the season,”

Of the 17 games played by City Stars, Vidic has been in the team set up 15 times and has gone on to feature in 12. Three times he was left on the bench and once he came on in the second half, but has gone on to complete a full eleven games.

“There’s healthy competition in the team but through the “yes we can” mentality, we’ve really improved as a team,”

What does the second leg hold?

“It is said, a good day becomes evident in the morning, the first leg was our morning and hope it will end up great come evening (second leg). It’s not over until it’s over, we keep fighting up to the last game, the last whistle.” added Onyango

With Vidic staying optimistic, City Stars kick off the second half of the season with a 416 Km road trip to Sudi to face Nzoia Sugar on Sunday 13 February 2022. Kenedy ”Vidic’ Onyango takes on a Posta Rangers player during a 7th round Premier League game on Fri 8 Jan 2021 at Kasarani. The game ended 1-1