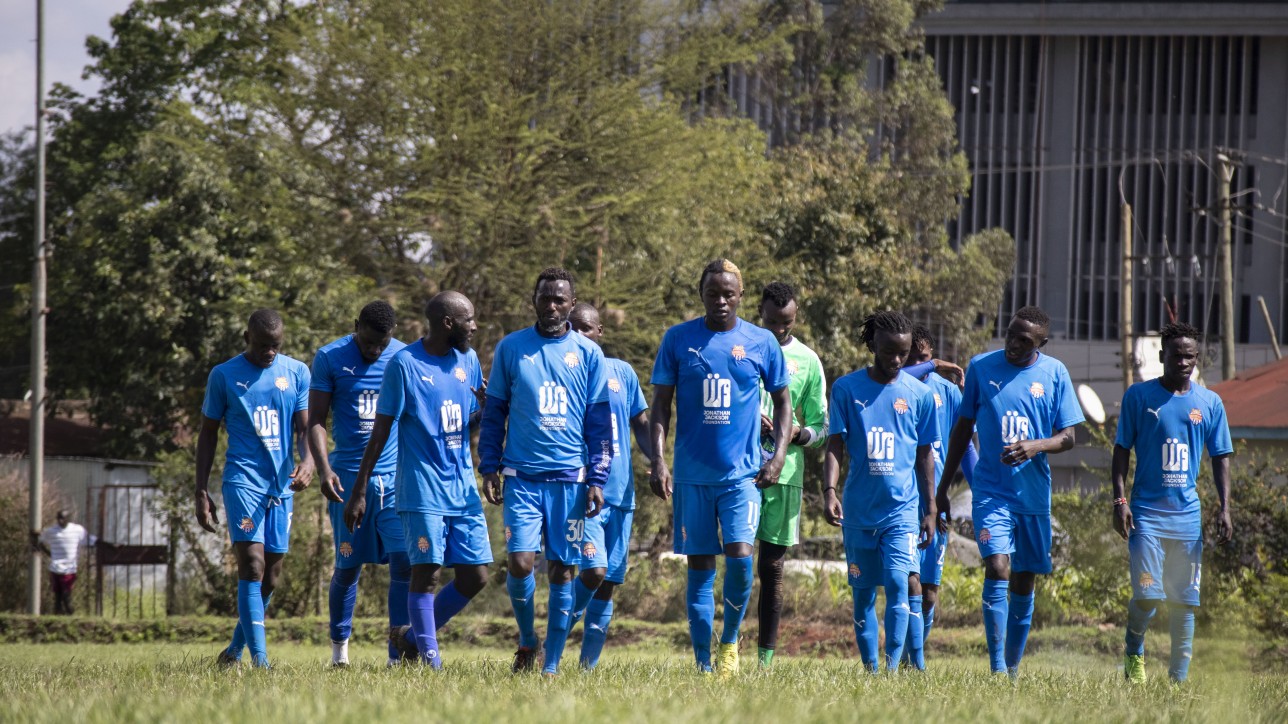 Save for skipper Anthony Muki Kimani and offensive Oliver Maloba, there will be nine new players lining up in Nairobi City Stars colors as the team hosts Nzoia Sugar at the Narok Stadium on Sunday 29 November 2020 starting 1pm.

This is as head coach Sanjin Alagic from Bosnia makes his bow in the Kenyan top flight in Nairobi City Stars 321st Premier League game, the first since 19th November 2016 in the season when the team got relegated.

While Muki last featured for City Stars in the Premier league in 2009, but rejoined the club in July 2019, Maloba was part of the 2016 lot.

They are joined in the starting 11 by defenders Salim Shitu Abdalla and Wycliffe Wiki Otieno, as well as midfielder Elvis Noor Ojiambo who all joined the team in July 2019.

Vidic and Shitu will be the stoppers as Herit and Wiki take their places as fullbacks.

Teenager Elvis will have Peter Pinchez Opiyo, and Muki for company in the mid as Ombija and Maloba operate on either wings. Agesa, the City Stars all-time top scorer in the NSL, will lead the lines upfront.

Ezekiel Odera who scored the clubs 304th and last Premier League goal in 2016 is part of the firepower on the bench as well as overall captain and City Stars longest serving player Calvin Masawa.