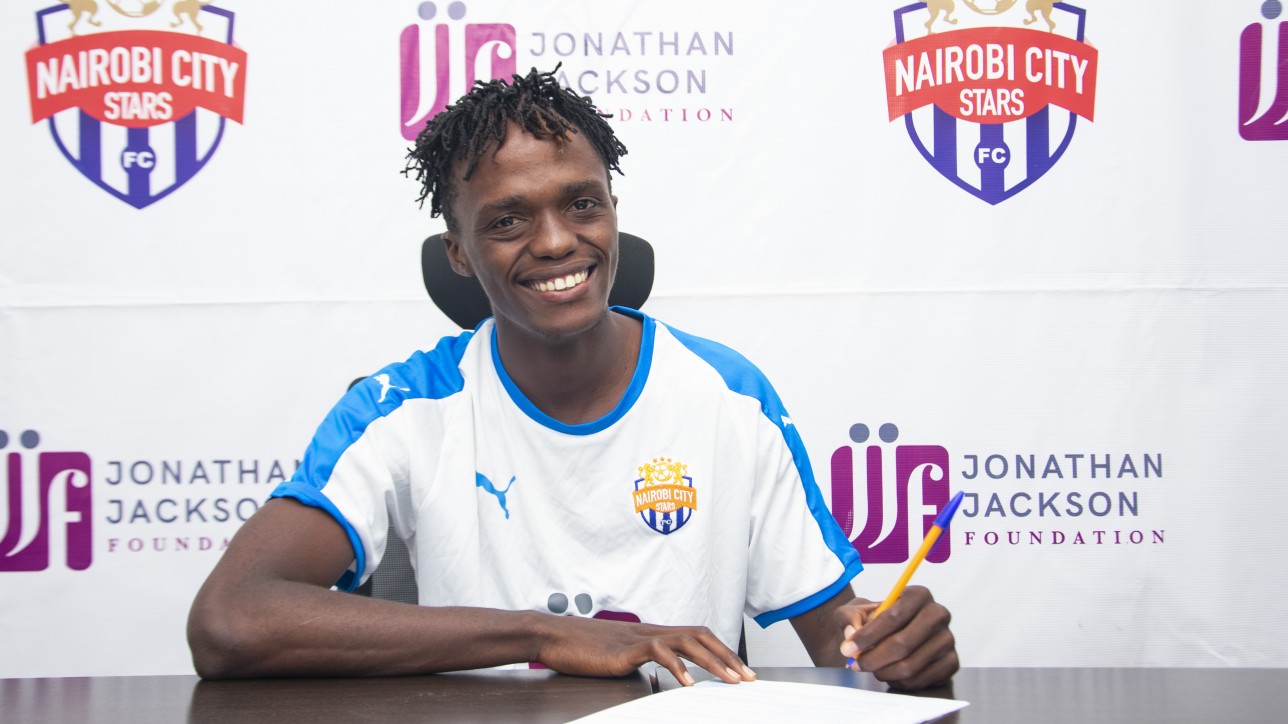 Left channel operator Herit Mungai Atariza is the last new face at Nairobi City Stars in this transfer window after joining on a one-season deal.

Mungai, at home as a left back as well as left wing, was last in the ranks of Nationwide side Coast Stima.

“Herit hands the coach good options on the left both at the back and further up. He is a quality player and on behalf of City Stars we welcome him on board,”

“With his arrival, City Stars has officially closed transfer activities in the current window.” confirmed Otieno

On his part Herit, a former Kariobangi Sharks, Posta Rangers and Kibera Black Stars player made a brief comment;

“It feels great to join City Stars as the club has been my dream team since I was a young lad.”

Herit will don jersey no. 28 at Simba wa Nairobi.