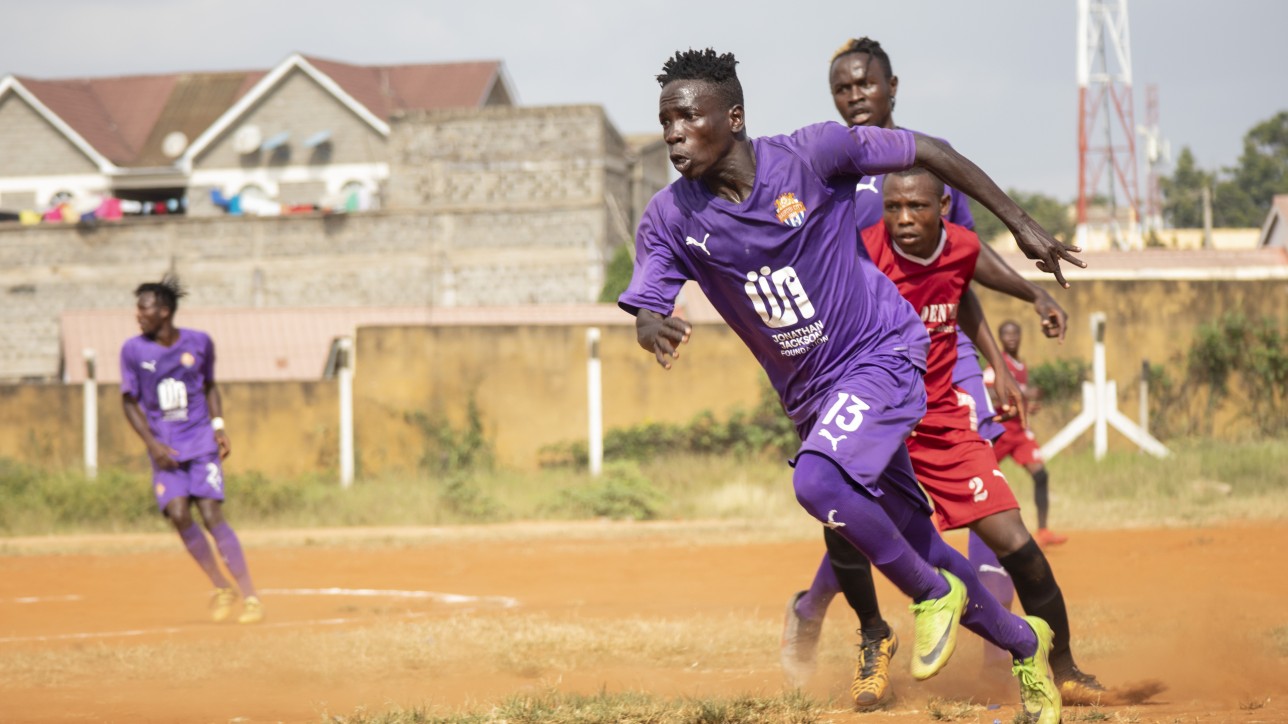 Kibera BlackStars scored very late to force a 2-2 draw against Nairobi City Stars during a friendly match played at the Ng’ong Vapor grounds on Thursday 7 April 2022.

Walter Juma had Black Stars up 1-0 in just the seventh minute but City Stars were level in the 18th minute after stopper Kenedy Vidic Onyango scored an awarded penalty.

Keeper Steve Njunge was forced out of the game with an injury as BlackStars grabbed the opening goal. He was replaced by former Kenya U20 call-up Elvis Ochoro.

Five minutes into the second half, City Stars went ahead through flyer Rodgers Okuse Okumu off a delivery from Dennis Decha Wanjala.

The game was to end even when, in the 97th minute, second-half substitute Don Bolo scored the leveling goal.

*File Photo – Okuse in a past game