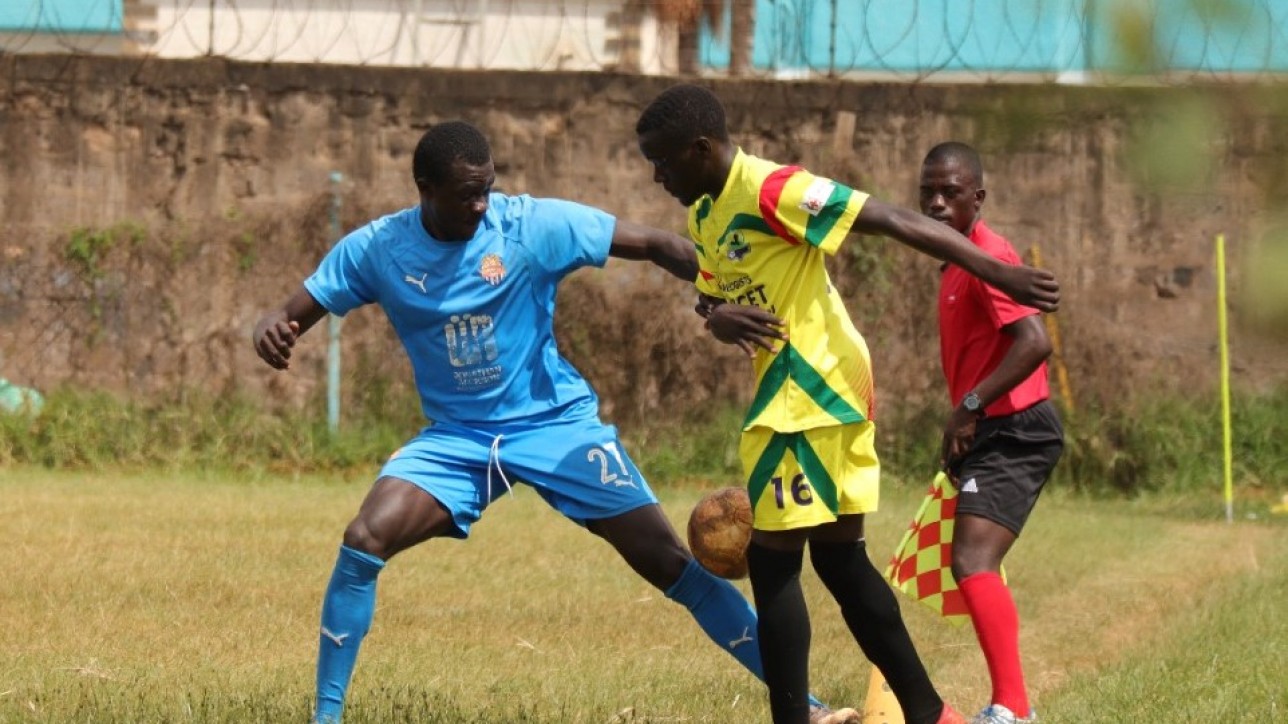 Stopper Lennox Ogutu marked his return to the Nairobi City Stars starting lineup with a debut goal in the 3-0 dispatch of his former side Mathare United in Thika on Saturday 26 February 2022.

Lennox had missed out on playtime in eight straight games but marked his re-entry to starting lineup with a header on 50 minutes off a Timothy Noor Ouma corner.

Till his goal, City Stars had never scored directly from a corner since returning to the top flight last season.

The excitement of scoring was too much for Lennox that he celebrated vehemently against his former side.

“It had been long since I scored a Premier League goal and I had been searching. This one was memorable that I had to celebrate,”

“The goal is exciting and I hope to score more for City Stars in games to come,” said Lennox

His last premiership goal was back on 24 Feb 2021 for Mathare United at Kasarani Annex in a 1-1 stalemate with Wazito.

Lennox’ goal set the turnaround tone as Ezekiel Odera and Nicholas Kipkirui followed up on the goal with two more in the 64th and 84th minutes.

He became the third stopper at City Stars to score this season following up on Salim Shitu Adballa and Kenedy Vidic Onyango who scored in 4-0 and 3-1 wins over Vihiga Bullets in Ruaraka and over Wazito in Thika, respectively.

Our short trip to Thika bore 3 points as we completed the DOUBLE against Mathare United!