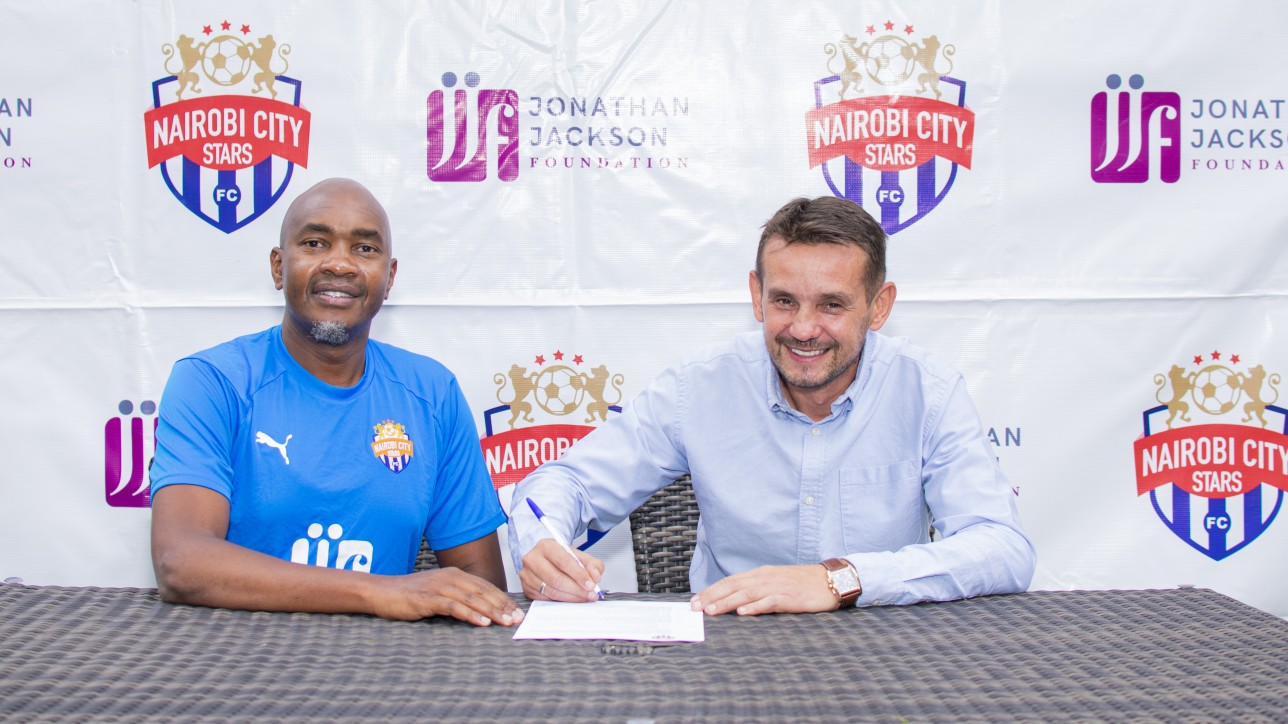 On Wednesday 23 December 2020, Nairobi City Stars hosted Vihiga United at the Utalii Grounds in a round six Premier League game that ended 1-1.

With the game in the second half there were allegations that our coach Sanjin Alagic had made some racial slur against Vihiga United players at half time and for the rest of the evening the same flowed freely on social media.

Sanjin left the country the same evening on a prior scheduled flight for a planned holiday. He only returned to Kenya on 7th January 2021 to resume duty in time to take charge of a game against Posta Rangers at Kasarani the following day.

While Sanjin was away, and after releasing an official statement on the same, we as a club opened up our own investigations on the very sensitive matter.

Prior to that we asked for any evidence from those that were on ground on the said  allegations. None was ever provided. Our investigations did not reveal anything racial had been said, or indeed that anything was said which could have been misconstrued as racial.

The (Football Kenya) Federation has since shared with Nairobi City Stars what was captured on match reports by the match officials on the day. The reports confirm no racial slur was overheard.

We have come to understand that those that came up the unfortunate allegations never formally reported it to authorities.

In trying to find peace so as to concentrate on his area of expertise – the reason he left Bosnia in July 2019 to handle Nairobi City Stars – this is what Sanjin has to say on the matter;

Over the past two weeks I have kept silent, but I have been raging inside. I am hugely grateful for my players and my club, for supporting me and for not being afraid to tell the truth in public.

On Wednesday 23rd December 2020, my team played against Vihiga United in the Kenyan Premier League. We played at Utalii and the game was attended by around 30 – 40 people.

Most of the attendees were standing behind the technical area and therefore they would have been within earshot of me, the players and the match officials. The ground is not a big stadium and we did not have a huge

attendance on the day, so there was not much noise from the crowd that could have covered the sound of anyone talking. It is reasonable to expect that most people attending could pretty much hear the communication between the players on the pitch, the players and the coaches, and the referees themselves.

With our team 1-0 down at half time, I was angry with the referee for several decisions that I felt, and I maintain, went against my team.

At half time, I went up towards the referee and made my feelings known.

Football is an emotional sport as we all know, and the referee as well as everyone else in the ground will have known that I was not happy. Our owner and chairperson, Jonathan Jackson, came up to me and asked me to calm down, which he was correct to do. I consequently did.

We went in for the half time break as normal; just like the other team. There was no indication of anything out of the ordinary for a football match; one team being pleased at being in the lead, and the other being disappointed at being behind.

We came out in the second half and equalized immediately. We could have won the game, and at the end I remained disappointed that this was not the case.

When I heard about the allegations, my initial reaction was absolute shock. I did not have communications with the opposition, and I certainly didn’t say what I am alleged to have said. The fact that anyone has even suggested that these words could come from my mouth is hurtful, disrespectful, and a complete lie.

There is no chance, whatsoever, that anything even close to what is alleged against me happened. I am pleased to receive the full support of my club and all of the individuals at the club, because they all know exactly who I am as a person and as a professional. However, despite this support, I cannot shake how disgusted I am that someone would come up with sickening lies and attach it to my name. Making such comments affects my career, my club, and my family. My club, and my employers have already come out and publicly stated that they will not tolerate this. Neither will I.

Racism is the lowest of the low. Having seen racism destroy my country and lead to war when I was younger, I detest it and stand against it. It should be taken with utmost seriousness. When people flagrantly make baseless claims of racism it affects the person in question and everyone around them. In addition to that, it disrespects all of the people within the system that are trying to eradicate racism from our game and from our world. Crying ‘wolf’ now means that the next person who does suffer from racism will not be taken as seriously.

Unfortunately, it appears that those individuals concerned didn’t think their actions through.

Thanks to all of the support I have received, in the interim period, Goal.com not only retracted the article and the allegation, but made a public apology.

This is available for all to see https://www.goal.com/en-ke/news/apology-and-retraction-of-allegations-made-against-sanjin/ke9f50kw6de215ax4gdxdelh9

In addition, several other publications have also made public apologies. No one should accept when such lies are connected to their name without any justification, and I will not accept this either.

My legal team, and the legal team of the club, have been working over Christmas and have sorted out most of this mess, globally.

I want to thank everyone who knows me both in Kenya and abroad for the unconditional support that you have shown to me since this situation arose. Your support is more than appreciated.

Although the allegations have now been retracted, I am still not calm. I want to be calm.

If indeed I was guilty of the allegations I would not have returned after my scheduled festive recess. I am sure that my club Nairobi City Stars would not have allowed me back into the country had their investigations proved otherwise. I do believe the federation too could have sanctioned both myself and the club had the reports from the match officials supported the incident, but we have clearly seen that this was not the case.

I urge those that carried the allegations freely to also carry my side of the story too.

This is the first and last public comment I will make on this.